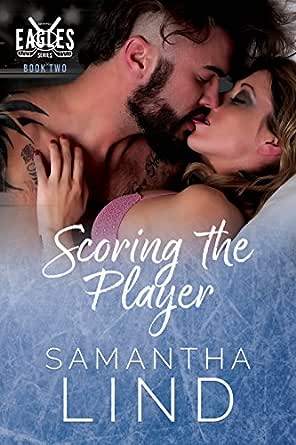 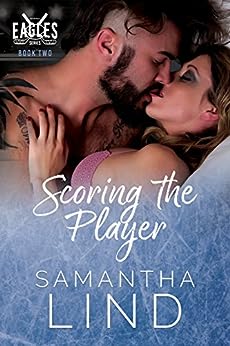 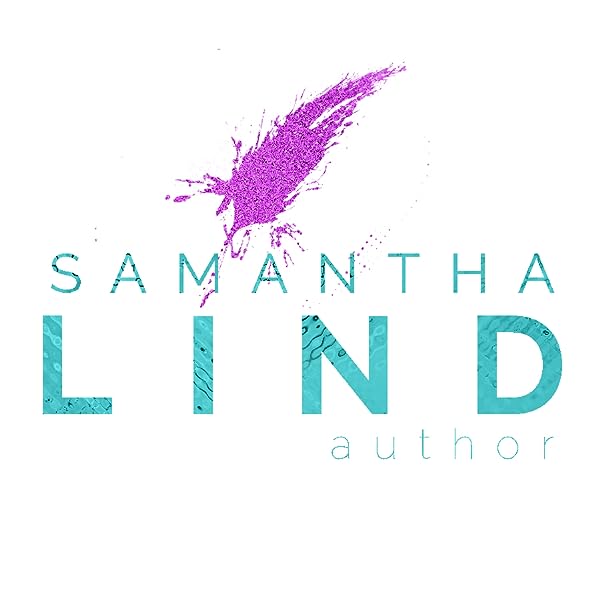 sharon jones
TOP 500 REVIEWER
5.0 out of 5 stars Brian & Kinley
Reviewed in Australia on 10 February 2019
Usually I find the second book in a series doesn't quite live up to the first book. But I have to say book two in the Indianapolis Eagles series surpasses book one.
I liked how this story ran parallel to book one in the beginning, but it then veered off totally into Brian and Kinley's story.
Their story is beautiful and heartbreaking at the same time. I thought Samantha done a wonderful job in portraying Kinley's emotions, and it was throughout this part of the book I fell even more in love with Brian.
Now on to book three!!!
I voluntarily reviewed an advanced readers copy of this book.

Brian is a long way from the playboy that he used to be and has found the woman who is it for him, he just has to convince Kinley that he is serious. What a sweetheart he is! He talks the talk and walks the walk with confidence. I love him.

Kinley takes a while to work Brian out and the couple goes through some really tough times. This makes the story even more compelling and had me eager to read this in one sitting. It took a while for me to feel the connection between Brian and Kinley but, once the story built, I loved this couple.

This is a well written and beautifully emotional story. I am looking out for more from Samantha.
Read more
Helpful
Comment Report abuse

Sarah P
TOP 500 REVIEWER
4.0 out of 5 stars Good read
Reviewed in Australia on 24 September 2019
Brian and kinley make this story what it is. So good
Read more
Helpful
Comment Report abuse
See all reviews

Lisa(New Hampshire)
5.0 out of 5 stars "I want to shower you with whatever you need, want and desire."
Reviewed in the United States on 9 February 2018
Verified Purchase
Kinley met Brian six months ago when he came to Alaska for the Stanley Cup tour with two of his teammates. She was out with her best friend Becca when they bumped into them and they all decided to have dinner together. After dinner, Brian asked her if she would go on a date with him before he went back home. Kinley was hesitant about accepting his invitation because she had heard that he was a player and womanizer, but since he was a perfect gentleman during dinner, she agreed to the date. They spent the next week together, keeping their relationship strictly platonic. She was surprised how comfortable she felt with Brian -- it was as if she had known him forever. She was upset when he had to go home for the summer, but she needed to get to know him better before taking their relationship to the next level. Texting and Facetiming would have to do.

Brian is a star defenseman for the Indianapolis Eagles hockey team. Beautiful women are always flocking to him, and in the past, he had never said no. He never knew if they truly liked him as a person, or if they were hockey groupies looking for a short term fling that they could tell their friends about. He knows his soulmate is out there somewhere, so he would have to be patient. When he met Kinley, he was immediately attracted to her natural beauty and sexy smile. He was glad she agreed to spend time with him before he had to leave to fulfill his hockey commitments. He desperately wants to have a romantic relationship with her, but he respects Kinley and doesn’t want to make her feel uncomfortable. Brian hasn’t known Kinley long, but she really understands him and if she is truly the one for him, he will wait for her forever.

How will Kinley react when she sees Brian again? Will she realize that Brian has changed his ways and give him a chance?

Can Brian convince Kinley that their connection is real and that they are meant to be together?

I have been patiently waiting for Kinley and Brian’s story and I was not disappointed!! “Scoring The Player” is romantic, emotional and magical. Kinley and Brian had an immediate attraction to each other and I couldn’t wait to experience their journey to love and happiness. Their love is unconditional and as a couple, they overcame any obstacles that got in their way. Samantha Lind has given us a beautiful love story that I know everyone will love as much as I did, and I am looking forward to the next book in the series, “Playing For Keeps.”
Read more
One person found this helpful
Report abuse

Laura F
5.0 out of 5 stars So swoony
Reviewed in the United States on 8 February 2018
Verified Purchase
This book is everything. I laughed, I cried, I wanted to toss my kindle, I needed a hug more than once, and I swooned. This second book in the Indianapolis Eagles series can be read as a standalone but Scott and Becca's story is awesome so you should definitely read that too.

Brian has a pretty well known reputation for being a ladies' man, a playboy who never takes anything seriously. Kinley has had her fair share of bad boyfriends and nights that never amounted to anything other than a good time so when she meets Brian, she's not interested in anything other than friendship.

I admit, I was like everyone else in the world. I thought the facade of Brian was the real Brian but I was very quickly proven wrong about him. He's amazing. We all need a Brian in our lives. Watching Brian and Kinley build a solid foundation of friendship had me swooning and sighing for so much of this book. I wasn't expecting all of the emotion I felt from this book but it all made me love these two that much more. I can't wait to see what's up next for the Eagles!!
Read more
One person found this helpful
Report abuse

michelle m reynolds
5.0 out of 5 stars Great Book 2 to the Series!!
Reviewed in the United States on 8 February 2018
Verified Purchase
"If we do this, there's no turning back, Kin. You can't push me away again. It will kill me."

I absolutely adored this story!! The misunderstood hero meets the strong-willed heroine. The humorous banter, the tension of holding back, the joy of finally giving in, and the feeling of knowing you've found "the one", all the feels are here.

Kinley Williams hasn't had the best luck at dating. She's on hiatus. Then she meets Brian Kelly. He's got the reputation of being a player, and more than just on the ice. She's not going to be his "Girl of the Month", but she can't deny the attraction. Determined to keep him in the friend zone because of his womanizing, she finds it more difficult to do the more she gets to know him. Which persona is the facade? Is it the womanizer, or the sensitive good guy she's seeing? How long can she keep him at arm's length when her heart wants to let him in?

Brian Kelly has enjoyed the celebrity of being on a winning national hockey team. He's had his share of "puck bunnies" but he's grown tired of it. It's just not holding the same thrill it used to. He's ready to settle down, but he's never sure if a woman is interested in his celebrity and money, or if she's interested in just.....him. Meeting Kinley sparks something in him that he hasn't felt before. He wants her, and for more than just a quick fling. But, due to geographical distance, schedules, and other hurdles, she just wants to be friends. That's ok. He'll wait. But,he'll do his best to convince her that he's worth the chance.

When she finally lets him in, and lets her walls down, it's better than he ever imagined. When tragedy strikes and she pushes him away, will he fight for her, or let her go?

I love this series so hard!! I can't wait for the next book!
Read more
Report abuse

Brigid Brown
4.0 out of 5 stars Sweet and swoony!!!
Reviewed in the United States on 9 February 2018
Verified Purchase
Scoring the Player is the second book in Samantha Lind's Indianapolis Eagles series and I loved it just as much as the first! Kinley, the girl looking for that someone special, and Brian, the player, are just so perfect together and have such a sweet romance! Scoring the Player has so many feels, Samantha had me laughing and she made me tear up a bit. One part I really appreciated the most, and it's definitely on the minds of many, is women's rights. I applaud they way she handled this subject matter. Scoring the Player is a standalone and can be read without having read Just Say Yes (you should read it though, because it was really good).
Read more
Report abuse

Judy Hartley
4.0 out of 5 stars Scoring the Player by Samantha Lind is the second book ...
Reviewed in the United States on 9 February 2018
Verified Purchase
Scoring the Player by Samantha Lind is the second book in the Indianapolis Eagles series. This is a stand alone book.
Brian Kelly has a reputation as a player. Until he meets Kinley Williams while visiting Alaska with his teammate. They spend time together during his stay and realize they want to keep in touch when he goes back home. Eventually Kinley goes to visit Brian. They soon realize this relationship is serious and they need to make some changes. Can they make it through the long distance and some challenging times? One click and find out.
Read more
Report abuse
See all reviews
Get FREE delivery with Amazon Prime
Prime members enjoy FREE Delivery and exclusive access to movies, TV shows, music, Kindle e-books, Twitch Prime, and more.
> Get Started
Back to top
Get to Know Us
Make Money with Us
Let Us Help You
And don't forget:
© 1996-2020, Amazon.com, Inc. or its affiliates