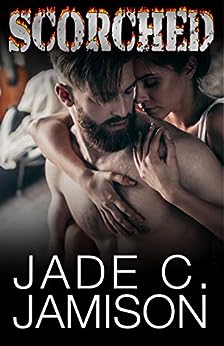 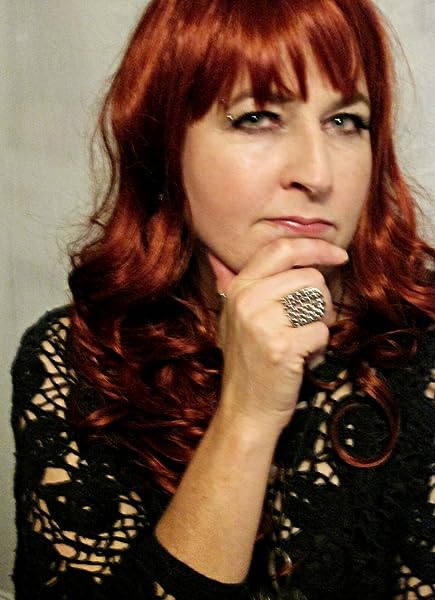 She lives in Colorado with her husband and four children.

Find out more at www.jadecjamison.com Sign up for Jade's newsletter at http: //www.subscribepage.com/s8f0y5 --This text refers to the paperback edition.

Doris
TOP 500 REVIEWER
5.0 out of 5 stars Yet Another Hit!!
Reviewed in Australia on 29 September 2017
Here’s a rock romance that brings together the “evil” and the “righteous” ideas and beliefs. As many of the righteous feel that rock/metal music is evil and there can’t be anything enlightening to be had from listening the music and the musicians behind it. Not only does the Ms. Jamison bring this to light, she then throws the older man, younger woman situation into this story as well. Yes, I believe most of us women who in the “older” category love to hear about the older woman with the younger man (lol) but this was very endearing by the way the author brought out the very good in an older man not making him look like the “creepy old guy preying on young girls”.

Sam was the leader singer in LFS had lived every aspect imagined as the bad boy hard rocker who seemed to just be waiting for a little “Grace” to enter his life. So when he leaves the city to get is stuff together after catching his long term girlfriend cheating with another woman he wants to take a step back and reevaluate everything around him. He knows he loves his music and the men from the band who have become his brothers but he needs to reassess his personal life. What better way to do that than by buying a house in a suburb taking himself out of the fame and fortune scene? This is where Sam finds his Grace living next door. Even though Grace comes from a family which is very close and religious she knows exactly who Sam is because unlike most of the people around her, Grace loves rock music and knows quite a bit about the hard rock music scene. Grace may seem young and inexperienced but she is a very strong young woman and believes in her convictions.

You’ll have to read this story to see how Sam and Grace try to bring the two worlds of “evil vs good” together. Is it even possible when Grace comes from a strong family and religious oriented background to even fathom the idea that a member of the band she had idolized think that they would have any kind of a connection at all or is it all just wishful thinking?

I received this book as an ARC for a freely given and honest review.
Read more
Helpful
Report abuse
See all reviews

After breaking up with his girlfriend, Sam heads in search of solitude but finds himself living next door to a girl who simply takes his breath away.

Fighting to remember that Gracelyn Ward is much younger than him, and with a beguiling innocence, Sam struggles to keep his distance from Grace but with all good romance stories, Sam’s efforts are in vain as both he and Grace become enamoured with each other.

What starts out as a simple, and unexpected, friendship eventually becomes more as Sam and Grace take tentative steps towards love. Sam, having had multiple partners, is conscious of Grace’s innocence but doesn’t realise the full extent of it until their fate is sealed. Sam tries to be open and honest with Grace and is keen to extend the same courtesy to her parents, but Grace is hesitant and their relationship becomes clandestine and you can’t help but await the inevitable fallout.

Whilst I loved the way Sam and Grace fell for each other, I struggled to come to terms with the age difference. Whilst she is 19 years old and clearly an adult, the way she has been protected by her parents and their religious beliefs, makes her come across much younger. I don’t know if that was the intention or just the way Grace appears to readers but her lack of sexual experience means she is the polar opposite of the groupies of the same age that Sam faces regularly. That said, what feels like an almost seemingly impossible romance becomes a reality as Sam falls in love with Grace.

I didn’t think anyone could rival Clay/Jet but Sam Archer managed to turn me upside down with his sweet, caring and tender ways. Gone was the hardcore rocker and in its place, we get to see the real man behind the showman. I loved the way he tried to protect Grace from the problems that their relationship would inevitably bring and when he realised that she was it for him, he comes back to her doing what he does best.

As expected with Jade C Jamison, this was a well-written story and not without the usual band references that she is known and loved for.
Read more
Report abuse

Louise H - "Life In The Book Lane" Book Reviews
5.0 out of 5 stars Wow - amazing
Reviewed in the United Kingdom on 4 October 2017
Verified Purchase
Wow - just wow. It's been a while since I read a 'Jade' book and I'd forgotten how different they feel to many contemporary romance books. And that is different in a good way.

Grace was written so well, and whilst she felt young and naive in some ways, e.g. future career paths and still being in awe (afraid?) of her parents, you could still feel the strength of her character. You could see her determination and how she would mature into a strong and confident woman - in fact I'd love us to catch up with this couple sometime in the future (hint, hint).

I was blown away by how the author wrote Sam's character. He was at once a hedonistic rock god and yet a deeply moral and caring man too, not that the two are mutually exclusive. I loved his internal dialogues and debates over any possible relationship with Grace, and how very real this made him feel. In fact I just loved Sam, how a heavy-metal dude could come across as hard-core and sweet amazes me, but thus is the talent of the author.

The plot was fairly simple, this book focuses on the building relationship, how and why the hero and heroine got there and how they try and overcome the obstacles in their path. There was actually very little s-e-x in the book and yet the steam factor felt so much higher and the chemistry between Grace and Sam was sizzling hot.

This book had me from beginning to end, there wasn't one line of it that made me roll my eyes or took me out of their world. I've read some of the previous Bullet books, but none of the Feverish line. So whilst I knew of the band and Jet/Clay I didn't know Sam, however I was fully able to read, enjoy and understand this book and highly recommend it to all those who love a well written romance.
Read more
Report abuse

Kindle Customer
5.0 out of 5 stars Rock Star Brilliance!
Reviewed in the United Kingdom on 3 October 2017
Verified Purchase
I received an ARC of this book, from the author, in exchange for an honest review. This book absolutely blew me away! I love a rock star romance, I love a Jade C Jamison book and I certainly wasn't disappointed on either count.

A sheltered 19 year old girl and an older rock star moving next door was enough to hook me in. I loved the way that Jade made this story a slow burn, really taking the time to build the characters and give the reader chance to get to know their situations properly. The challenges that their contrasting lives threw up were realistic.

The story was compelling, I couldn't put the book down. By the time I'd finished I was just left wanting more. An exceptional read.
Read more
Report abuse

L beaver
2.0 out of 5 stars Okay
Reviewed in the United Kingdom on 10 October 2017
Verified Purchase
The story is about Sam who is in a band needing to get away when he splits with his long term girlfriend. His new neighbour recognizes him as she is a fan if the band. Grace is nothing like the women he has known in the past.
Read more
Report abuse

Kindle Customer
4.0 out of 5 stars A LONG JOURNEY ...
Reviewed in Canada on 26 July 2020
Verified Purchase
to their hea! Sam and Grace’s love developed slowly from the day they met. It was a slow burn but worth every moment for them! Not without conflict, Sam persevered and in the end won his girl, his life mate. I love the awakening of a new love mixed with a hot rock god!

I especially loved this book’s dedication by Jade to her father. Beautiful!
Read more
Report abuse
See all reviews
Back to top
Get to Know Us
Make Money with Us
Let Us Help You
And don't forget:
© 1996-2021, Amazon.com, Inc. or its affiliates