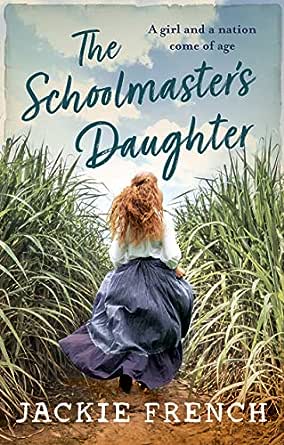 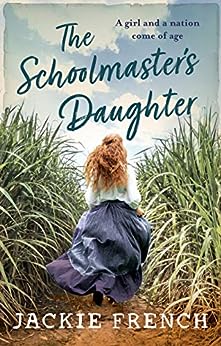 Drawing on her own family history, this is a story from Jackie French about education in Colonial Australia - and how women once had to fight for their right to it.

Sharks circle the stranded ship as Hannah and her family head to a new home in the newly formed nation of Australia. Hannah's father has a new post as the schoolmaster in a larger school in northern NSW, where the school's wealthy patron, a sugar planter called Mr Harris, will give the family a life of comfort and the best society.

But secrets lurk in this subtropical paradise. From the moment Hannah's mother rebels against her husband's refusal to let Jamie, the Pacific Islander boy who rescues them from their shipwreck, into his school, the facade crumbles. Mr Harris's fortune is built on slavery and the whip. And the new Federal government's first law demands that all Pacific islanders - even those born in Australia - be deported. If Mr Harris learns of the secret school that Hannah's mother is running, it will mean ruin, violence, and possibly even death.

Hannah and Jamie must fight for Jamie's right to stay in the land he loves, and for their rights to education and equality.

Can the friendship and love of two young people win against such prejudice and power?

Based on the lives of Jackie French's great-grandparents and grandmothers who taught - and fought - for equal education and the rights of all Australians, no matter what their background or the colour of the skin, this story shows us how the bravery and the battles of the past can give us courage for the challenges of today.

Jackie French AM is an award-winning writer, wombat negotiator, the 2014–2015 Australian Children's Laureate and the 2015 Senior Australian of the Year. In 2016 Jackie became a Member of the Order of Australia for her contribution to children's literature and her advocacy for youth literacy. She is regarded as one of Australia's most popular children's authors and writes across all genres — from picture books, history, fantasy, ecology and sci-fi to her much loved historical fiction for a variety of age groups. ‘Share a Story' was the primary philosophy behind Jackie's two-year term as Laureate.