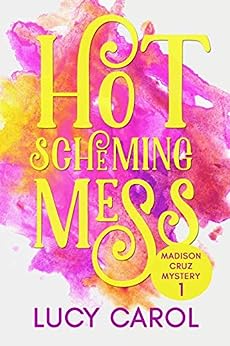 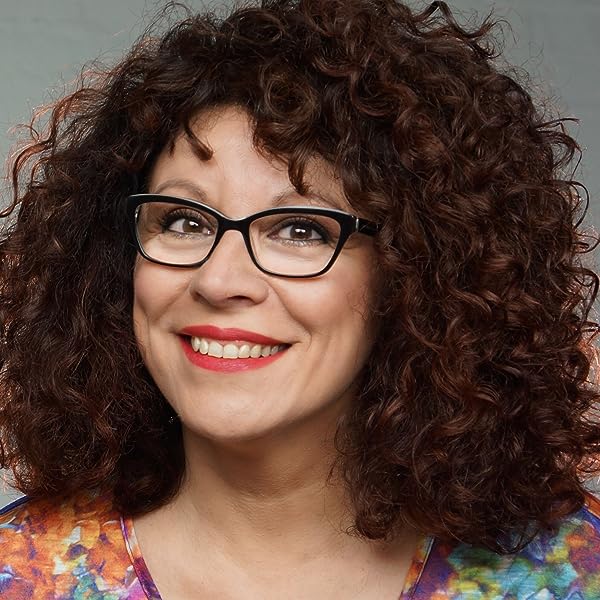 Lucy Carol's top priority is to entertain you, and keep you turning pages. She writes mysteries for those who like it fun, fast, and don't mind losing a little sleep. Living and writing in the Pacific Northwest, she loves martinis, flowers, dancing, a good lipstick, and cake. Her background is in the performing arts, having been an actress, voiceover artist, choreographer, and singing telegram. --This text refers to an out of print or unavailable edition of this title.

4.1 out of 5 stars
4.1 out of 5
145 global ratings
How are ratings calculated?
To calculate the overall star rating and percentage breakdown by star, we don’t use a simple average. Instead, our system considers things like how recent a review is and if the reviewer bought the item on Amazon. It also analyses reviews to verify trustworthiness.

Toots Sullivan
TOP 500 REVIEWER
5.0 out of 5 stars Crazy hilarious serious fun
Reviewed in Australia on 10 November 2017
Verified Purchase
I think I could read this authors books forever! Serious international double spy and spooks at large, two men vying for attention. a crazy totally lovable extreme cast of friends. What else do you need for a fantastic book. Well great character depth, intelligence, a good imagination and wonderful writing! Its all in this book.
Read more
Helpful
Report abuse

dee perriman AU
5.0 out of 5 stars Killer-Gram!
Reviewed in Australia on 24 April 2018
Verified Purchase
"Hot Scheming Mess" has a plot full of humour, sneakiness, blackmail, and romance with a wonderful cast of characters that will have you chuckling. An outstanding mystery with intriguing twists and turns.
Read more
Helpful
Report abuse

Kindle Customer
5.0 out of 5 stars girl power to the nth
Reviewed in the United Kingdom on 10 June 2017
Verified Purchase
Absolutely Fabulous start to a new series. Madison is quirky, sassy, smart and does all the things we wish we could do. The storyline is terrific and the characters fit into their slots beautifully. It is fast non-stop action with humorous scenes. Absolutely wonderful. For all who like cozy mysteries or books with great characters. More please. Highly recommended
Read more
2 people found this helpful
Report abuse

MummyC
4.0 out of 5 stars It gets there!
Reviewed in the United Kingdom on 6 July 2017
Verified Purchase
Slow to start with, not really inspiring, but for some inexplicable reason, you just can't not read to the end. And it was better than I was expecting. I finally warmed to the lead character, struggled at one point to place another, but at the end it caught my interest and I enjoyed it. Will I read another? Probably if only to see if it moves at a faster pace.
Read more
One person found this helpful
Report abuse

Must Love Books
5.0 out of 5 stars Hot Mess Anything But
Reviewed in Canada on 26 August 2013
Verified Purchase
Madison is a great character. Struggling to make ends meet while trying to make a living as an artist she does crazy things like a fake fight with wrestlers to come up with the rent money. But something strange is going on. Her grandfather is in a knock down to the death fight with another man and then he disappears. Her mother is a spy and her honorary uncle is not the man he seems to be. Can she figure out what's going on and keep everyone she loves safe in the process. Read it and find out, you'll be glad you did!
Read more
Report abuse

Chanticleer Book Reviews
5.0 out of 5 stars Sassy, Smart, and FUNNY! an Entertaining, well- plotted and intricate mystery!
Reviewed in the United States on 20 March 2018
Verified Purchase
Madison Cruz wants a breakthrough acting job, money in her purse, and fun with the sexy guys vying for her attention. Instead, she delivers singing telegrams for a living. Then her grandfather gives her mysterious evidence that must be kept sealed and hidden, he disappears, and now, spies are watching her every move. In other words, Madison’s life is a hot scheming mess!

Estranged from her FBI mother, Madison feels her family ties are confusing. Recent attempts by mother and daughter to bond often result in awkwardly hilarious scenes. Also, when her beloved grandfather disappears and Madison begins investigating, her creative problem-solving skills are downright laugh-out-loud funny. As luck would have it, she’s up against some organized bad boys. Fortunately, she’s got some willing and loyal friends she can count on as things begin to heat up. Among those friends is one particularly appealing hot interest nicknamed ExBoy with his dangerously handsome looks. He and Madison become entangled in the mystery and much, much more. But he’s not the only guy interested in knowing Madison better.

Spenser, Madison’s best girlfriend, repeatedly advises her to use more caution - a piece of advice that never lasts for long. The two gals have a relationship where they not only have good times together sharing jokes and stories, they also look out for each other in this wild, Los Angeles life.

This story, the first book in the Madison Cruz Mystery series, is an entertaining whirlwind that will keep readers breathless with plot twists and turns, and roaring with laughter. The funny situations the characters find themselves in are so imaginative, and their innovative solutions will delight and thrill cozy mystery fans. Best of all, at the core of this fun story is a very well plotted, intricate mystery to solve, about cleverly fleshed-out characters who will tug at your heart.

Author Lucy Carol is an entertainer and a storyteller. Her background is in the performing arts as an actress, voiceover artist, choreographer, and even a singing telegram performer. She married the love of her life, enjoys martinis, flowers, dancing, a good lipstick, cake, and of course fun and fast-paced mysteries. She lives in the Pacific Northwest, and has three books in this series, with the next one out soon.

Madison Cruz demonstrates that a sharp mind, a sense of humor, and a full purse can work wonders. Never be caught without them.
Read more
6 people found this helpful
Report abuse
See all reviews
Back to top
Get to Know Us
Make Money with Us
Let Us Help You
And don't forget:
© 1996-2021, Amazon.com, Inc. or its affiliates