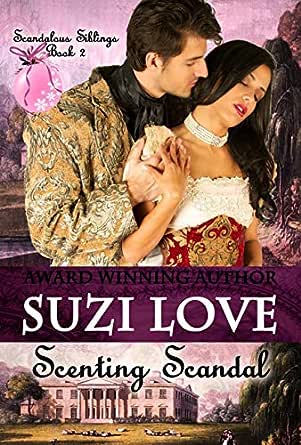 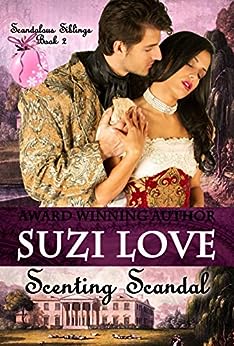 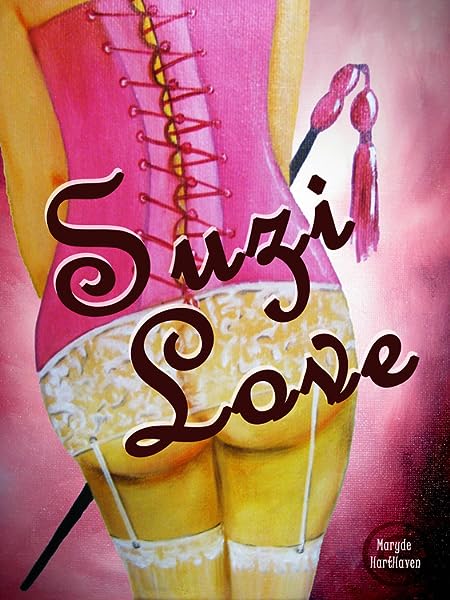 Lady Laura Jamison uses her extraordinary olfactory senses to sniff out her perfect match, a husband who fits all her scientific criteria. But after she evades an assassin's bullets, twice, while attending her sister's wedding, she is forced to accept the protection of their family friend, and her nemesis, the Earl of Winchester. Richard evades marriage with someone as beautiful and intelligent as Laura, fearing she'll uncover his shameful childhood secret.
The mismatched pair risks their wealth and reputations racing around London's seedier areas in a desperate attempt to stop a madwoman before she recruits more criminals and rebuilds her illegal share trading syndicate. When they accept each other's strengths and weakness, will Laura and Richard also discover a passion neither counted on?

I'm an Australian author of historical romances from the late Regency to early Victorian years, with a little bit of the Australian outback thrown in. I've had a lifetime fascination with all things old, weird, and exotic. I love to travel, visit historic places, and talk to crazy characters. I also adore history, especially the grittier and seamier side, so I write about heroes and heroines who challenge traditional manners, morals, and occupations, either through necessity or desire.
click to open popover

Pdub
3.0 out of 5 stars Good story
13 February 2018 - Published on Amazon.com
Verified Purchase
The book was a fun and enjoyable read. However, I gave it the average review because typos were prevalent throughout.
Read more

Kindle Customer
5.0 out of 5 stars Wonderful
5 September 2014 - Published on Amazon.com
Verified Purchase
I loved the strength , intelligence, innocence and charm of the clever females. a recommended series for those experiencing a lack of self-confidence.
Read more
One person found this helpful

M. E. Almaguer
5.0 out of 5 stars Scenting Scandal by Suzi Love
3 September 2014 - Published on Amazon.com
There’s something so loveable about the bluestocking/rake trope, even though I’ve read it countless times. As long as writers find new and interesting ways to make each story unique and original, I’m happy to read them. And a bluestocking scientist is even more fun. Pippa from Sarah MacLean’s wonderful One Good Earl Deserves a Lover and Minerva from One Week to Be Wicked by Tessa Dare come to mind. Here, in Suzi Love’s very amusing Scenting Scandal, we encounter another smart young woman (along with her intelligent and scientifically-minded siblings) who is determined to find her perfect mate by his smell. Yes, you read that right, by his olfactory qualities. Lady Laura Jamison is an aromatherapist who uses herbs and carefully documented scientific experiments to conduct her tests but the one man she is inexorably drawn to doesn’t match her olfactory trials, darn it! If this sounds a bit silly at first, you won’t be laughing long when you read this thoroughly charming love story.
"Something about his soap-scented linen shirt nagged at her senses, a tiny incongruence she’d ponder later in her distillery." (p30)
Richard, the Earl of Winchester—and I couldn’t help but think of Jane Austen’s family joke about the name, Richard, as I read it—is an old friend of the family, a typical gentleman aristocrat who has taken mistresses over the years and is now charged with acting as protector to the two youngest Jamison daughters, Lottie and Laura, while his cousin, Sherwyn, a duke, and the ladies’ sister, Becca, are on their honeymoon. He doesn’t relish the idea, but he doesn’t mind in the least being close to “Luscious Laura.” He is terribly attracted to the raven-haired beauty and their good-natured and provocative sparring is the best part of this sweet romance.
But Richard has a shameful secret that he’s terrified the intellectual and brainy Laura will discover, so he pushes away all his feelings for her, desperately trying to not become too involved with her. But he cannot help himself as her fire, her intelligence, and her wit utterly fascinate and beguile him. And eventually undo him.
“To his misfortune, he noticed everything she did or said.” (p20)
Laura is a strong and willful heroine, as astute as she is attractive. She has a lovely no-nonsense quality about her that allows her to pursue her scientific interests yet leaves her time to tend to her close-knit family and her bravery surprises Richard at every turn, especially when they encounter danger. She is no man’s fool and can tell a simpering dandy from a mile away.
“It wasn’t in her nature to expect a gallant knight to scoop her up and carry her across a muddy road. She’d rather grab whatever was on hand and build her own bridge across.” (p43)
What is odd, however, but perhaps in keeping with Richard’s determination not to deflower a virgin—not to mention her brothers would kill him—is that their love is never fully consummated! They do pretty much everything but the deed and this surprised me considering how highly-charged their encounters were. I can’t help but feel a wee bit let down but the story is so fun to read, the pace moves along at a nice energetic clip, and the hero, heroine, as well as all the minor characters, are all interesting and enjoyable to read, that I can’t mind too much.
Richard is a smooth, funny, and magnetic gentleman, the perfect strong and protective foil to Laura’s inquisitive nature, one that drives him to distraction. The very qualities that vex him—her keen curiosity, her meticulousness, and her desire to explore more of the world—delight and captivate him. He knows a life with her as his wife will never be dull, which makes his ridiculous determination to seek a dull and boring wife all the more silly. And her unwillingness to consider him as a suitor because he doesn’t match her scientific experiments makes for some hilarious moments.
The humor in this book is lighthearted and infectious. The Jamisons are a loving and close-knit bunch, despite the fact that the patriarch of the family prefers to be away on archaeological digs. Their loyal and quirky servants are all former criminals, saved from a harsh life, Lottie provides comfort to Laura while Aunt Aggie manages the home fires.
“It was a Jamison family joke that even if the sky was falling to earth, Aunt Aggie would still manage to ring the bell for tea and cakes.” (p126)
The mystery element in this story is secondary but it becomes the impetus for our hero and heroine to fall in love. They are thrown together in their search and determination to stop a greedy woman from forming an illegal share trading syndicate and the dangerous moments make for an entertaining and exciting read. It also allows both Laura and Richard to see each other in a new and attractive light.
Though this is the second book in a series featuring a family of scientist siblings, I didn’t feel I was missing anything and can be read as a standalone.
Memorable moments:
”’Sweetheart, if anything happened to you, my heart would forever be empty.’” (p116)
“'I don't think love remembers to follow any of the rules of science. Love veers off the straight and narrow pathways simply to trick those of us with analytical minds. The strategy then is to recognize when we've been wrong, admit our mistakes, and move on.'” (p276)
If you enjoy witty and sizzling conversation, a meeting of the minds of two people destined for each other, and a mystery to boot, you will find much to like in this engaging romance.
A modified version of this review first appeared on Romantic Historical Reviews.

Patty McKenna Van Hulle
4.0 out of 5 stars SIDE SPLITTING, HILARIOUS STORY OF OPPISITES ATTRACT
4 May 2014 - Published on Amazon.com
To be a member of the eccentric and outlandish Jamieson clan, you must have unconventional and unique talents, fight anything or anyone for your loved ones, but the most important trait is a Highly Suspicious Nature! The Jamieson also collect enemies, like the Syndicate, who will kidnap, blackmail and even kill for more riches.

Lady Laura Jamieson has a very sensitive nose and uses its talent to help others with the lotions, fragrances and medicines she makes. Her father never loved her and she took up subjects he enjoyed, but his only love is money. Her sisters, brothers and her Great Aunt Aggie have always loved her unconditional. Laura knows she can find her olfactory match if she sniffs and compares every man's scent. Laura has many log books full of findings, but no man can measure up, not even Richard St. Martin.

Richard St. Martin, the Earl of Winchester, is a man known for absorbing any knowledge he gets his hands on and for his sultry bedroom talents. His father was a unloving man and his mother die after another ill advised pregnancy. Richard loves and cares for his sisters, but isn't ready for marriage. When he does marry, he wants a biddable wife that he doesn't love, so when she dies in childbirth he will not be crashed. Richard does have a secret that he carries that could destroy his careful and planned out world and Lady Laura is intelligent enough to smell it out.

Laura's sister marries Richard's cousin and now their worlds are tied together and neither is happy about it. They must work together to uncover the enemy who wants to hurt and control the Jamieson clan. Laura will not be treated as a child and having Richard sticking his nose in her business, no matter how wide his shoulders are. Richard will not allow the stubborn, opinionated and headstrong Laura turn his world upside, no matter how beautiful, captivating and desirable she is. Their journey has many perils along the way like a crazy Countess, rifle shots, man sniffing, a blinded Earl, steamy kisses, a lady that leaps before she looks, explosions, more man sniffing, kooky relatives and a heart warming and passionate love story.

This is Ms. Love second book of the Scandalous Siblings series and I really enjoyed it. I love a book with inflexible and tenacious hero and heroine who fight their inevitable destiny. She created so many comical and formidable walls that Laura and Richard had to slam their heads against. Ms. Love spins a tale of two hearts that are bruised, slightly dented and screaming for the love they deserve. She used fast paced, witty dialogue and whimsical and original characters to suck me into her book world. Ms. Love then made me hyperventilate from laughter, use my last fire extinguisher from her spicy scenes, scream at the characters stupidity and even cry (that ugly, red faced, unattractive one) when Laura and Richard stop fighting long enough to declare their love. Ms. Love gave birth to a world that I did not want to leave, but pitch a tent and get comfortable in. I give Ms. Love 4 fingers up and 8 toes and I THANK her for the hours she gave me to explore her creation.
Read more
One person found this helpful
Go to Amazon.com to see all 6 reviews 4.2 out of 5 stars
Get FREE delivery with Amazon Prime
Prime members enjoy FREE Delivery and exclusive access to movies, TV shows, music, Kindle e-books, Twitch Prime, and more.
> Get Started
Back to top
Get to Know Us
Make Money with Us
Let Us Help You
And don't forget:
© 1996-2020, Amazon.com, Inc. or its affiliates