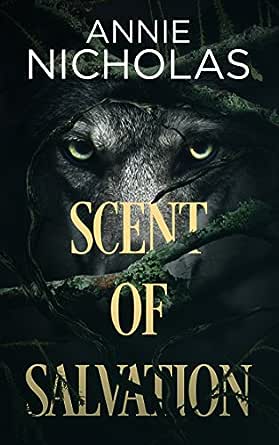 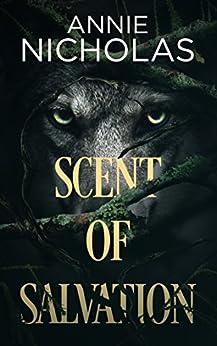 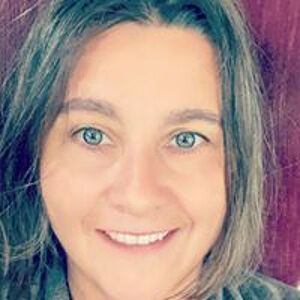 4.4 out of 5 stars
4.4 out of 5
48 global ratings
How are ratings calculated?
To calculate the overall star rating and percentage breakdown by star, we don’t use a simple average. Instead, our system considers things like how recent a review is and if the reviewer bought the item on Amazon. It also analyses reviews to verify trustworthiness.

Carolin3_
TOP 1000 REVIEWER
5.0 out of 5 stars Intensely Fierce
Reviewed in Australia on 27 December 2018
Scent of Salvation delivers every thing that you read In the synopsis and more. Intricately designed world building, a study in behaviour is embodied by the main characters as their world is filled with brutality, ruthlessness &passion. I can't wait to get started on the next book.
Read more
Helpful
Report abuse

Kindle Customer
5.0 out of 5 stars Scent of success
Reviewed in Australia on 14 November 2018
A great way of introducing the old paranormal theme in witha wonderful twist dimensional travel native amicanigo shifters . Will be getting the next book in the series
Read more
Helpful
Report abuse

Mezmerising
5.0 out of 5 stars Worth’s
Reviewed in Australia on 8 April 2020
Verified Purchase
I thoroughly enjoyed this urban fantasy. Dropped into a new dimension Susan must learn how to survive. Sorin could be just the male to help her though.
Read more
Helpful
Report abuse
See all reviews

Chauffeur Sally
5.0 out of 5 stars Scent of a Winner
Reviewed in the United Kingdom on 1 June 2017
Verified Purchase
I have always loved Ms Nicholas' books and this is no exception, one of the very best books I have read this year, and I read a lot. Eagerly looking forward to the next one.
Read more
One person found this helpful
Report abuse

jlk bookworm
4.0 out of 5 stars Scent of salvation
Reviewed in the United Kingdom on 21 December 2013
Verified Purchase
Took a chapter for me to get into this book but then i was gripped, great story and great characters look forward to more from these characters
Read more
Report abuse

Amazon Customer
5.0 out of 5 stars Teenager book
Reviewed in the United Kingdom on 1 November 2013
Verified Purchase
My teenage daughter bought this book and when asked said its awesome and very addictive reading....so id say its a winner!
Read more
Report abuse

Yu
3.0 out of 5 stars Great beginning but storyline and dialogue felt flat after
Reviewed in Canada on 7 January 2016
Verified Purchase
This story had potential for a lot of greatness. It starts off quite nicely, with Susan landing on an alternate world, after doing whatever necessary to prevent the military from getting their abusive hands on her Dimensional Opening Universal Gateaway. She is immediately spotted by Sorin, Alpha of the Apisi clan, and I would have thought Sorin would swiftly ensconce her to his den to deal with his sick pack. They are however both captured (well, Sorin is captured and Susan is escorted as a guest) by a rival clan. This little detour allowed the introduction of some interesting characters, which I thought was a nice touch.

Despite the exciting beginning, I couldn't finish this book, in big part due to the poor character development. I feel that the H and h and some support characters lack the maturity for the role they play. I'll include an example. Once reaching Sorin's den, Susan sees the ill, the dead and his grief and is swayed to help the Asipi pack. I would think her first course of action would be to assess the problem.. But after having a meal with Sorin, her next move is to wash a pile of dirty dishes because "it was in her nature to desire order in any form." I don't quite get this priority when lives are at stake. Then, there is a short internal monologue where she regrets bragging about being smart to Sorin, followed by a conversation with Peder. She ask ONE question about the symptoms the sick exhibit, and moves the subject to what is an Omega, the pack's dynamic and her potential position in the hierarchy, and attempts to strike a friendship with Peder. Other things follow and by the time she tackles the problem, I feel that all this time saving lives was put on the back burner.

Then there are places where the storyline and dialogue felt flat. There was no cleverness to how Peder is captured by Kele's group. Essentially, they bump into each other on neutral ground, have a conversation, and Kele says "Take him". At this point I moved on to another book.