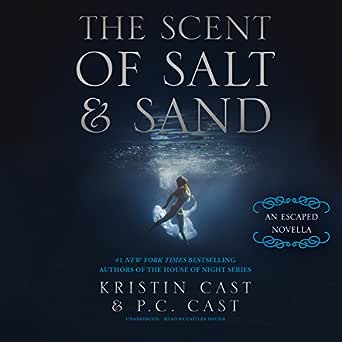 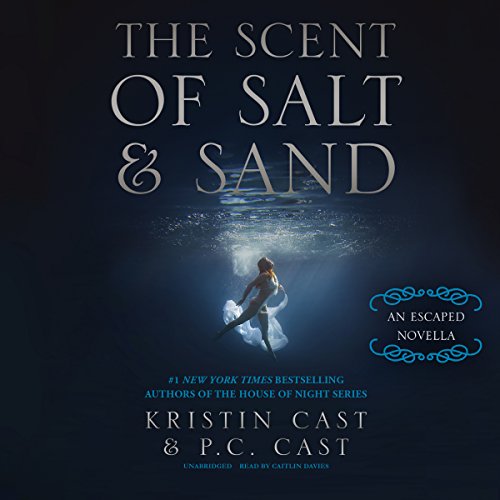 The Scent of Salt and Sand: The Escaped Series, Book 2.5

Ruth7890
2.0 out of 5 stars Would not recommend
Reviewed in the United Kingdom on 7 November 2016
Verified Purchase
Story line does not flow, there is a build up of predatory behaviour that ends abruptly at the end. It seems the book was too short.
Read more
Report abuse

Kim Turton
5.0 out of 5 stars Good Book
Reviewed in Canada on 12 January 2018
Verified Purchase
An enjoyable read. Read it from start to finish in a few days. The story line between Melody and Dean kept my interest.
Read more
Report abuse

Payton Stone
3.0 out of 5 stars Not what I was expecting, but good nonetheless.
Reviewed in the United States on 20 November 2016
Verified Purchase
As much as it pains me to do this officially, I feel like this novella only deserves 3 stars. Not that it was a bad read. It was very, very interesting. But when you think about it in the perspective of being #2.5 in a series, you’d think that it would have something to do with what’s going on in the other 2 books or provide a little more information. This did none of that.

I was hoping to get my fill of the escaped series to hold me over until the third book comes out. This did not do that. Unfortunately.

That being said, it was different than I was expecting because it was literally a completely separate story. Which is fine I was just under a different impression I guess. And expectations can definitely sway your opinion.

The book was still good and a quick, easy read. Which is exactly what I needed at the time. The ending was like the worst possible scenario. Trying to avoid something and it happens anyways. So that was kind of a let down.

The most disappointing thing though, in my opinion, is that it didn’t seem like there was much of a point to the novella. It ended and I was just kind of like ok…

Please excuse the language, but really.

I want to point on the positives here because it really was a good book. Where the title comes from is beautiful. The cover is beautiful. The writing is beautiful. I guess I just wanted something more. The best words I can find for it. I’m not exactly sure what that MORE would have been, but I needed that to feel better about the novella.

Amanda P
5.0 out of 5 stars Mother & Daughter Team are at it again!
Reviewed in the United States on 9 May 2017
Verified Purchase
I have always loved P.C. and Kristin Cast. They are a dynamic duo like no other and it helps they are mother and daughter! This series is like no other! Gods, Goddesses and Sirens, Oh my! But this novella I think is going to tell us how everything started and everything got all out of wack. But because the team Cast is unpredictable, so you never know!

But this story is about Mel the Siren who knows she is different from all of her sisters. The sirens had been banned to Tartarus, but being clever, they found a way out. Now they want to mate(kill) and reproduce to eventually be free of their prison. When Melanie goes to the Mortal Realm, she really finds out she isn't like the others. If you know anything about Sirens, they can lure men in with their voice, seduce and kill them. Well Melanie can't do that. For some reason, she is hearing voices, and she even meets a man in the water. Dean a police officer. And Melanie tries to keep herself away from him, In this story can Melanie go through with killing Dean knowing she is different? P.C. and Kristin Cast wrote a great novella about Melanie the Siren who happens to be different. And in the face of her diversities can she protect the guy she is falling for and what will happen if he finds out what she truly is? To find out read this amazing novella by P.C. and Kristin Cast but you will definitely want to continue on in this series! This Team Cast is full of surprises!
Read more
Report abuse
See all reviews
Get FREE delivery with Amazon Prime
Prime members enjoy FREE Delivery and exclusive access to movies, TV shows, music, Kindle e-books, Twitch Prime, and more.
> Get Started
Back to top
Get to Know Us
Make Money with Us
Let Us Help You
And don't forget:
© 1996-2020, Amazon.com, Inc. or its affiliates