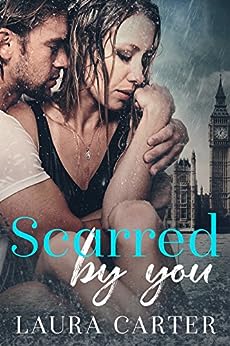 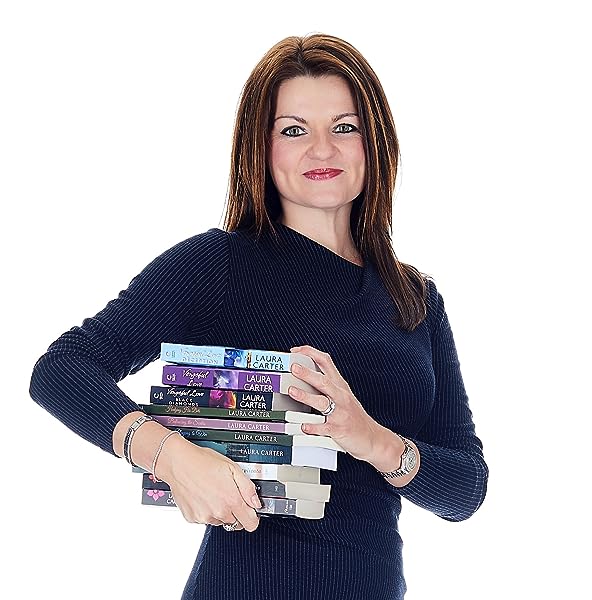 Scarred by You Kindle Edition

Laura Carter is the bestselling author of the Vengeful Love series. She was a full time lawyer until the book world grabbed hold of her and never let her go. Now, she is a hybrid author, publishing traditional and indie titles. She writes full time from her beach home in the Caribbean where she lives with her husband and (beautiful) dog. She loves all things romance-the more angsty the better-dry martinis and dark chocolate. Learn more about Laura and her books here: www.lauracarterauthor.com. Connect with Laura through Facebook (https: //www.facebook.com/lauracarterauthor), Twitter (@LCarterAuthor) and Instagram (@lauracarterauthor). --This text refers to the paperback edition.

Sophie Broughton
5.0 out of 5 stars There aren't enough stars for this!! AMAZING!!
Reviewed in the United Kingdom on 25 October 2016
Verified Purchase
Clark & Dayna. Dayna & Clark. Scarred By You, SCARRED ME! This novel from the lovely Laura Carter was PERFECTION!

Laura blast onto the scene earlier this year with the Vengeful Love trilogy, which was fantastic. So imagine my delight when Laura brought this beauty out. And what a beauty it is.

The blistering connection between Clark & Dayna burnt me from the moment they first came together. Exploded through me like fire and ice, through a deep, emotional push and pull of love and hate. Together they were raw, ruthless, hot. Apart they were raw, ruthless and hot. Everything about them works, thier connection blistering, sizzling through the pages, burnt me up and scarred my heart in the most glorious way!
I love both Clark and Dayna fiercely. Both incredibly strong willed and family orientated but so helplessly in love with the other, so utterly devoted, but so stubborn to see past revenge and family values to go for what they truly want.

Scarred by You is not only a push and pull love story. It's a suspenseful, twisty, story that threw me in so many different directions that when the twists fully unravelled I felt as though Laura had pulled the world from under my feet. It rocked me to my core, shocked me stupid and left me totally breathless.

I loved Scarred by You, loved Clark and Dayna and the intense, powerful words Laura has penned. Every part of this story fits, connects and works. And it's the reason why if I could I'd rate Scarred by You so much higher than 5 stars!
Read more
Report abuse

Julie Kirby
4.0 out of 5 stars A 2nd chance story, full of grit, plenty to get your teeth into, with a great ending.
Reviewed in the United Kingdom on 28 October 2016
Verified Purchase
What an incredible journey we are taken on.

We follow Dayna and Clark as they weave their way through a myriad of emotions, we join them after Clark cancels his upcoming wedding, making you instantly thing he is a scoundrel, but we learn out the truth and how its all for the right reasons.

Dayna, his ex-girlfriend finds out about the cancelled wedding, and from here on in she desperately tries to stay away not wanting to be a rebound.

They have a wonderful connection, and it was really heart breaking watching them, having a very strong will they/wont they feel.

I loved how their friends also made the whole story come together, how they helped them both, with skull duggery and more importantly being there when they really needed their friends.

It must have been so hard for both of them, finding out about the dreadful truths relating to their fathers disputes. Clark's parents were a manipulative pair who desperately tried to control Clarke's movements. I loved how protective he was of Dayna, once she learned the truth about the deception of the oil rig!

Clark and Dayna were competitors, both CEO's for Companies started by their fathers, within an industry known for its competitiveness.

Dayna was a very strong independent lady, but struggled to be accepted in a very male dominated industry, but she does an absolutely fab job, even if she doesn't quite thing so.

The tooing and froing between Clark and Dayna give you whiplash and where you do really feel for them both at times, you can't help but be their biggest cheerleaders.

Truth, lies, hatred, compassion, friendship and love are some of the feels you go through, at times you just wanted to give them both big hugs and t other times a clip around the ear!

Loved the skiing weekend, glad it was the start of them both opening up and actually talking to each other.

I felt the book took on a more relaxed feel towards the final furlong, when they were both actually on the same page, working together instead of pulling apart
Read more
Report abuse

Nicola Naisbett
5.0 out of 5 stars A total page turner!
Reviewed in the United Kingdom on 25 October 2016
Verified Purchase
Having read the vengeful love trilogy i didn't think the author could top it but she has. This book is amazing. The characters are well written and they come alive from the instant you start reading. I was fully immersed into their dangerous and sexually charged world from the outset. The chemistry between Dayna and Clark is immense both romantically and in business.

The author does not disappoint. The book offers love, rivalry, angst like, danger and tension.
Read more
Report abuse

Sarah Loopy Green
4.0 out of 5 stars What a rollercoaster
Reviewed in the United Kingdom on 13 October 2018
Verified Purchase
Well, Clark certainly out Dayna through the mill. I was really pleased with how strong she was portrayed. Clark, the turd; it really took me a while to feel for him. Their journey though really was captivating.
Read more
Report abuse

Viv
5.0 out of 5 stars Good story
Reviewed in the United Kingdom on 29 November 2017
Verified Purchase
Well written story with plenty of drama. Lots of twists to the story that aren’t obvious.
Good read with a HEA

1 click now for a really engaging book
Read more
Report abuse
See all reviews
Back to top
Get to Know Us
Make Money with Us
Let Us Help You
And don't forget:
© 1996-2021, Amazon.com, Inc. or its affiliates