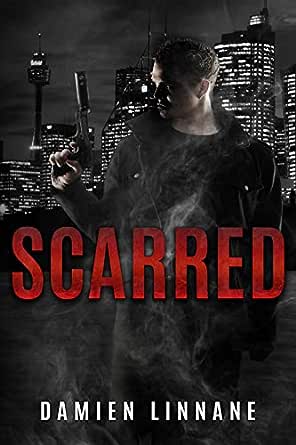 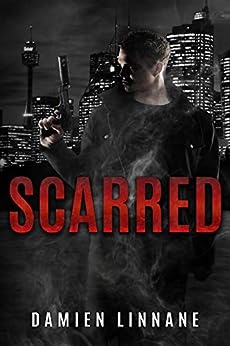 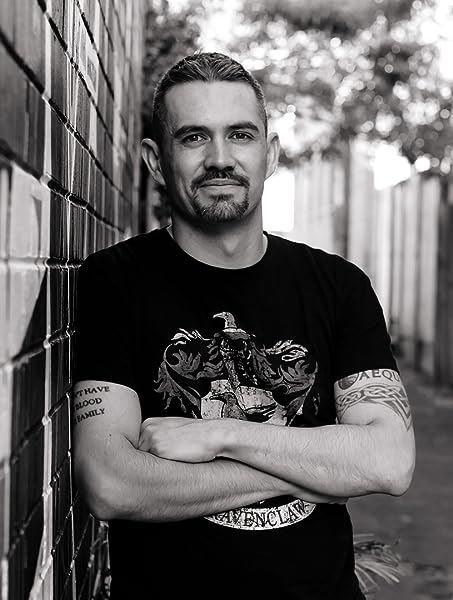 Damien Linnane was born in Sydney, Australia. After working a disparaging collection of jobs following high-school, he spent over five years in the Australian army as a combat medic while completing a degree majoring in psychology. In 2015, at the age of 29, he was sentenced to two-years imprisonment for a series of crimes, including the firebombing of a home, with the sentencing magistrate finding that his motivation appeared to be 'vigilante action'. Scarred was written while he was in custody. Since his release from prison, Linnane has started a business, Vigilante Studios, doing photorealistic portrait drawings by commission, and has completed a master's degree in information studies. He also works as a ghostwriter and is a contributor to the news website 10 daily. --This text refers to the paperback edition.

Isobel Blackthorn
5.0 out of 5 stars A terrific noir thriller
Reviewed in Australia on 8 August 2020
Verified Purchase
A gritty, fast-paced thriller bringing social realism and a strong noir flavour to the streets of inner-city Sydney. I enjoyed the tell-it-as-you-find-it writing style, emotionless, a touch understated, and yet with an undertow of conviction. Meet the far from innocent university student Jason, poor Kelly as she struggles to come to terms with the ghastly situation she finds herself in and Detective Brendan Ames saddled with a gruesome murder. How will their stories intersect? It's a classic literary device and in this instance deployed powerfully in what amounts to a disturbing and compelling read.
Read more
One person found this helpful
Helpful
Comment Report abuse

Kaija
5.0 out of 5 stars Gritty and gripping thriller
Reviewed in Australia on 25 July 2020
Verified Purchase
A page turning thriller, with a gritty and interesting plot. I love that he hasn't shyed away from the rough Australian colloquialisms and swearing, which brings character and adds to the grubby vibe set in Sydney.
5/5 Would definitely recomend.

Steve Jay
5.0 out of 5 stars Good read
Reviewed in Australia on 4 April 2020
Verified Purchase
There but for the grace of God we often say and I think there's a bit of Jason in most of us.
Read more
One person found this helpful
Helpful
Comment Report abuse

Kindle Customer
4.0 out of 5 stars Didn't want to put it down
Reviewed in Australia on 15 September 2020
Verified Purchase
Great book. As early as chapter 2 had me hooked. Couldn't out it down until the end. Can't wait to see what else comes from this author.
Read more
Helpful
Comment Report abuse

Avid Reader
5.0 out of 5 stars Awesome Thriller
Reviewed in Australia on 28 January 2020
Scarred is an excellent debut from an exciting Australian author. This book is destined to be either a movie or a TV series. The pacing is perfect, the action scenes on point. The bad guy in this book is truly revolting, so well written. The hero is an exaggeration of so many of us, fulfilling thoughts we would all have from time to time. The ending of the book is so satisfying, I can’t wait to read what Damien publishes next.
Read more
One person found this helpful
Helpful
Comment Report abuse

MW
5.0 out of 5 stars Fast-paced thriller
Reviewed in Australia on 3 August 2020
Verified Purchase
A compelling, fast-paced page-turner with a surprisingly likeable lead character. I'd compare both the style and the level of graphic violence to Dean Kootz.
Read more
One person found this helpful
Helpful
Comment Report abuse
See all reviews

CRheilan
5.0 out of 5 stars A powerful novel - more than just a thriller
Reviewed in the United States on 18 November 2020
Verified Purchase
This is a well-written, very dark debut novel. Its ‘hero’, Jason, is a text-book study in high functioning autism/Aspergers, though he appears never to have come to the attention of psychiatrists and the diagnosis is never mentioned. Without labelling, or the comfort of a diagnosis, the reader is invited simply to find their way into Jason’s atypical thinking, his inability to read people or faces, his literal understanding of the world, his social ineptitude. It is a feat of rare literary ability that the author enables the reader like this character, identify with him, root for him almost, feel the justice of his perspective.

Jason is a serial killer.

First he kills disreputables: Jason feels the streets would be better off without them. In his unsuccessful, isolated, empty life, this gives him a sense of achievement. Then, responding to the ghosts of his own scarred past, he kills sexual predators and paedophiles. This is his most ‘committed’ activity, the one that gives him deepest relief and contentment.

Interlocking with Jason’s story is a second serial killer – this time one whom one is not invited to like: as dark a portrayal of a sadistic sexual murderer as I have ever read. The net tightening around these two killers – under the tired management of a dispirited cop – gives drive to the narrative. But the manifest vileness of this second killer also provides a counterpoint to Jason: one man kills for the excitement of possession, power, cruelty; the other kills as a vigilante, to protect the vulnerable, to make the world better.

If you read this book and accept the invitation to like Jason, think twice. I am reminded of Peter Sutcliffe, the UK’s notorious ‘Yorkshire Ripper’, who died on the day that I finished this book. Peter Sutcliffe, an apparently quiet and submissive man, murdered 13 women and maimed a further 7. He called himself 'The Streetcleaner' and claimed he was on God's mission to ‘cleanse’ the streets of prostitutes. Like Jason, he told himself that they ‘deserved it’. This scanty attempt at self justification did not stop him from killing other women also – prostitute or not, he clearly had a deep hatred of all women. Jason, similarly, has a deep hatred of men: we are given insights into an upbringing full of male abuse, and throughout the book, Jason’s only faint attachments – inept and fumbling even so – are to women. Pretty much all men are objects of hatred to him. The author dangles the option of allowing us to see Jason as a virtuous vigilante – some of his victims are certainly vile enough to offer satisfaction in their death. But the author does not let us off the hook with that. Jason also wants to kill any man who looks at him askance and he the author unflinchingly portrays him killing a man whose only crime was to shout crossly when Jason crosses a road without looking. He deserved it, Jason thinks. In Jason’s mind, all men seem to deserve it. And in his unsatisfactory life, killing gives him power, purpose, importance. The vigilante justifications, of both Jason and the Ripper, float rather lightly across a darker morass. Does gender make so much difference? Is Jason really any different from the Yorkshire Ripper?

And so I do think twice, but still, there is something in Jason that makes me forgive him. Of course, he is damaged, scarred. And aren’t we all? I’ve made it my business in life to forgive the unforgivable, to find the hurt within those who hurt others, so I forgive Jason. Perhaps I should worry more that I don’t forgive the Ripper.

This powerful novel deserves to be widely read - not just as a thriller, though it is, in a slow, chilling way, something of a thriller. It also deserves to be read as a study in male violence and in our own, irrational, malleable responses to the perpetrators of crime.
Read more
Report abuse

Lydia
5.0 out of 5 stars Couldn’t put this crime thriller down
Reviewed in the United States on 10 August 2020
Verified Purchase
Damien Linnane’s writing style is a fresh mix of humour and insights into the struggles of an undiagnosed Autistic young man’s struggles with social situations, work and attempting to find meaning in his life after a horrific childhood. Linnane also provides glimpses into the motivations of other criminals and a jaded detective as the story gets darker.
Read more
Report abuse

Patricia A Reid
4.0 out of 5 stars HOLIDAY READ
Reviewed in the United States on 29 August 2020
Verified Purchase
Heard about this local author and took this book away as a holiday read. Made the mistake of lending the paperback to another guest.
I've come back to buy the kindle so I'll be able to re-read at will.
Read more
Report abuse
See all reviews
Get FREE delivery with Amazon Prime
Prime members enjoy FREE Delivery and exclusive access to movies, TV shows, music, Kindle e-books, Twitch Prime, and more.
> Get Started
Back to top
Get to Know Us
Make Money with Us
Let Us Help You
And don't forget:
© 1996-2020, Amazon.com, Inc. or its affiliates