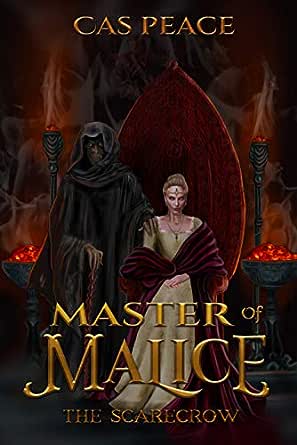 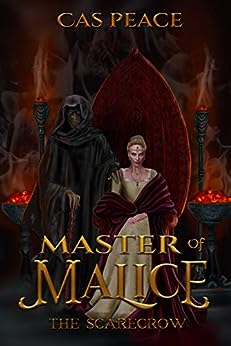 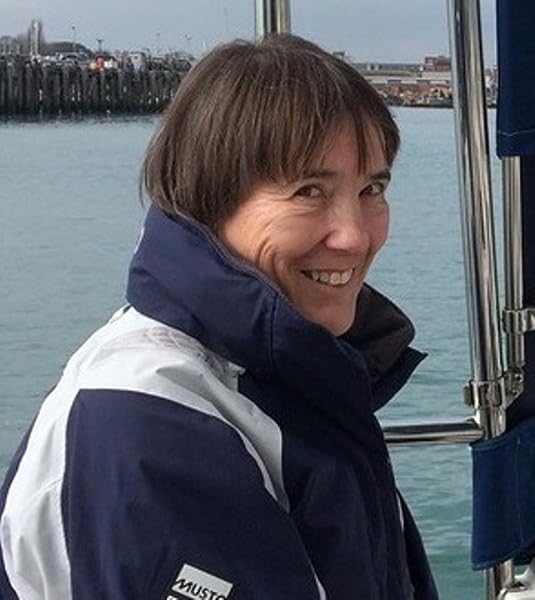 Cas Peace was born and brought up in the lovely county of Hampshire, in the UK, where she still lives. On leaving school, she trained for two years before qualifying as a teacher of equitation. During this time she also learned to carriage-drive. She spent thirteen years in the British Civil Service before moving to Rome, where she and her husband, Dave, lived for three years. They return whenever thay can. As well as her love of horses, Cas is mad about dogs; especially Lurchers. She currently owns two rescue Lurchers, Milly and Milo. Cas loves country walks, working in stained glass, growing cacti, and folk singing. She is currently working on writing and recording songs or music for each of her fantasy books. The song associated with King's Envoy is "The Wheel Will Turn"; for King's Champion it is "The Ballad of Tallimore"; and for King's Artesan it is "Morgan's Song (All That We Are)." For The Challenge it is "Meadowsweet", for The Circle it is "Larksong," and for Full Circle it is "Beyond the Veils." All Cas's book songs can be found at and downloaded (free!) from her website, see below. Also find Cas on www.reverbnation. Cas's first novel, King's Envoy, was awarded a HarperCollins Authonomy Gold Medal in 2008. Her Artesans of Albia fantasy series has won the critical acclaim of US fantasy, sci-fi, and non-fiction author Janet Morris. Cas is a member of the British Fantasy Society and had a short story included in their 40th Anniversary commemorative anthology Full Fathom Forty. She's also a contributor to the Janet Morris-edited anthology HEROIKA 1: Dragon Eaters. Cas has written a nonfiction book, For the Love of Daisy, which tells the lifestory of her mischievous and beautiful Dalmatian. She is also a freelance editor and proofreader. Details and other information can be found on her website: www.caspeace.com. --This text refers to the paperback edition.
click to open popover

D. Gamble
5.0 out of 5 stars A darker tone but a story no less engaging
Reviewed in the United Kingdom on 7 February 2016
Verified Purchase
First of all, if you have just discovered Cas' works, do not start here. Not only is this the seventh book in nine and the start of the final trilogy that comprises the series, the tone is an awful lot darker in this book and could potentially put off new readers who didn't have the backstory and weren't invested in the characters. However with that out the way, let me start by saying the cover is one of the best representations of the tone of a book I've seen in a long time, because the series definitely takes a turn towards being much darker, much grimmer. In some ways events have taken rather an unexpected turn, though maybe not so much so given some of the revelations in book six, Full Circle. Cas once again weaves a story that is both engaging and frustrating. Frustrating in the sense that events continue to unfold much to the detriment of the main characters, and while we, the reader, see the bigger picture, each character obviously doesn't. But the quality of the complex and very real characterisations that have always been such a strength of the series continues unabated.

Probably for the first time in the series for me, some scenes have been very uncomfortable to read, and this is from a series that hasn't shirked away from difficult situations. I suspect this is done quite deliberately to show the depths that Baron Reen, 'The Scarecrow' has sunk to and what could be coming down the road. There are a lot of unanswered questions, and this book definitely ends just where you don't want it to. However the pace is once again top notch, pushing events forward where needed, but lingering on those times where character development really comes to the fore. The focus is also more varied across characters, with a few lesser mentioned characters getting some welcome attention that builds into the main plot lines. And despite being seven books in, the groundwork is definitely being laid for the climax to come in the final two books. If you've found this book, go back to the first one, King's Envoy and work you're way through, and you won't be disappointed. The Scarecrow shifts up a gear (or down depending on how you look at it) in tone as we approach the end and you get the feeling there is still a lot left to come.
Read more
One person found this helpful
Helpful
Sending feedback...
Thank you for your feedback.
Sorry, we failed to record your vote. Please try again
Report abuse

Peru Editor
5.0 out of 5 stars Well Imagined and Well Realized
Reviewed in the United States on 30 July 2018
Verified Purchase
Cas Peace’s adventures in Albia are great examples of heroic fantasy in a well imagined, and fantastically realized series of novels. It has been several years since I’ve picked up one of these books, but after reading ‘The Scarecrow’ I’m interesting in going back and revisiting ‘King’s Envoy’ (which I understand will be released as an audio book shortly).

‘The Scarecrow’ continues the adventures of heroes that were introduced in prior novels, and, as a result, focuses more on the villain that is introduced. The villain in ‘The Scarecrow’ is a manifestation of a character that also appeared in the prior novels, but one who has been transformed through sorcery into a terrifying creature who turns individuals into obedient zombies, and sucks life force in order to survive.

Those of you who are fans of grimdark, and even soft horror will greatly enjoy ‘The Scarecrow.’ The titular character is a completely foul and vile being intent on pure evil. As the novel progresses, the Scarecrow, has already set a complicated plot into effect, and the heroes find themselves playing catch up as the world crumbles around them.

An investigation has been launched into the apparent suicide of a powerful villain, although Brynne Sullyan is the first to suspect the suicide is not as it seems, she encounters resistance to the belief that something dark and sinister might be afoot. However, as an increasing number of murders and tragic events begin to pile up, Sullyan’s suspicions cannot be ignored. The question is, will the full resources be thrown into supporting Sullyan’s assessment of the situation before it is too late?

I really enjoyed how well Peace managed the constant moments of manipulation and misdirection in this book. In fiction, and in real life, villains tend to hide out and plain sight, yet the Scarecrow manages to convince all those around him to ignore the evidence of their own senses in favor of a commitment to his assurances of the true reality. He’s a dark and odious character, one cut from the same cloth that far too often seems to rise to power in real life.

If you’ve never read Albia before, I think you will be entertained by this book as a stand alone work. However, your enjoyment will probably be increased by starting at the beginning of the series. For those of you looking for a well imagined fantasy world with complex magic that steadfastly adheres to its own rules, look no further, ‘The Scarecrow’ is for you.
Read more
Helpful
Sending feedback...
Thank you for your feedback.
Sorry, we failed to record your vote. Please try again
Report abuse

R.M. Summerhill
5.0 out of 5 stars The shadows grow in Albia
Reviewed in the United States on 24 March 2016
Verified Purchase
In this first installment of the final Artesans trilogy, darkness reigns. The loathsome Baron Reen is now a creature of the shadows, the reason hinted at but still very much a mystery. The old Reen, it appears, was even more detestable than the reader was allowed to know, and now as this scarecrow, he has traded corrupt and vile for something almost unspeakable. As always, and perhaps even more so, my mind was sparking as I sat in awe of Peace's complex story-weaving. I am very eager for the next volume, and can hardly wait to find out how Sullyan and our other heroes can stand against the hideous new powers of the vengeful Baron.
Read more
One person found this helpful
Helpful
Sending feedback...
Thank you for your feedback.
Sorry, we failed to record your vote. Please try again
Report abuse