Scar Tissue: And Other Stories and over 1.5 million other books are available for Amazon Kindle . Learn more
Share <Embed> 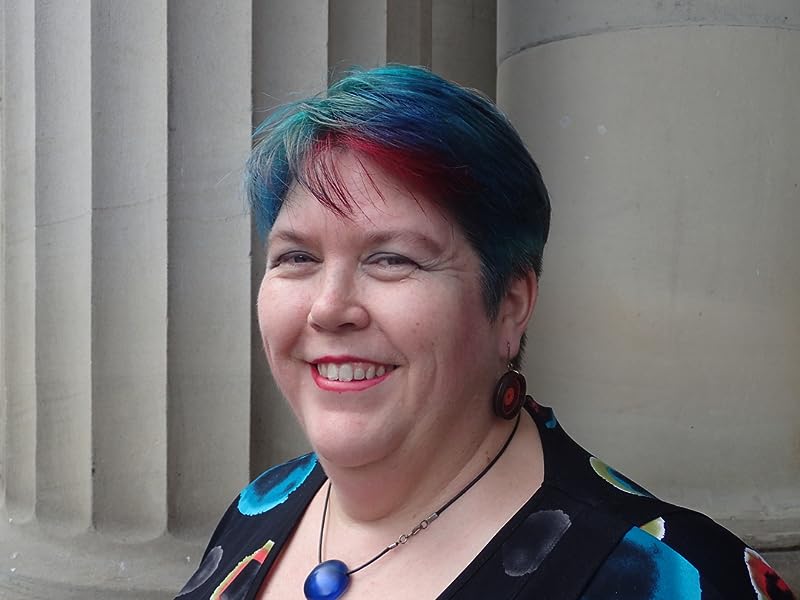 FREE expedited delivery and up to 50% off RRP on select top books.
Explore our selection of bestsellers, new releases, children's books, fiction, non-fiction, cookbooks and more. T&Cs apply. Shop now
click to open popover
Start reading Scar Tissue: And Other Stories on your Kindle in under a minute.

Julie Bozza
5.0 out of 5 stars Stories from an expert at the craft of spinning yarns...
Reviewed in Australia on 6 July 2019
Verified Purchase
I already knew that Narrelle M. Harris is an excellent storyteller, and I very much enjoyed reading her earlier anthology, Showtime. This collection is even better, I think. It's a delightful mix of stories and styles, and yet they're all inimically *hers*.

Some of the stories build on or offer prequels to Narrelle's novels, but can be read as stand-alones. I can promise you that, as I am familiar with about half of the other content referenced here! Narrelle won't leave you hanging there without a clue what's going on, I promise you. I particularly enjoyed "Bad Night at Bite Club", in which a young American whose boyfriend has been turned into a vampire travels to Australia, seeking answers and possibly hope from the delightfully dorky vampire, Gary. It's always a pleasure to spend time with Gary, who I first met in The Opposite of Life. I also loved the story "Hoorfrost", despite not being familiar with Kitty & Cadaver. This 'origin' story was set in London, in 1258, with the Thames frozen over. There's always something intriguing about such a setting! This frost isn't a natural occurrence, however, and I was intrigued to read about how newly-met Will and Thomas use music to solve the problem. Narrelle describes this process so well, it was as if I could feel the rhythm of their music thrumming through me.

Narrelle writes really excellent Holmes and Watson stories, too, whether basing their mutual bond in friendship or romance. Here we have "Faithful", told fascinatingly from Holmes' point of view. I loved how his logical mind dealt with the at times illogical demands of sharing life and rooms with another person. "The Beekeeper's Children" was a poignant and beautiful musing on beekeeping and the effects of war. I think this was one of my favourites of the collection; it certainly feels particularly complete and accomplished. "The Christmas Card Mystery" offered a proper Sherlock Holmes mystery that would stand proudly beside the canonical stories.

The stories I most enjoyed, however, were the "Lost and Found" tales. Some quite short and some more substantial; all begin with a photograph of something ordinary-yet-odd captured by Narrelle. In themselves, the photographs are terrific examples of urban photography, capturing things that many of us walk past every day without noticing. But then Narrelle spins a yarn inspired by the photograph - and that would be clever enough, given her yarn-spinning skills, but she is absolutely awesome at turning things topsy-turvy. Or letting the reader have her cake and eat it, too. (Such as "Lost and Found: Bouquet", which is among the most delightful love stories I've ever read.)

There are unexpected twists and turns in many of her stories, not just in the "Lost and Found" - and never just for the sake of it. I have to admit I am often a bit wary of such things with other writers, as it can seem like a trick or a bit of a gimmick. Not with Narrelle! She runs with the skewed notions, and writes them so well that you end up doubting that anything could have been right-side-up in the first place. I can't really say too much about this, or give examples, without spoiling the effect for readers. However, I can give you an idea of it: I am rather a fan of 'Death takes a holiday' stories in all kinds of formats; but I've never read or watched one that's quite like Narrelle's "Death's Door". She really takes it all one step beyond.

And so there you have it! If you like short stories - or if you'd like to see what the fuss is about - Narrelle is an expert at the craft.

CoachJanette
5.0 out of 5 stars Brilliant collection I'll revisit often
Reviewed in Australia on 8 July 2019
Verified Purchase
I already love Narrelle's writing, so it came as no surprise to find myself under the covers at 1am, unable to stop reading and enthralled by story after story.

The whole collection is saturated with wonder and delight, and a level of clear-eyed observation which allows for both horror and beauty, tragedy and hope.

Yes, I devoured the collection in a very short space of time.

And I know that - like the worlds of Le Guin and Austen - the lands created in this collection will be havens I'll revisit many, many times. I'm looking forward to it!
Read more
Helpful
Comment Report abuse
See all reviews
Get FREE delivery with Amazon Prime
Prime members enjoy FREE Delivery and exclusive access to movies, TV shows, music, Kindle e-books, Twitch Prime, and more.
> Get Started
Back to top
Get to Know Us
Make Money with Us
Let Us Help You
And don't forget:
© 1996-2020, Amazon.com, Inc. or its affiliates