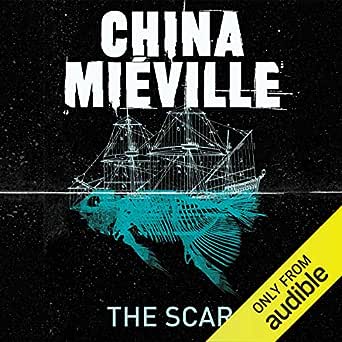 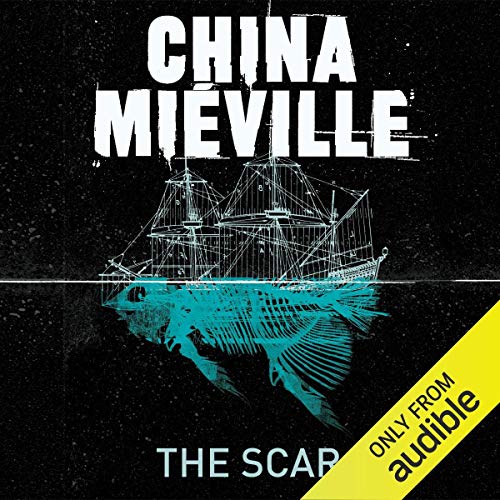 4.3 out of 5 stars
4.3 out of 5
166 global customer ratings
How does Amazon calculate star ratings?
Amazon calculates a product’s star ratings using a machine learned model instead of a raw data average. The machine learned model takes into account factors including: the age of a review, helpfulness votes by customers and whether the reviews are from verified purchases.

Amazon Customer
5.0 out of 5 stars I love this series
Reviewed in Australia on 30 July 2018
Verified Purchase
I love this series. I have read the series before with books borrowed from the library. Love them so much I wanted to have my own copies.
Read more
One person found this helpful
Helpful
Comment Report abuse
See all reviews

Barry Mulvany
4.0 out of 5 stars Another beautiful, weird and evocative story from the mind of China Mieville
Reviewed in the United Kingdom on 16 July 2019
Verified Purchase
Another evocative story from the mind of China Mieville. Our prime POV is Bellis Coldwine, a language scholar forced to leave New Crobuzon to a colony far across the sea. She gains a berth on a ship as a translator but soon finds herself drawn into a quest that was hatched on the floating pirate city of Armada. We also have Tanner Sack, a remade prisoner forced on the same ship as Bellis to live out his sentence in the same colony.

Bellis is our POV for around 80% of the time, so we really get to know her quite well. A cold woman, all she wants is to get back to New Crobuzon but is inadvertently drawn into other people's schemes. She is not the easiest person to empathise with due to her nature but you understand her motivations and I was rooting for her. Tanner is also well drawn, even with less page time, and is much more sympathetic, more your traditional everyman hero. There are a few more POV's but none major and to talk of them would be somewhat spoilery.

Like Perdido Street Station the world that Mieville has created is the real star. Those hoping for more New Crobuzon will be disappointed. It is always there in the background but none of the story is set there. This is almost an old fashioned quest pirate story but as always they are twists. Again the imagination on show here is staggering from giant sea creatures from another dimension, to an island of mosquito people to a literal rift through space and time. What is really impressive is how ordinary it all seems to the characters in the book. It's just another journey, another job, worrying to be sure but all quite normal. There was a revelation (perhaps too strong a word) later in the book that blew me away for it's ordinariness, it was brilliant.

What let it down from a possible five stars was its pacing. I have no problems with a slow burn but honestly you could do a summary of the plot of the book in a couple of paragraphs. I just felt it dragged a bit in places, even with all the beautiful and horrible descriptions that the author so likes to give. It did of course heat up towards the end but the vast majority of the book is just day to day living, though in a singular unusual place. This is not a typical fantasy book even if it consists of most of the ingredients. A great book though maybe not if you're looking for something fast paced.

cloudburst3
5.0 out of 5 stars Steampunk fantasy .................
Reviewed in the United Kingdom on 21 August 2019
Verified Purchase
I haven't finished reading this book yet, but so far I am enjoying it and I am fascinated by it. I read Perdido Street Station first and found that to be amazing. The author has such an imagination that I was stunned as to how he could even begin to think of such things. And he has me gripped again with this book. It is hard to describe why I am hooked. I can't even describe what genre the writing falls into. I think of it as steampunk fantasy plus lots of other things. I love being confounded by some of the words he uses and I regularly do a double take in my head, read the word again and wonder if that word actually exists and if it doesn't then wow! I have no intention of looking in a dictionary - that would just spoil it. As to the story ........ the only way to find if it's for you is to try it. I am so glad I tried something new and mindboggling. I have discovered a whole new world of reading material.
Read more
One person found this helpful
Helpful
Sending feedback...
Thank you for your feedback.
Sorry, we failed to record your vote. Please try again
Report abuse

Christopher Carrion
5.0 out of 5 stars One of the most incredible fantasy worlds ever created
Reviewed in the United Kingdom on 4 March 2018
Verified Purchase
The Scar, which is the second book set in Bas-Lag is a beautiful, yet fierce story, set in what has become my favourite fantasy world ever. Teeming with incredibly detailed places, characters and species, the story spills from the pages, so real you can almost touch it. Meiville's writing style is profoundly beautiful and the story is unpredictable. The story is set on the massive floating pirate city of Armada, which has many different factions all vying for power, all told through the eyes of a character central to the beautiful and terrible events brought about by such a struggle. Seriously, just read it.
Read more
3 people found this helpful
Helpful
Sending feedback...
Thank you for your feedback.
Sorry, we failed to record your vote. Please try again
Report abuse

Francesco
5.0 out of 5 stars Weird and Wonderful
Reviewed in the United Kingdom on 25 May 2017
Verified Purchase
Second book in the New Crobuzon "series". It works quite well as a standalone novel, there are a few references to Perdido Street Station but nothing essential. While I would always recommend to start with Perdido Street Station (a great book as well in my opinion), The Scar is probably my favorite Mieville's book. I simply can not fathom the depths of this man's imagination. The weird, the wonderful, the outright incredible and amazing...it's all there. This was one of those books I simply did not want to end and I can not give greater praise than that.
Read more
6 people found this helpful
Helpful
Sending feedback...
Thank you for your feedback.
Sorry, we failed to record your vote. Please try again
Report abuse

Richard Bagshaw
5.0 out of 5 stars A Superb, Haunting Work of Dark Fantasy
Reviewed in the United Kingdom on 12 September 2013
Verified Purchase
China Mieville is perhaps better-known for The City and the City and Perdido Street Station, but if you read only one book of his, make it The Scar. It is, quite simply, a masterpiece of dark fantasy.

Set in the same steampunk world as Perdido Street Station, The Scar could only loosely be considered a sequel; sharing neither its setting nor any of its characters. Bellis Coldwine, the book's protagonist, begins the book fleeing the events of Perdido, unwillingly bound for New Crobuzon's colony of Nova Esperium. She is soon pressganged and brought aboard Armada, a floating pirate city comprised of hundreds of captured ships. Coldwine finds herself caught up in a web of intrigue surrounding the Armandans' plan to harness the power of the Scar, a mysterious fissure in reality.

The Scar can be a challenging book. It is lengthy, densely-written, and demands attention to the details of its richly-imagined world. Mieville has not set out to write a thriller in the vein of Perdido here. Whilst his riotous imagination is as active as ever, and there are spectacular setpieces aplenty as the plot gathers pace in The Scar's latter third, this is largely a calmer and more introspective book than its predecessor.

What makes The Scar a triumph is the strength of its characters and themes. From Silas Fennec, a manipulative agent of the New Crobuzon government, to the Lovers, the visionary, deranged leaders of Armada's most powerful faction, The Scar's principal players are a substantial and engaging cast. Their conspiracies, uneasy alliances and betrayals keep the plot moving at a fair clip, but also feel entirely authentic; the natural product of their competing interests. Our heroes here are unhappily bound together on an expedition for which few have great enthusiasm; motivated instead by self-interest or fear. In this darkest of fantasies, the alternative to despair is not heroism but hubris. The novel's genius is that it provides a gripping account of grand adventure, even as it critiques such Utopian folly.

Coldwine herself is no hero, but a self-interested and single-minded protagonist. Initially difficult to like, she is nevertheless beautifully-drawn and entirely believable. And as she feels pangs of homesickness and powerlessness in the face of the Armandans' machinations, it would take a cold-hearted reader not to end up rooting for her. The Scar's ending, too, has attracted a degree of opprobrium. Without wishing to give anything away, I will simply say that I thought it was a master stroke; a perfect conclusion to the book's exploration of the ways in which we are wounded and then made whole, however imperfectly.

In short, The Scar may not always be an easy read, but it is a hugely rewarding one. Powerful and melancholy, it takes Mieville's characteristic flare for spectacle and inventiveness, and harnesses them in the service of a rich human drama. A unique, brilliant work. Highly recommended.

Read more
One person found this helpful
Helpful
Sending feedback...
Thank you for your feedback.
Sorry, we failed to record your vote. Please try again
Report abuse
See all reviews
Get FREE delivery with Amazon Prime
Prime members enjoy FREE Delivery and exclusive access to movies, TV shows, music, Kindle e-books, Twitch Prime, and more.
> Get Started
Back to top
Get to Know Us
Make Money with Us
Let Us Help You
And don't forget:
© 1996-2020, Amazon.com, Inc. or its affiliates