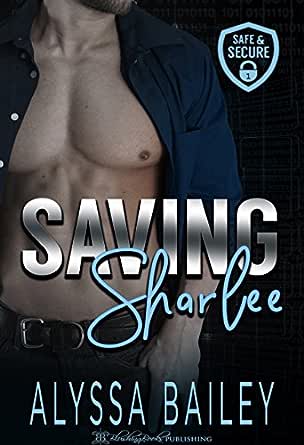 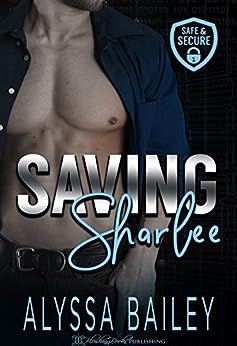 Sue xo
5.0 out of 5 stars Wow. I need the next book NOW!
Reviewed in the United Kingdom on 12 June 2018
Verified Purchase
Congrats Alyssa I loved this book. A definite page turner. This is one book and series i will enjoy reading. Cant wait to read the next. Hope it's out soon. One of my personal top 5 authors. Amazing and thank you xx
Read more
Helpful
Sending feedback...
Thank you for your feedback.
Sorry, we failed to record your vote. Please try again
Report abuse

Kindle Customer
5.0 out of 5 stars New safe teams
Reviewed in the United Kingdom on 25 July 2018
Verified Purchase
Really enjoyed this book and look forward to the next one
Read more
Helpful
Sending feedback...
Thank you for your feedback.
Sorry, we failed to record your vote. Please try again
Report abuse

Redrabbitt
5.0 out of 5 stars THEY WERE PROTECTIVE, POSSESSIVE, AND FIERCE
Reviewed in the United States on 5 May 2018
Verified Purchase
What a great start to a new series with mystery, suspense, danger, espionage, secrets, angst, and then throw in a romance. Enter the world of high-tech security and protection of Reynaud and Associates, where their team is made up of men with military training. And then adding, Charlotte Armstrong to the team, a woman who can perform magic with a keyboard, will add spice to this tale.

The plot will have Jac Reynard courting Shalee Armstrong to join his security team because of her skills, and while she has been doing well with her independent work, the offer is lucrative, especially since she can still do other private jobs on the side.

The story will take place over several years, and it will detail some of the contracts and issues that team will face. Being the only female on the team will have its challenges, especially when Sharlee has a thing for her boss, Jac. When she makes some irresponsible decisions that could lead to her being harmed, Jac will take it upon himself to discipline her. These two have feelings for each other, but keep that information hidden. There is an underlying chemistry that neither one is willing to allow the other to know about, but in due time, it will come to the surface.

“He needed a soft and cuddly lover mixed with a fiery hot sex kitten. He needed her trust, obedience, submission: a woman that understood life with him would never be fifty-fifty. A valuable partner, yes, more important than he was in their relationship, yes, on the pedestal that he would put her on, absolutely, but never equal.”

Several things have the team on alert, especially after Sharlee is nearly arrested along with an old acquaintance, Kyle, from her hometown that she was dating. Then when her apartment is broken into, Jac refuses to allow her to stay and she will acquiesce to his demands, and it will be the turning point for them. Who is after her? What do they want? Is this because of some of her side contracts? The game of cat and mouse has become dangerous, and it is more than just surveillance and computer work. Is Sharlee’s life in danger?

The relationship is slow to progress with Jac and Sharlee avoiding their feelings, but when it does, he is even more protective of her. The entire team takes her safety as a top issue, especially when it becomes clear she is a target. While Jac punishes her with spankings, he always gives her the option of accepting his dominance, and it is never forced.

“You need this baby. You’ve been worried, scared, angry, tired, frustrated, and about half a dozen other things these last weeks. It’s made you sullen, grumpy, and downright hard to live with. You need me to fix things. Lean over, honey. You’ll feel better.”

The story has many spanking scenes, which are consensual, even by dubious consent, and the power exchange is always with love and concern. As they develop a DD relationship, it is at first in a non-sexual relationship, but later will change to a full-time D/s relationship with mild sex scenes.

Peggy Moser
5.0 out of 5 stars Great Book, With Mystery, Suspense, Romance, And a Touch of BDSM
Reviewed in the United States on 4 February 2020
Verified Purchase
Author, Alyssa Bailey, has written a compelling story about lonely Charlotte (Sharlee) Hope Armstrong, who is a tech genius. She is hired by a security firm consisting of several ex-military, alpha men. Who would ever think that they might be bossy, and, overprotective of the only female employee on the team? The security firm takes on highly classified, and, sometimes, dangerous contracts. Sharlee works with the team as a tech expert, and, additionally, on several of her own contracts. She clashes with, then, falls in love, with the team leader, Jacquard. This story is so well written, and full of mystery, suspense, and danger, that I really could not put this book down. This is such an enjoyable read. I gave this book 5 stars, and am going to read book 2 in this series, "Saving Jessie", next.
Read more
Helpful
Sending feedback...
Thank you for your feedback.
Sorry, we failed to record your vote. Please try again
Report abuse

Marybeth
5.0 out of 5 stars Fun new series!
Reviewed in the United States on 10 January 2020
Verified Purchase
I reread this book before I read Saving Jessie. It was just as good as I remember. Sharlee is a computer whiz and is recruited by Jac and his security company. Jac and Sharlee fall for one another, but it takes time to get there. Great book!
Read more
Helpful
Sending feedback...
Thank you for your feedback.
Sorry, we failed to record your vote. Please try again
Report abuse
Load more international reviews

ANITA DEAIN
5.0 out of 5 stars Saving Sharlee (S & S Book 1)
Reviewed in the United States on 6 February 2020
Verified Purchase
Wonderful story & Great Characters, I hope there will be a book #3 & love how Sharlee would drive all the guys crazy for the things that she did.
Read more
Helpful
Sending feedback...
Thank you for your feedback.
Sorry, we failed to record your vote. Please try again
Report abuse

sandra mahnke
5.0 out of 5 stars Very look story read it.
Reviewed in the United States on 19 September 2019
Verified Purchase
Great story. I love all of the people in this story. And I wish there were more (many more) like this one. I feared the story in one day. And I just reread it again. Thanks for writing great story love all of your books.
Read more
Helpful
Sending feedback...
Thank you for your feedback.
Sorry, we failed to record your vote. Please try again
Report abuse