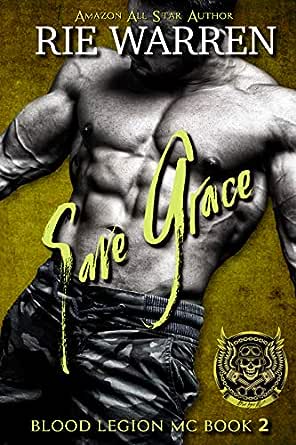 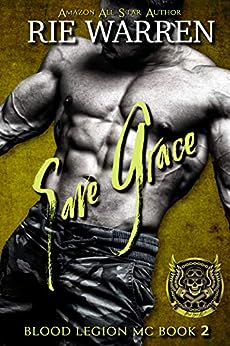 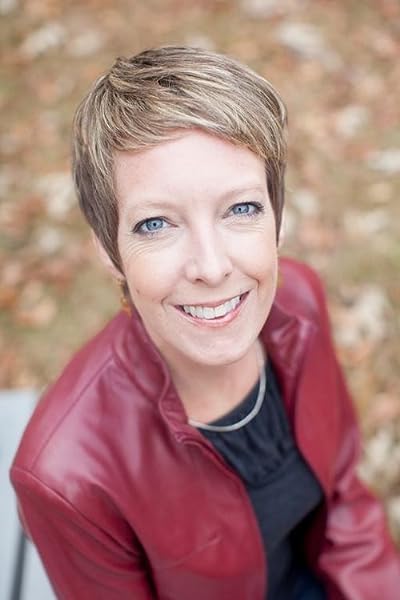 Something wicked hot this way comes.

SLADE
I was a Marine. An operative. A hardcore soldier. Something brought me to the Blood Legion MC in New Orleans, and now I’m a biker. Whatever drew me here is bigger than my own baggage, and it isn’t the CIA, or Force-Recon, or anyone else.

There’s a pull. Her name is Grace. She’s missing, possibly because of the MC and our haphazard raid on the White Lair. Grace is my new mission. An op. Nothing more.

Until I finally locate the gorgeous woman who has built an even bigger barricade around herself than I have, and I realize I’ll never be free of her.

GRACE
I don’t want to be found. Not by anyone. Not anymore. Not after what’s been done to me against my will. As if enslavement at the White Lair wasn’t enough.

It seems I don’t have a choice. I have a new client. He’s dark-browed, big all over, and broody beyond belief. This Killian Slade doesn’t force me. He doesn’t ask me to strip. He pays extra each time and he doesn’t even touch me. When he finds out the truth, he’ll hate me as much as I hate myself. Yet I can’t stop the hot hammering of my pulse where I’d only ever been hurt and used before—there’s a yearning to be with this singular man.

I want to wake up from this nightmare, but the nightmare is just beginning.

Shelley
TOP 50 REVIEWER
5.0 out of 5 stars 4.5 “She gives him Grace” Stars 🌟
10 June 2019
Format: Kindle EditionVerified Purchase
Slade is on a mission to locate Grace for Mercy, after they failed to find her. They’ve tried everything they can think of...until a lead turns into a solid gold trail😍

Her circumstances are better than Slade expects when he finally finds Grace, but he knows something doesn’t add up about where she is and why she’s staying and he’s up to the challenge to find out what she’s hiding and help her💕

A great story with twists I didn’t see coming, that kept me glued to the pages until the very end. Looking forward to Saint’s story next❣️

Sandra Winter
5.0 out of 5 stars Five stars +
7 July 2019
Format: Kindle EditionVerified Purchase
Another great book by one of my favourite authors, can't wait for the next in the series.
Read more
Helpful
Comment Report abuse

Donna S
TOP 500 REVIEWER
5.0 out of 5 stars Loved Killian
17 October 2019
Format: Kindle Edition
This is one sexy read. Killian is just perfect. Grace has not had an easy life and has been missing for a few years. This was sort of instant love as Killian has been looking for Grace and once he sets eyes on her he is a goner! A sweet romance follows but it does have its tough moments. I am loving this series.
Read more
Helpful
Comment Report abuse
See all 3 customer reviews
Write a customer review

cheri
5.0 out of 5 stars Ex-Marine/CIA agent--he refuses to fail.
14 June 2019 - Published on Amazon.com
Format: Kindle EditionVerified Purchase
Killian took it on himself to search for Grace--the one woman they didn't save in the raid to rescue Mercy (His MC Prez woman) and the other women held against their will. The MC helped the other women settle into a new future. Except for Grace. Now that was his mission. Ex-Marine/CIA agent--he refuses to fail.

Grace has a new life. She's clean. She has her own room. In other ways, it is worse than the prison of sex slaves she had been. She's still in the "business". She still hates being touched but her reason for staying is different. No one from her old life, Mercy, wouldn't want her if they knew. So she doesn't make any effort to escape. She does what she's told. What she has to do.

Killian has found her. Why doesn't he tell Mercy and the club? What is going on with her? Why doesn't she want him to take her out of there?

The answers are surprising and not easy to deal with. Will Killian and his contacts be able to finally "Save Grace"? Will she live through the ordeal?

This is steamy hot. Characters any MC lover will want to know more about. The other MC brothers are sometimes a kick, sometimes scary, always loyal. I loved this and the series so far.

c.lord
5.0 out of 5 stars another gritty, raw, hawt MC romance
11 June 2019 - Published on Amazon.com
Format: Kindle EditionVerified Purchase
Rie Warren delivers again - another gritty, raw, hawt MC romance. Can be read as a standalone, but I enjoy reading all the connecting stories. This is the 2nd in the Blood Legion MC series and relates to the Bad Boys of Retribution MC series. Grace's unpleasant past and present day life are no deterrent to Killian as he's determined to save her. His tragic past leaves him no other options. Through all adversity, Killian prevails and proves to Grace that she is worthy of love. Trigger warning for those sensitive to these issues. Feel free to reach out to the author herself for trigger spoilers at her request rie@riewarren.com. Kudos to Rie for once again handling sensitive issues and voulntarily offering explainations ahead of time if needed.
Read more

Ashley A. Carr
5.0 out of 5 stars Can Grace be saved?
13 June 2019 - Published on Amazon.com
Format: Kindle EditionVerified Purchase
Fantastic addition to the Blood Legion MC series! This book concentrates on Killian Slade and Grace but Mercy Angel’s woman asks Slade to find Grace because she was being held captive by the White Lair also and she disappears without a trace. When Slade finally find Grace it’s not where he expected her or under the circumstances he found her in. Grace is a really, really strong woman because all of the things the White Lair has put her through and then her current situation, I’m just in awe of how strong Grace really is. At the point when Killian finds her she is lost and confused bent but not broken. I couldn’t put this book down, it held me captive from the first page. I can’t wait to see what this author has in store for us next in the series!
Read more

Chris_and_Esther
5.0 out of 5 stars You can’t go wrong with a hot alpha guy!
13 June 2019 - Published on Amazon.com
Format: Kindle EditionVerified Purchase
You can’t go wrong with the hot alpha who is driven to protecting those in need!
Grace was definitely someone who needed help, but that doesn’t mean she isn’t strong and determined. She just needed to find a way out of her situation without putting her baby in jeopardy and Killian is just the guy to be able to help. She just has to allow him to help.
Killian and Grace’s relationship starts with a slow burn that turns intense and hot in a very short period of time. They are good for each other. Killian has a heart of gold when it comes to her and her baby and when Grace finally puts her faith in him the sparks fly and they each find their happily ever after, together!

Slade cannot let go of finding the woman who has vanished like a ghost. Something is pulling him to find her and keep her safe. He never expected to feel more for her and it is everything!

Grace just wants to be safe and secure. So the situation she is in for now is a safe as she has ever been in. When Slade walks into her life and refuses to walk away she has to figure out if he is a safe bet.

I am loving all the alpha maleness in this series!


Read more
Go to Amazon.com to see all 39 reviews 4.7 out of 5 stars
Get FREE delivery with Amazon Prime
Prime members enjoy FREE Delivery and exclusive access to movies, TV shows, music, Kindle e-books, Twitch Prime, and more.
> Get Started
Back to top
Get to Know Us
Make Money with Us
Let Us Help You
And don't forget:
© 1996-2020, Amazon.com, Inc. or its affiliates