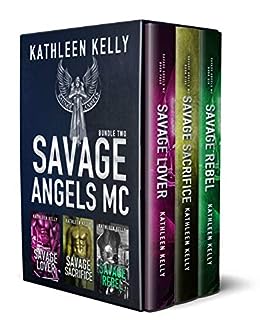 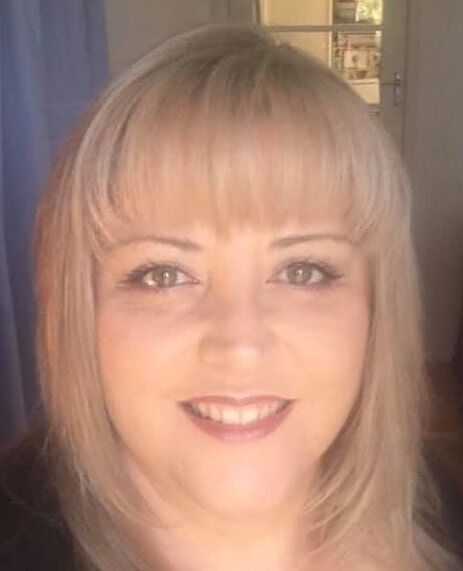 Rosie
TOP 100 REVIEWER
5.0 out of 5 stars You need to read books 1-3, first
Reviewed in Australia on 20 April 2020
Verified Purchase
This second box set featuring enthralling MC fiction, carries on the stories from characters met in the first books and adding new people to the mix. If you haven't read books 1-3, you need to do that first, or these stories wont make much sense.
The savage Angels MC of Tourmaline, are trying to stay on the legitimate side as much as possible, but sometimes things just don't work out that way, despite Prez, Dane's best efforts.

Book 4 - Savage Lover: Things between Dane and Kat have become strained and Kat decides to get out of town and tour with her band mates, The Grinders, for a while. But things on tour cause many twists and turns to the story, and leave Dane wondering whether he still has a marriage.
Meanwhile, old rivals, The Minions of Death cause mayhem and destruction.
Another dramatic thread brings Kade and stripper, Destiny together.

Book 5 - Savage Sacrifice: Kat remains on tour and troubles come to a head for her and Dane. Dane has to face some painful truths and things turn lethal at a concert in Houston.

Book 6 - Savage Rebel: Rebel is entrusted with business negotiations in Las Vegas. But local MCs and a rival crime family don't take kindly to Dane's chapter and Sal's family getting involved.
While in Las Vegas, Rebel catches the eye of tattooist, Ruby. But rivals decide to punish her for her associations and threaten a burgeoning relationship between the two.
Read more
Helpful
Report abuse
See all reviews

Kristina Waible
5.0 out of 5 stars Savage angels books 4-6
Reviewed in the United States on 21 April 2020
Verified Purchase
Second set of the savage angels series. Loved the whole series. Read them all in three days. Only slept three hours last night so I could finish up this morning. Only thing negative in these three is where Kat gets upset with Dane when he has his hands full with club house being burned down losing fifteen members in the fire. Trying to find the gang responsible so the war ends and she gets angry and heads off because he didn’t talk to her for several days This in the break world would not happen. They fight when they do talk on the phone. No way a biker president will go a year without sec I dint care how much he loves wife. She would not ok with other women hanging on him and pictures of him with others like are being posted of her on her bands tour. But other than that it’s a great series
Read more
One person found this helpful
Report abuse

Cris
5.0 out of 5 stars Love it!
Reviewed in the United States on 6 November 2019
Verified Purchase
Ok, so I purchased the Savage Angels MC Collection 1-3 and couldn't not purchase 4-6...these books are that good. Book 4 features former nomad Kade and his relationship with Destiny. Once again this book is on point with the previous books...sizzling hot and the suspense level is off the charts! Book 5 is back to Dane and Kat and some major marital problems...love this couple whether they're loving or fighting, doesn't matter, they're still intriguing! Book 6 is Rebel and Ruby and is fabulous! Didn't know how I was going to feel about Rebel, but I have to say he was totally worth his own book. Love this series...on to book 7!
Read more
Report abuse

Chrissi
5.0 out of 5 stars Love this series !
Reviewed in the United States on 19 June 2020
Verified Purchase
Firstly - If you haven’t read the first three books, read those first before reading this box set.
I love these characters ! Their lives aren’t simple and there are so many hurdles they each have to jump and work their way through, just as we do in life.
I love that this author has developed a fantastic cast of characters, some you will immediately fall for, while others will need to work to earn your devotion.
A truly fantastic series that is so much more than just an MC series.
Read more
Report abuse

msocha
5.0 out of 5 stars loved it
Reviewed in the United States on 10 May 2020
Verified Purchase
loved these characters...ready for more
Read more
Report abuse

angeljoy
5.0 out of 5 stars mc romance
Reviewed in the United States on 28 September 2019
Verified Purchase
Love this series.
Read more
Report abuse
See all reviews
Back to top
Get to Know Us
Make Money with Us
Let Us Help You
And don't forget:
© 1996-2021, Amazon.com, Inc. or its affiliates