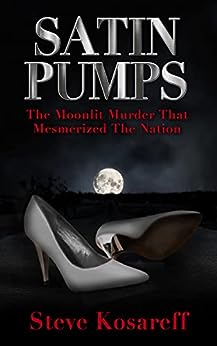 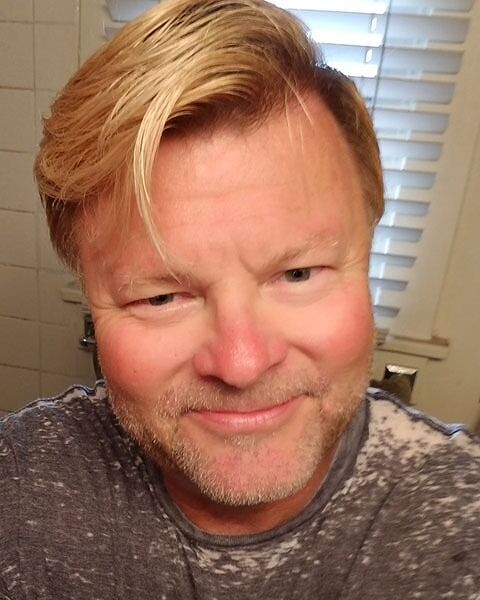 My true crime memoir, SATIN PUMPS: THE MOONLIT MURDER THAT MESMERIZED THE NATION, came about as a challenge to write something with a lot of commercial potential but still appealed to my sensibilities. The idea for the book had been germinating for several years, but it took writing the story for a television producer that began the process. I completed a treatment for a limited television series based on the case but as these things have a habit of doing in Hollywood, the producer’s own projects took precedent. Now what was I going to do? Why write the book, of course! But the book would go much deeper into the story and character motivations by looking into their backgrounds which led me into genealogical research.

My first book, WINDOW TO THE FUTURE: THE GOLDEN AGE OF TELEVISION MARKETING AND ADVERTISING, was published by Chronicle Books in 2005. It fondly looks back at the culture of marketing and advertising television sets during the golden age of American manufacturing in the 1950s and 60s.

I next put on my director’s hat to concentrate on my other love, film. I wrote, produced and directed my WINDOW TO THE FUTURE-related documentary, TV MAN: THE SEARCH FOR THE LAST INDEPENDENT DEALER about the last remaining mom-and-pop stores which sold and repaired television sets in the United States.

After taking care of elderly parents and their subsequent passing, in 2018 I decided to take my first trip to Europe to regroup. I traveled across the Continent by Eurail pass, starting in London and ending in Rome, with stops in Paris, Amsterdam, Vienna, Germany and Switzerland in between. I met extraordinary young people on the trains. Europe’s beauty and Old World charm was something I also photographed with multiple cameras during my trip. The only regret I have is that I didn’t have at least one of my two classic 1950s 3-D film cameras (a 35mm Kodak Stereo and a View Master Personal Camera) at the time to take photos.

Traveling across Europe by yourself with a lot of luggage is a comedy of errors and my journal of the trip is full of mishaps that in hindsight are now humorous, particularly the time my train took off in front of me in a small Austrian town. Very angry because I knew the engineer saw me on the platform trying to board and left anyway, in a rage, I threw an adult tantrum and gave new meaning to the term, “Ugly American.” Even through my anger I noticed the Austrians nearby laughing at the man cursing in English using words I never knew I had in my vocabulary. I threw my luggage into an empty shopping cart on the platform and pushed it through the town like the homeless American I was, looking for a place to eat among the myriad pastry shops and beer halls. (How do Austrians not have short life spans drinking and eating so many carbs?) Is there a travel book based on this trip in my future? Maybe.

As a student of film noir and historical American culture, I began to seriously think about getting down to business and write about my family’s doctor for that television producer. I would finally revisit one of Los Angeles’ most famous midcentury murder cases, that of Dr. Bernard Finch and his girlfriend and medical assistant, Carole Tregoff, who conspired to murder his wife. Dr. Finch was not only my family’s doctor, but he had also delivered me and the oldest of my three younger sisters. Although I was just a month shy of my eighth birthday when Finch killed his wife, my personal connections to some of the principles in the story, my family’s association, and the close physical proximity to events proved to be invaluable in building the story from my point of view as a child at the time and, later, as adult trying to solve some of the questions that still continue to plague the case today. Through my research and careful consideration based on known facts, I believe that I have come up with answers to some of those questions.

I hope you enjoy reading SATIN PUMPS as much as I did writing it.

3.8 out of 5 stars
3.8 out of 5
33 global ratings
How are ratings calculated?
To calculate the overall star rating and percentage breakdown by star, we don’t use a simple average. Instead, our system considers things like how recent a review is and if the reviewer bought the item on Amazon. It also analyses reviews to verify trustworthiness.

Hello
5.0 out of 5 stars Super fun read!
Reviewed in the United States on 10 February 2021
Verified Purchase
I am the reader who gives a book one chapter to reel me in, or I move on. Satin pumps hooked me with the first paragraph. To give you an idea (without spoiling the fun or exposing the twists and turns), the book begins with a pillar of the West Covina California community (a respected doctor who delivered the author and his siblings) running from the police to the bed of his lover and partner in crime (who was also a nurse at the doctor’s clinic) after having just murdered his ex-wife. Meanwhile, at the same time the reader is speeding through West Covina with the doctor as he steals getaway cars, we join the then eight-year-old author, who is lying in bed worrying about the bogeyman after having seen a scary movie. The imagery of a small child trembling at the thought of an imaginary monster, while a real bogeyman is careening about town in stolen vehicles, trying to make his way to the arms of his villainous lover while disguised as a well-respected doctor, sealed the deal for me. This real life side story adds another dimension to an already fascinating true-crime story. What a fun read!
Read more
6 people found this helpful
Report abuse

Tim T. Cee
5.0 out of 5 stars Fascinating story in an incredibly well written book
Reviewed in the United States on 22 February 2021
Verified Purchase
I was not familiar with the story about the murder of Barbara Finch and in many ways I’m happy I was not. Reading Satin Pumps was pure joy, this book is written in a way that kept me at the edge of my seat. Since it happened so many years ago I could have very easily gone online to see how it ended but that would have been like eating desert before you finish your meal. Yes it would taste great and it’s fun to do but in the end I would not feel fulfilled because I skipped the best part, the anticipation and the fun of reading a well written and well-paced story. The juxtaposition of the author as a child during the murder and trial added an element of humanity, the innocence of a child not understanding why he can no longer see his family doctor contrasted with the adult author whose meticulous research produced a thoroughly enjoyable book made this a wonderful and interesting read. I highly recommend this book.
Read more
2 people found this helpful
Report abuse

nocknock@pacbell.net
5.0 out of 5 stars An interesting approach to story telling
Reviewed in the United States on 8 February 2021
Verified Purchase
The blending of a sensational event with some personal memoirs mixed in was a creative approach to the telling of this story. As I dug deeper into the book I could appreciate the amount of research that went into crafting the story.
Read more
One person found this helpful
Report abuse

Her way
1.0 out of 5 stars Very boring, a waste of time and money
Reviewed in the United States on 30 March 2021
Verified Purchase
This book is poorly written and poorly researched. The author added too much about his personal life in it. The storyline jumped all over the place. It was very boring and I could barley finish it. I don’t recommend it.
Read more
One person found this helpful
Report abuse

Tracy B.
5.0 out of 5 stars Great story
Reviewed in the United States on 8 August 2021
Verified Purchase
I really enjoyed this book. It was very interesting and very well written!!! I love true crime and the writer did an awesome job!!?
Read more
Report abuse
See all reviews
Back to top
Get to Know Us
Make Money with Us
Let Us Help You
And don't forget:
© 1996-2021, Amazon.com, Inc. or its affiliates