Sara's Game: A Psychological Thriller and over 1.5 million other books are available for Amazon Kindle . Learn more 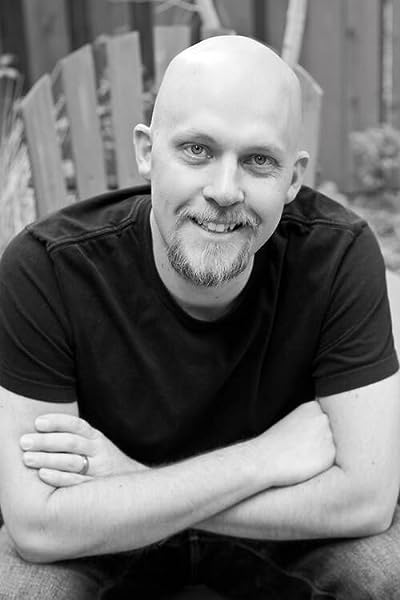 Page 1 of 1 Start overPage 1 of 1
Previous page
Next page
Start reading Sara's Game on your Kindle in under a minute.

4.2 out of 5 stars
4.2 out of 5
1,991 global ratings
How are ratings calculated?
To calculate the overall star rating and percentage breakdown by star, we don’t use a simple average. Instead, our system considers things like how recent a review is and if the reviewer bought the item on Amazon. It also analyses reviews to verify trustworthiness.

Peter the constant reader
TOP 100 REVIEWER
5.0 out of 5 stars Well written
Reviewed in Australia on 4 July 2015
Verified Purchase
This is a very good book for this genre of IT based thrillers so I am not comparing it to well established crime writers . I gave it a high mark because it is well written. I found it very easy to read with clear descriptions and plot development. In this genre murder and mayhem is not dissected or judged it just happens much like in a computer game. Sara is a suitable heroine who establishes some very complicated relationships with other flawed people. The villain is a quite evil and the reasoning behind the destruction and why it involves Sara is well developed even if it seems a bit over the top.

I liked reading this book as a bit of an escape for a few hours. I expected nothing more and wasn't disappointed. If you regularly watch NCIS or Criminal Minds you will probably enjoy this book.
Read more
2 people found this helpful
Helpful
Report abuse

Jraussie
5.0 out of 5 stars Not my normal genre but couldn't put it down.
Reviewed in Australia on 18 August 2016
Verified Purchase
This ended up on my Kindle whilst trolling for books for my daughter. Not sure how it came up as a kids book but as I was vetting I read the first couple of pages and was hooked. Not for eight year olds but a nicely paced adult psychological thriller that is written to be enjoyed as you are reading but won't linger with the darkness that produces nightmares like some in the genre.
Read more
Helpful
Report abuse

audrey
TOP 500 REVIEWER
4.0 out of 5 stars sara knows all about computer games... she ...
Reviewed in Australia on 27 July 2015
Verified Purchase
sara knows all about computer games... she designs them but this is a real life game. a missing husband, 3 kidnaped children and cryptic clues have her searching frantically till she turns the tables. a fast paced tale sure to keep you guessing with a surprise ending.
Read more
One person found this helpful
Helpful
Report abuse

Fran
5.0 out of 5 stars You'll get hooked! A great read!
Reviewed in Australia on 3 April 2015
Verified Purchase
Great characters and a storyline that makes you want to know more. Could have come across as a little far fetched but doesn't. Second book was free download from author which was a pleasant bonus.
Read more
Helpful
Report abuse

Carol Grigg
5.0 out of 5 stars Interesting and different
Reviewed in Australia on 17 April 2019
Verified Purchase
I really enjoyed this book. Well written and all the loose ends tied up at the end.
Read more
Helpful
Report abuse

Amazon Customer
4.0 out of 5 stars Good read
Reviewed in Australia on 29 August 2015
Verified Purchase
Read this in one session, nearly gave up to start as it rambled on a bit but something said keep going. Still had to skim over sections that kept going longer than I thought necessary but a page turned none the less. Recommend.
Read more
Helpful
Report abuse

Katielou
5.0 out of 5 stars Thrills a plenty
Reviewed in Australia on 5 August 2018
Verified Purchase
This is every mother's worst nightmare. Great storyline and central characters.
Read more
Helpful
Report abuse
See all reviews

Katie85
5.0 out of 5 stars Loved it
Reviewed in the United Kingdom on 28 October 2012
Verified Purchase
I found this story to be very pacy - the events take place over the course of one day - which is good for a story of this type. You can get into the story very quickly and I only needed a few sittings to finish this book.

The narrating alternates between Sara, the title character and the victim, and Detective Johnson, who is one of the officers investigating the disappearance of Sara's children. This allows us to see the same crime from two different perspectives, although their stories of how they come to the same answers and how they reach them is different. There are some predictable outcomes - both from realising who the villian actually is and who the villian can't be - but there are still some unexpected twists and turns so I was able to keep reading.

This book was free on the Kindle market when I purchased this, but I would have been happy to pay. I will read it again at some point and I will see what else the author has to offer.
Read more
25 people found this helpful
Report abuse

Aurora
4.0 out of 5 stars A Good Read Which Stays in the Brain
Reviewed in the United Kingdom on 4 September 2014
Verified Purchase
This book packs a punch from the very beginning. Although other reviewers have said that the villain is obvious from the outset, I would have to disagree. Yes, that person's identity becomes fairly obvious early on but there are a number of red herrings along the way. We are definitely led to suspect someone else for a great deal of the story, even though there are hints about the person who ultimately does prove to be behind it all. Whether the reader identifies the perpetrator or not is not really relevant as Sara is the person who needs to find out who is behind it and why. Many of the peripheral characters remain ghostlike as there is no need to delve deeply into their psyches, they are there purely to lead us further into the story. The main characters are developed through their involvement with the events of the story. We get to know Teddy's shortcomings through his interactions with Sara, mostly in the workplace but also as they come up against each other during this momentous day. Again we get to know the police officers through their working relationship but also in the way they work things out individually.

The plot here was good and the tension, which built from the outset, never let up. I made the decision not to read this before settling down to sleep as I was sure that if I did, it would keep me awake for hours. That proved to be a correct decision for the reasons stated, but I may as well have read it because it kept me awake, buzzing round my head for hours anyway and it has remained with me for much of the day. To me that is the mark of a good book.
Read more
6 people found this helpful
Report abuse

The story is mainly told through the point of view of Sara herself as well as a few from DJ a detective who is working on the case. Whoever has them certainly wants to put Sara through the mill by not only playing with her mind but with the readers also.

Sara's Game is certainly a fast paced and quick read. It did feel a bit frenzied at times and I did have to re read parts to try and keep up with what was going on. Saying that, the story line had me hooked as I needed to know the who and why. A solid enough start to a new series to me.
Read more
Report abuse

Carrie
5.0 out of 5 stars Great book, really gripping
Reviewed in the United Kingdom on 30 October 2012
Verified Purchase
I'm another one that got this book cheaply on the kindle but I would happily pay full price and have now gone and got other things from the same author.

It had me gripped from the start and I struggled to put it down. While I guessed part of who was involved, there were still enough twists to keep me guessing and reading to the end. Would definitely recommend.
Read more
19 people found this helpful
Report abuse

Stephen Clynes
4.0 out of 5 stars sit back and enjoy the ride!
Reviewed in the United Kingdom on 21 May 2013
Verified Purchase
Sara Winthrop is an ex-programmer now working as the head of marketing for LightPulse Productions, a video game company in Portland, Oregon. Her husband Brian disappeared 2 years ago without warning and now her 3 children have been kidnapped from 2 separate schools at the same time, just like an Al-Qaeda operation.

So, sit back and enjoy the ride! This thriller is told from 2 points of view, Sara Winthrop the mother and Detective Jonathan Johnson the policeman on the case. It is really good that you get these 2 separate views of the same story, the victim and the police. I enjoyed reading these 2 paths on the same time line.

Sara makes a decision to play the game along with the kidnapper at the start of this story. I was very surprised at her decision as it seemed an impossible task to play a game against the kidnapper and save her children. Most mothers would realize that entering a game against a kidnapper is foolish and they would leave the search for their children to the police. But Sara is a "badass chick" and uses her gaming experience to challenge the kidnapper before her children are put in further danger. There are some nice tasks given to Sara, especially in the first game level! This makes you wonder which direction this story will take. There is great suspense as Sara plays the kidnappers game which builds a nice, nagging tension. The story line leads the reader along a path thinking about the kidnappers, who they are and what is their motive.

In addition to the basic story there is a lovely banter between Detective Jonathan Johnson and his superior, Inspector Barker, This dialogue gives a good insight into police work and the games they play.

The ending of sara's game is okay but the thrill of this novel is the search for her children and the games the kidnappers play on Sara. I downloaded this 379 KB eBook from Amazon, which was written in 2012. I think it is a good book and I vote it 4 stars.
Read more
One person found this helpful
Report abuse
See all reviews
Back to top
Get to Know Us
Make Money with Us
Let Us Help You
And don't forget:
© 1996-2021, Amazon.com, Inc. or its affiliates