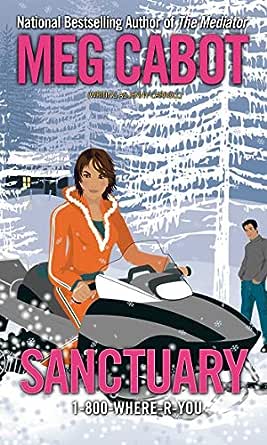 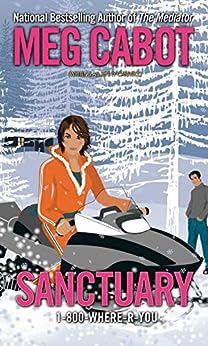 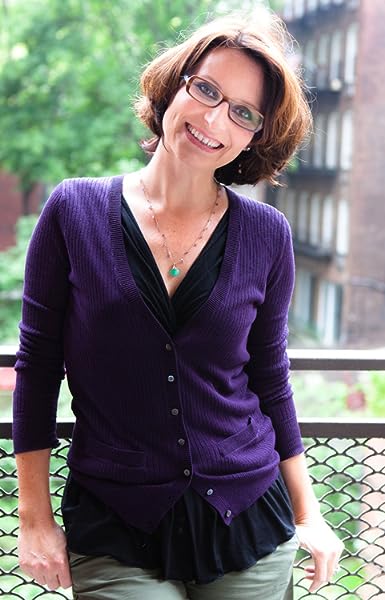 Born in Indiana, Meg Cabot spent her childhood in pursuit of air conditioning - which she found in the public library where she spent most of her time. She is the author of the bestsellng 'Princess Diaries' and 'All American Girl'. Meg has lived in California and France and currently resides in New York City with her husband. --This text refers to an alternate kindle_edition edition.

Gail Eldracher
5.0 out of 5 stars loved it
Reviewed in Canada on 13 March 2018
Verified Purchase
love this series! book was great. definitely worth the read
Read more
Report abuse

RS
3.0 out of 5 stars Three Stars
Reviewed in India on 9 November 2015
Verified Purchase
The book is unused, but certainly not new one. The pages are yellowish and is 2004 publication.
Read more
Report abuse

Karen Keyte
5.0 out of 5 stars Love This Series!
Reviewed in the United States on 17 April 2011
Verified Purchase
Jess Mastriani, 'Lightning Girl' and heroine of three previous novels (When Lightning Strikes, Code Name Cassandra and Safe House) is back - and this time she's facing a truly evil foe. After thwarting a murderer at her own Ernie Pyle High School, Jess knows she's not going to be able to keep the Feds off her back for much longer. Even though they can't have any tangible proof, it's a given that the FBI agents who seem to haunt her every step know that Jess has been lying about losing her freaky psychic powers. Still, it's hard to lay low when danger waltzes into your own neighborhood.

Nate Thompson and his sister are the only African-American students at Ernie Pyle, but Nate doesn't seem to have any problem fitting in. There has certainly been nothing to suggest that Nate has made enemies. Nate, who happens to be Jess's neighbor, goes missing on Thanksgiving evening, but since he's just a little late coming home with some whipped cream, Jess figures she doesn't have to do 'the woo-woo thing' to find him. Then Nate turns up dead in a cornfield with a strange symbol carved into his chest and Jess feels both horrified and horribly guilty. Could she have saved Nate if she had tried to use her psychic powers as soon as she knew he was late getting home?

When the local synagogue is burned and a twelve-year-old Jewish boy turns up missing, it becomes starkly obvious that something very ugly is happening in Jess's hometown. If the crimes are connected, and how could they not be, then Jess has got to find Seth Blumenthal before the hatred and violence escalate even further.

The 1-800-Where-R-You series (of which this is the fourth book), is classic Meg Cabot. The heroine is sharp and feisty and the supporting cast is memorable. It is possible to read any of these books as a stand alone but you'll enjoy them so much more if you read them in order.
Read more
Report abuse

Lisa
4.0 out of 5 stars 'Lightning Girl' Saves the day once again
Reviewed in the United States on 18 August 2010
Verified Purchase
In SANCTUARY, Jessica Mastriani takes on a white supremacy group who has already killed her new neighbor's teenaged son. When the local authorities fail to rescue a young Jewish boy who has been kidnapped, Jess and her maybe-boyfriend Rob infiltrate the group to stage a rescue of their own. Can they rescue young Seth or will they all end up as bodies in a cornfield?

This was the first time in the series that I really wondered how Jess (and Rob) were going to pull things off without ending up dead. I said in my review of SAFE HOUSE that I wished for more Rob and Cabot definitely delivered in this book. But Cabot (talking about FBI big guy Cyrus Krantz) referred to the X-Men villain Magneto as *Dr.* Magneto--my screams of horror have only just died down. It was an interesting book that I flew through.

A Note on the Kindle edition: Probably the cleanest Kindle edition of the series. Two or three words throughout the entire book converted incorrectly and are hardly worth mentioning.
Read more
Report abuse
See all reviews
Back to top
Get to Know Us
Make Money with Us
Let Us Help You
And don't forget:
© 1996-2021, Amazon.com, Inc. or its affiliates