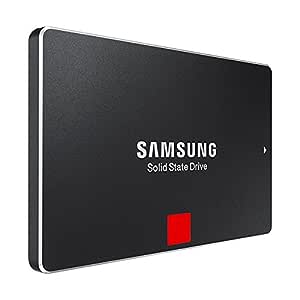 by Samsung Electronics
4.7 out of 5 stars 3,831 ratings
International product from outside Australia

Expand all Collapse all Technical Details
Expand
Summary : Screen Size, Screen Resolution, Graphics Coprocessor, Graphics Card RAM
Expand
Other Technical Details
Warranty & Support
Amazon.com.au Return Policy: You may return for a full refund for the price you paid within 30 days of delivery any new computer purchased from Amazon that is "dead on arrival", arrives in damaged condition or is still in unopened boxes. Amazon may test or inspect returns. If Amazon finds a customer has misrepresented the condition of a return, Amazon may impose a fee equal to up to 15 percent of the merchandise sales price. Any returned computer that is damaged through customer misuse, missing parts, or in unsellable condition… Read more due to customer tampering may result in the customer being charged a restocking fee based on the condition of the computer. This policy does not restrict or alter any non-excludable statutory consumer protections or rights you may have, including under the Australian Consumer Law. To view full returns terms including return instructions, merchandise-specific requirements and exclusions see our Returns Policy Page. New, used, and refurbished products purchased from Marketplace vendors are subject to the returns policy of the individual vendor.

allquixotic
5.0 out of 5 stars Still state of the art, 2+ years running
13 October 2017 - Published on Amazon.com
Verified Purchase
This is a fantastic line of SSDs that has been produced for several years, and there's a very good reason that they haven't changed them: they're stable, rock solid, reliable, and about as fast as a SATA SSD can be. The only real tragedy is that the global NAND shortfall has kept their prices high, so people who were holding off on purchasing one of these due to their expectation of price drops in 2016-2017 will be kept waiting even longer, or will have to pony up quite a lot of money to get one.

The 850 Pro is pretty much the ideal balance between performance, cost, capacity, and reliability for business or personal use. There are faster SSDs (NVMe, mainly); there are higher capacity SSDs like the 850 EVO 4 TB; there are also more reliable SSDs for datacenter use with more write cycles. But this line of SSDs is in the middle of the pack when it comes to cost -- costlier than the Crucial MX300 and the 850 EVO, but cheaper than Enterprise SSDs -- while being very close to top of the line in performance and reliability, and with pretty good capacities.

Again, it would be awesome if global market conditions were different and solid state drive prices weren't so stagnant (or even increasing), but in the absence of global market shifts, this is the best we have available for now. So you can either wait out the storm and hope that NAND is more available later, or buy in at what has been a near-constant price point with a known quantity SSD that has a low defect rate and excellent performance and price characteristics in the current market as of Q4 2017.

I've had a positive experience now with five different 850 Pro SSDs at three different capacities (1 TB, 128 GB and 256 GB), so I heartily recommend them for a wide variety of use cases.

Jack—tech geek extraordinaire
5.0 out of 5 stars Although I hate Samsung, this is about the best SSD available on the market today.
20 October 2017 - Published on Amazon.com
Verified Purchase
This is about the highest rated SSD on the market. Unfortunately, I don't like buying Samsung products, and my family has had very bad luck with Samsung appliances. We won't EVER buy another Samsung washer, dryer, refrigerator, etc.

However, Samsung is a leader in SSD research and development. If you own any Apple product, you probably have their memory chips inside it. This is a top rated SSD, and the 10 year warranty proves it. For the $385 I paid, there was no comparison to anything else available. This SSD originally retailed for twice what I paid, so I waited for the price to drop. And waited. And waited some more. Now my 2011 MacBook Pro runs very fast indeed. As I understand it, this drive runs as fast as the 6Gbps SATA III interface will allow. Theoretically, newer Macs can run a tiny bit faster with their permanent solid state storage, but you'll never notice it in real life use. I won't ever buy another Apple computer because, since Steve Jobs' passing, they no longer make anything upgradeable. No more upgrading the hard drive later on. No more upgrading memory. You have no choice but to pay Apple's outrageous prices up front, and be stuck forever with whatever you buy. This added to their crummy new keyboards, and Apple is now the poster-child for planned obsolescence. Lucky for me, my Macs should last the rest of my life. Maybe a little repair now and then, but in general, the old Macs were built like tanks.

If you're the sort to keep your computer for many, many years, I suggest upgrading the hard drive to a Samsung SSD for maximum performance. There is no better way to increase overall speed than replacing your mechanical hard drive with a solid state one.
Read more
8 people found this helpful

J. C. Urbaniak
1.0 out of 5 stars Failed completely after 22 months
29 October 2017 - Published on Amazon.com
Verified Purchase
Was very fast when working but overnight on one day it went completely dead. No connectivity at all despite my tech support using different power and SATA cables.

And of course it was my boot drive.

It has a 10 year warranty that you may need it if you buy this product.

If you buy this be sure you have image copies and/or ongoing backups.

My confidence in this technology is strongly shaken. I could perhaps expect this kind of failure from a rotating disk but not an SSD.

Samsung is honoring the warranty, but meanwhile I could not wait for the replacement and had to buy another SSD drive.

What a hassle restoring my boot drive from the combination of an image copy and online cloud backups!

When spending this much for hardware it should last as least as long as the warranty.
Read more
7 people found this helpful

Barry J.
5.0 out of 5 stars Unbelievably easy, stupendously capacious, stunningly inexpensive. Such a deal, eh?
28 September 2017 - Published on Amazon.com
Verified Purchase
I've only had it a day, and thanks to the included migration software, it's installed and running flawlessly. I was expecting to have to do a full image backup of my old drive (after cleanup), followed by a restore to the new drive. The Samsung software has you just connect the new drive to your mini SATA-to-USB box and then to a USB port (the faster the better) and load the CD-ROM. The software takes over from there and you're left with a drive with all your files and programs intact, including the OS. Saved me at least hours, and REALLY minimized the running-around aggravation usually associated with a HD upsize. My existing 256GB SSD was only 30 gig from full, and the entire migration took less than an hour. I couldn't be happier, AND now I've got twice as much space. All this for less that 50 cents a gigabyte. That's ridiculously cheap for a high quality, high capacity, painless 512GB upgrade. My first hard drive cost me (used!) more than 10 dollars per megabyte. So when I say ridiculously cheap for this one, I've got a frame of reference that goes back a ways. Buy one of these and keep Samsung doing nice storage things for the computing community !!
Read more
4 people found this helpful
Go to Amazon.com to see all 3,801 reviews 4.7 out of 5 stars
Get FREE delivery with Amazon Prime
Prime members enjoy FREE Delivery and exclusive access to movies, TV shows, music, Kindle e-books, Twitch Prime, and more.
> Get Started
Back to top
Get to Know Us
Make Money with Us
Let Us Help You
And don't forget:
© 1996-2020, Amazon.com, Inc. or its affiliates