Saltwater in the soul: Book one in Saltwater Series and over 1.5 million other books are available for Amazon Kindle . Learn more
Share <Embed> 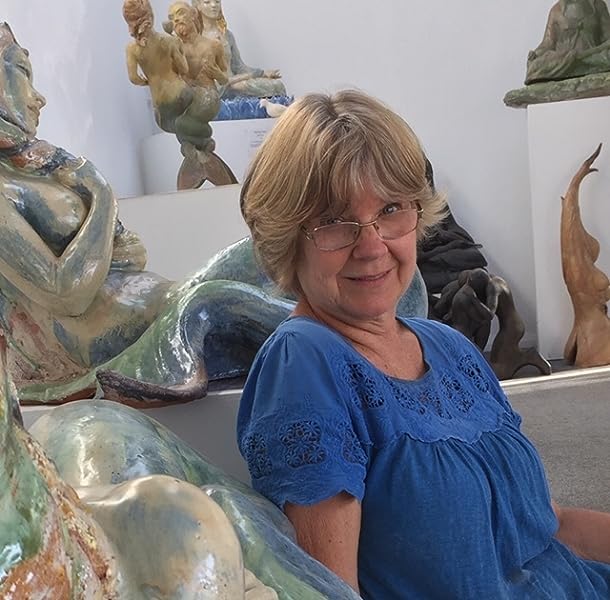 Saltwater in the soul: Book one in Saltwater Series Paperback – 1 October 2018

FREE expedited delivery and up to 50% off RRP on select top books.
Explore our selection of bestsellers, new releases, children's books, fiction, non-fiction, cookbooks and more. T&Cs apply. Shop now
click to open popover
Start reading Saltwater in the soul: Book one in Saltwater Series on your Kindle in under a minute.

Kevin Lintner
5.0 out of 5 stars Fantastic!
Reviewed in the United States on 28 September 2015
Verified Purchase
I love tales of the sea, especially when they involve mythological creatures, so I was definitely a very happy person when I found Saltwater in the Soul by Susan Sowerby. This novel tells the story of Finn, a young man who ran away from home after stealing his uncle's luminescent shell. Finn takes up refuge in a small rented farm located in the Hebrides Islands off the coast of Scotland where he encounters a creature that is both beautiful and terrifying all at once. "Saltwater in the Soul" is a beautifully written adventure tale that will hook you right from the beginning, reel you in, and keep you in its net right up to the very end.
Read more
Report abuse

jodie
4.0 out of 5 stars I think Salt Water will make for a great debut novel
Reviewed in the United States on 14 June 2015
Verified Purchase
I've not read anything on the subject of sirens before, so my interest was captured from the beginning.

Saltwater is a unique story. The setting is evocatively written. As the reader, I felt I was right there in the story.

I think the author wrote well within the fantasy genre. Most of the time, my disbelief was suspended.

I wouldn't call Saltwater riveting but it was certainly a pleasant read. I cared enough about the characters to stick around and find out what was going to happen to them.

With a little more editing, I think Salt Water will make for a great debut novel.