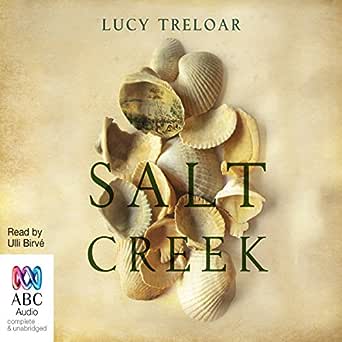 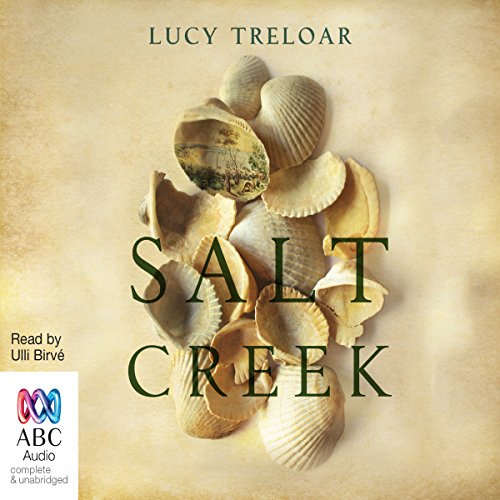 4.3 out of 5 stars
4.3 out of 5
110 global ratings
How are ratings calculated?
To calculate the overall star rating and percentage breakdown by star, we don’t use a simple average. Instead, our system considers things like how recent a review is and if the reviewer bought the item on Amazon. It also analyses reviews to verify trustworthiness.

Amazon Customer
5.0 out of 5 stars Great read
Reviewed in Australia on 29 September 2020
Verified Purchase
This was such a good read. I got so involved with the characters and lived their lives with interest and pain. I enjoyed reading about the life on the Coorong at settlement and the interaction of the aboriginal people.
Many aspects to this book that kept me involved and challenged.
Read more
Helpful
Report abuse

Chris Fry
4.0 out of 5 stars Recommended reading
Reviewed in Australia on 8 August 2016
Verified Purchase
Totally gripping story with strong characters. Reading this tale from the perspective of 2016 often left me feeling frustrated that the characters acted as they did but this, in itself, shows the Victorian mores more clearly in the writing. A very well written story of a family, their religious and cultural beliefs set in a time of great cultural upheavals in a wild and unforgiving land which eventually impacted every character in the story.
Read more
2 people found this helpful
Helpful
Report abuse

Christy
4.0 out of 5 stars Loved this book
Reviewed in Australia on 17 November 2016
Verified Purchase
Loved this book. The way it outlines how Europeans, unknowingly in many cases, abused the environment which the aborigines depended upon for their existence is a cause for shame. Written without censure but nevertheless compellingly..A skillful interweaving of a patriarchal family with the environment and the travails of his children.
Read more
Helpful
Report abuse

Carol Taylor
4.0 out of 5 stars Intriguing Australian Tale
Reviewed in Australia on 23 February 2017
Verified Purchase
this was a fascinating tale of a simple Australian family coping as best they could with the harsh conditions and isolation of the Australian bush.
Read more
Helpful
Report abuse

cornsplicer
4.0 out of 5 stars Disturbing on many fronts.
Reviewed in the United Kingdom on 8 December 2020
Verified Purchase
I suppose that in every era the human story is the unchanging drives of greed, exploitation, control, and domination and the effect it has on others. It echoes down the millenia despite our technological progress.

Will it all end in disaster or unexpected outcomes?

Set in mid Victorian colonial South Australia, this is the story of one family led by a very flawed patriarch. If this is how everyone lived then, we have much to be thankful for today.

The treatment of women and indiginous people at that time was disgusting, and such behavior must be eradicated in today’s world.

The narrative was slow burning but compelling and well written in the vernacular of that age. Having driven through Salt Creek three years ago, I can imagine the desolation and austere circumstances described.

So well worth a read, even if it leaves you feeling sad by the end of it.
Read more
Report abuse

Susan Finer
3.0 out of 5 stars A dour tale of hardship
Reviewed in the United Kingdom on 18 August 2018
Verified Purchase
I persevered with this book. Sadly, not always the case with much I download these days. It was our book club choice.
To begin with it was rather confusing, jumping from Australia to England and back and it’s more difficult with a download to identify chapters to refresh your mind.
It was mostly deeply depressing with little to raise the spirits and I’m afraid I didn’t empathize with any of the characters.
The subject was however very well researched and beautifully written. But sorry, only three stars.
Read more
Report abuse

Hampshire Julie
5.0 out of 5 stars Interesting story development.
Reviewed in the United Kingdom on 27 June 2018
Verified Purchase
I really enjoyed this - a good read - interesting family saga and shows how the relationship with local aborigines developed over time.
Read more
One person found this helpful
Report abuse

Kindle Customer
5.0 out of 5 stars Salt Creek
Reviewed in the United Kingdom on 5 November 2017
Verified Purchase
Australia has always had a checkered past and this story tells how harsh the environment was and how badly the indigenous population were treated by immigrants who knew no better. Even now there is still a gap due to ignorance by all parties to be filled.
Read more
Report abuse
See all reviews
Back to top
Get to Know Us
Make Money with Us
Let Us Help You
And don't forget:
© 1996-2021, Amazon.com, Inc. or its affiliates