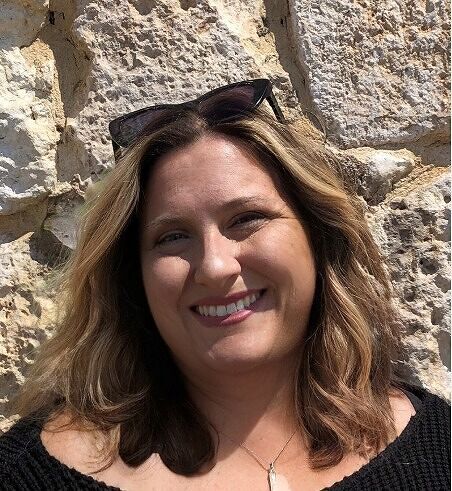 by Jane Gundogan (Author)
4.5 out of 5 stars 38 ratings
See all formats and editions
Sorry, there was a problem loading this page. Try again.

Pre-order Slim Aarons: Style with Pre-order Price Protection Guarantee.
If the Amazon.com.au price decreases between your order time and the end of the day of the release date, you'll receive the lowest price. Click here to pre-order now
Start reading Salep and Ginger (The Ginger Chronicles) on your Kindle in under a minute.

Sondra English
5.0 out of 5 stars Humorous and witty rolled into this read!
Reviewed in Australia on 7 April 2020
Verified Purchase
If you love reading romcom style books you will love this one! I honestly busted out laughing at times whilst reading it. The author has an awesome sense of humour and an even funnier smartass style wit with the Ginger character. Some things I could even relate to and see happening (especially the humour amongst the friends). Thoroughly enjoyed reading this book!
Read more
Helpful
Report abuse

Tina Chaloner
5.0 out of 5 stars Well worth a read
Reviewed in Australia on 1 May 2021
Verified Purchase
Great book. Brilliant Aussie humour combined with an intriguing storyline. Keeps you interested.
Read more
One person found this helpful
Helpful
Report abuse

Elizabeth Brown
5.0 out of 5 stars Wonderful
Reviewed in Australia on 1 February 2020
Verified Purchase
After few sleepless nights was amazed. A wonderful flowing book that is hard to put down once you start it.
Read more
Helpful
Report abuse

Diana
5.0 out of 5 stars Very interesting book
Reviewed in Australia on 10 August 2021
Verified Purchase
Amazing book was such a beautiful story I couldn’t put it down, I highly recommend who hasn’t read it yet.
Read more
Helpful
Report abuse

PS
TOP 1000 REVIEWER
5.0 out of 5 stars Awwww - a great read!
Reviewed in Australia on 11 December 2019
Salep and Ginger by Jane Gundogan is a great read. It’s really sweet, full of ‘kismet’, family and love. It’s definitely spicy in parts, sad in others. I found her characters interesting and funny, honest and different and the story line was detailed but flowed effortlessly. It’s an enjoyable read and I’ll certainly be keeping an eye on this emerging author. And now I want to go visit Turkey! Thanks for the recommendation MoMo!
Read more
One person found this helpful
Helpful
Report abuse
See all reviews

Amanda Sheridan
5.0 out of 5 stars Salep and Ginger. Perfect for Christmas or any day of the year.
Reviewed in the United Kingdom on 27 October 2020
Verified Purchase
I’ve never been a fan of rom-coms. Not for any reason, they just didn’t appeal to me. But Salep and Ginger blew me off my feet. It is funny, sad and incredibly erotic in all the right places.
Ginger is the perfect rom-com heroine. Occasionally clumsy, loves to drink, hates cold weather and searching for Mr. Right. Her mates are excellent in their supporting roles and there is a scoundrel waiting in the wings, a love rival and possibly the MOHD.
Will she find him and live happily ever after? BUY Salep and Ginger and you will find out.
Oh, and this book desperately needs to be made into a Christmas movie.

Rosie O'Hara
5.0 out of 5 stars Fast paced, easy read and so enjoyable
Reviewed in the United Kingdom on 17 January 2020
Verified Purchase
I absolutely loved this book, so easy to imagine Ginger and her exploits and to feel for her and her problems, doubts and fun factor. A heart warming and touching story that is perfectly possible in Turkey.
Read more
Report abuse

BB
2.0 out of 5 stars It’s ok
Reviewed in the United Kingdom on 2 January 2020
Verified Purchase
I enjoyed the story ...
However I didn’t enjoy the quality of the book..
The pages are thin and feel cheap.. I left mine in a cold room and the pages began to curl up .. almost feels like a sample of the real thing.
Aside from the low quality it’s ok
Read more
One person found this helpful
Report abuse

miss k l parker
5.0 out of 5 stars Brill
Reviewed in the United Kingdom on 9 April 2020
Verified Purchase
Really enjoyed this book, I was really surprised. It’s draws you in very quickly and keeps you there. I couldn’t put it down.
Read more
Report abuse
See all reviews
Back to top
Get to Know Us
Make Money with Us
Let Us Help You
And don't forget:
© 1996-2021, Amazon.com, Inc. or its affiliates