$23.41
+ $3.90 delivery
Sold by: Amazon US
Flip to back Flip to front
Listen Playing... Paused   You're listening to a sample of the Audible audio edition.
Learn more
See all 3 images 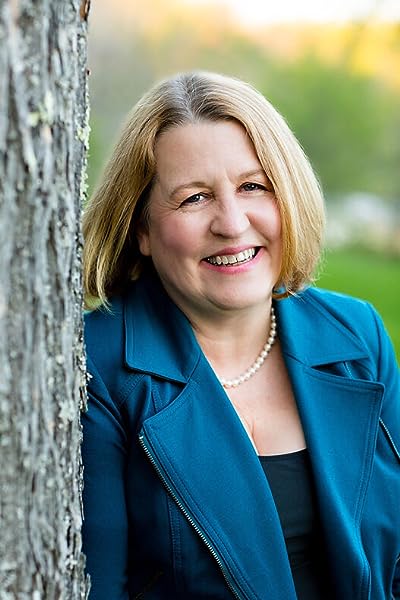 Kelly McClymer was born in South Carolina, but crossed the Mason-Dixon line to live in Delaware at age six. After one short stint living in South Carolina during junior high, she has remained above the line, and now lives in Maine with her husband and three children.

Writing has been Kelly's passion since her sixth grade essay on how to not bake bread earned her an A plus. After cleaning up the bread dough that oozed on to the floor, she gave up bread making for good and turned to writing as a creative outlet. A graduate of the University of Delaware (English major, of course) she spends her days writing and teaching writing. Look for her next book, The Salem Witch Tryouts, from Simon Pulse in Fall 2006.

Rhianna Walker
4.0 out of 5 stars No Matter How You Spell It
Reviewed in the United States on 2 June 2009
Verified Purchase
At Beverly Hills High, Prudence Stewart was a shoe-in for head cheerleader. She had the perfect grades and the perfect guy to drool over... until her mom and dad decided it was time for Pru and her brother to start learning to use the magic they've been denied for years. Which means not just leaving behind sunny California for dull Massachusetts but leaving behind the only lifestyle they've really known. While her little brother might be totally okay with the change, Pru is anything but happy!

If there's one thing that can save Pru from loserville at her new school it's joining the cheerleading squad. If only the girls at Agatha's Day School didn't do their routines in the air. Hopefully with a little tutoring and a lot of practice Pru can catch up in her magic studies and master the fine art of cheering with a witch squad. Maybe, just maybe if she does she'll get her cool factor back and fit in with her peers just magically.

If you're looking for something with a little more humor and a lot less angst, The Salem Witch Tryouts is a good place to start. The whole Beverly Hills cheerleader thing has been done in urban fantasy before but doesn't lose any of it's charm with this one. Pru isn't the snotty cheerleader one might expect though she does have some snobby moments and certainly thinks very highly of herself. Going from being Miss Popular to remedial magic student would certainly be tough on any young woman but she handles it with a decent dose of positivity and determination.

Overall this was definitely on the lighter side of urban fantasy but I personally love witch stories and thought this one was really cute and funny. The world of magic that McClymer has set up for this series is fairly unique and Agatha's Day School is definitely not Hogwarts but could appeal to that same audience if they were looking for an Americanized witch school. I really had a good time reading this book because of the lighter tone and my only real beef was the text-speak conversations tossed in between Pru and her friend back in Beverly Hills.