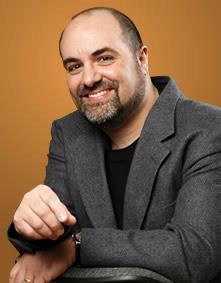 The Saints of the Sword: Book Three of Tyrants and Kings: 3 Mass Market Paperback – 27 November 2001

by John Marco (Author)
4.4 out of 5 stars 18 ratings
See all formats and editions
Sorry, there was a problem loading this page. Try again.

Available wherever Bantam Books are sold

John Marco presents the riveting conclusion to his sweeping fantasy saga -- in which three unlikely allies stand united against a terrifying crisis that threatens to devastate a world.
Biagio, Emperor of Nar, was once a madman and a tyrant. Now he wants peace. The irony is that no one believes him. Instead, the cruelest of his minions are amassing an army to usurp his throne, bringing a new scourge to a battle-scarred world.
But the wily Biagio has one more desperate plan. Alazrian Leth, bastard son of Aramoor's governor, is barely sixteen, but this young prince secretly possesses rare magical talents. Biagio sends Alazrian on a near-impossible mission: to convince outlawed priest Jahl Rob and his followers -- the fearless Saints of the Sword -- to search for the exiled ruler of Aramoor and the mysterious people called the Triin.
If these ancient enemies can unite into one great army, a boy's strange and wonderful magic may be the spark to heal a wounded world ... or set in motion an unimaginable betrayal.

John Marco lives with his wife in Kings Park, New York.
Read more
Tell the Publisher!
I’d like to read this book on Kindle

Liquid_Panda
2.0 out of 5 stars The Danielle Steele of Fantasy Novel
Reviewed in the United States on 14 May 2021
Verified Purchase
Confession, I've actually never ran any of the Danielle Steele novels but I do know about them; that the novels usually have a simplistic plot and the novels are usually just a fun read. That's how I feel about the Tyrants and Kings trilogy. I read the first book because my wife bought it a long time ago before we got together, she started reading it but stopped and never finish, one day while I was bored at home during a once in a lifetime snowstorm in the great state of Texas; I picked up this book to read because the electricity was out. I thought it was engaging at first but then I realize a lot of the dialogue repeat itself and plot thread that really doesn't go anywhere. But me being the person I am decided I must finish the book. When I finish book one I debated on if I should get the second book for a while. Eventually I caved and bought it due to me not wanting to NOT finish the trilogy and leave the characters in limbo. So I did get the remaining two. Do I regret my decision? No. Do I regret buying the books? No. Was it enjoyable? Yes. Do I recommend it? Yes, but only if you want a "quick, easy, and straight forward" read. If you don't' like repeated dialogue or simplistic plot then stay away.
Read more
Report abuse

Stefan Yates
4.0 out of 5 stars Solid ending to a great trilogy
Reviewed in the United States on 4 June 2009
Verified Purchase
John Marco has brought his Tyrants and Kings trilogy to a satisfying conclusion in The Saints of the Sword. Richius Vantran and his mortal enemy Emperor Renato Biagio return for this final installment in the trilogy, however this time the tables have turned and Biagio is seeking to ally himself with Vantran. Once again Biagio has a scheme and, though not as grand in scope as in The Grand Design, his plan seems pretty close to impossible. Can he get the ever troublesome and fierce Admiral Nicabar out of the picture and gain naval support for his venture? Will he be able to convince Richius Vantran that he has changed for the better in order to form an alliance bringing Vantran and the Triin into battle with the reclusive Highlanders in a battle against Talistan in order to stave off the possibility of world war?

As in the previous two books in the series, Mr. Marco does an excellent job weaving his plot and filling his story with interesting, multi-layered characters. The story is fairly quick paced with a lot of action and Mr. Marco has created some wonderfully vivid scenes throughout the book that will stay with the reader for quite some time.

Being a huge fan of the series, I would be overjoyed to see a fourth installment. However, I feel that this book does an excellent job of wrapping things up in the end and is a very satisfying conclusion to an excellent trilogy.

jason
5.0 out of 5 stars Great series, enjoyed all three books
Reviewed in the United States on 14 October 2018
Verified Purchase
Wonderful read, I went through all three books could not put them down. I usually only read history books, but now I think I have a new favorite author.
Read more
Report abuse

Heather Myst
5.0 out of 5 stars Five Star Finish
Reviewed in the United States on 4 March 2009
Verified Purchase
This was a very good end to an excellent series. I will be reading more of Marco's books in the future. I am usually a straight fantasy fan but I am so glad I didn't let the war/fantasy label keep me from reading this top notch series. This is a very under-rated work and the kind of series that stays with you.
Read more
Report abuse

JL
4.0 out of 5 stars Good read!
Reviewed in the United States on 7 August 2017
Verified Purchase
Good read, entertaining. Wish there was a book 4.
Read more
Report abuse
See all reviews
Back to top
Get to Know Us
Make Money with Us
Let Us Help You
And don't forget:
© 1996-2021, Amazon.com, Inc. or its affiliates