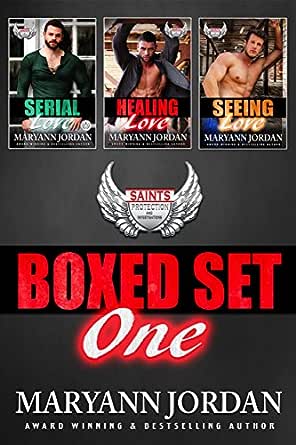 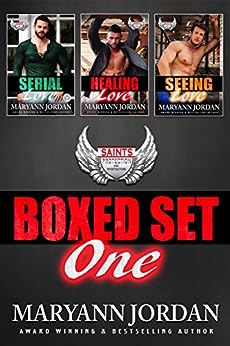 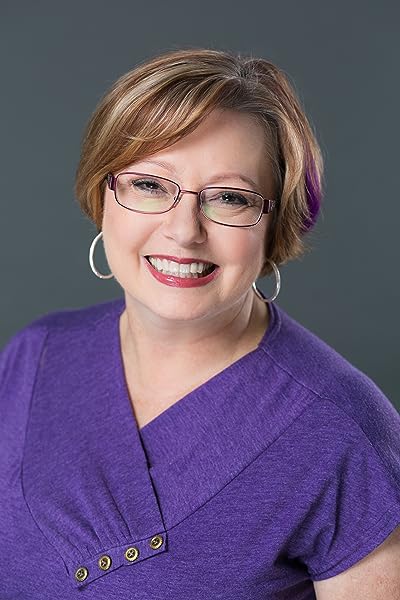 Now, for the first time, the first three books in the Bestselling Saints Protection & Investigation Series are bundled together!

Serial Love:
Jack Bryant left the Special Forces to begin his private investigation business. Pulling together like-minded men from the CIA, FBI, ATF, DEA, Border Patrol, SEALs, and police, they were devoted to the missions that no one else wanted or could solve.
When the Campus Killer strikes again, Jack’s team is tasked by the Governor to find the killer, using whatever means they can.
While following the trail of the serial killer, he becomes entangled in the life of the beautiful woman living next to his property.
Bethany Bridwell moved in with her grandmother to take over running Mountville Cabin Rentals. She had no time for the handsome, mysterious man living next door who continued to intrude into her life...and her thoughts.
Jack battled his growing feelings for Bethany, worried his life would not allow for the white-picket-fence world she deserved. But he was unable to stay away.
When the trail of the Campus Killer strikes close to home, can Jack protect Bethany long enough to give her what she needs?

Healing Love:
Cam Perez left his juvenile deliquent years behind to become an undercover detective and then accepted a job with Saints Protection & Investigations. When a friend’s sister, a Red Cross nurse, was kidnapped, Cam eagerly stepped up to take on the rescue mission. The right man for the job, he was focused on what needed to be done…until he lay eyes on her. And then not only saving her life but winning her heart became the new mission.
Miriam Delaro had become discontent in her hospital job, so the chance to go to Mexico to work for the Red Cross when an earthquake struck was the perfect career change. Then she and three other nurses were kidnapped by a drug cartel, who needed their services to aid the cartel’s wounded. She tended the ill by day, but at night prayed for a deliverer, wondering if escape was possible. Then he came…disguised as a lowly, wounded worker.
Their meeting was only the beginning. Having to escape the guards, travel by canoe in a storm, and cross miles of perilous Mexican cartel country to get to the ocean where the Saints could picked them up was their goal. Falling in love was their reward.

Seeing Love:
A man who searches for facts:
A former SEAL, Bart Taggart’s career with Saints Protection & Investigations fills his need to take on any mission, see it to the end, and then enjoy his down time with his friends and easy women. A man who searches for facts has no room in his life for deceivers.
His world is turned upside down, when assigned to assist the FBI in searching for a kidnapped boy, he is paired with a dark-haired beauty, unlike any woman he has met.
A woman who with the gift of sight:
Faith Romani, a psychologist and artist, works for the local police occasionally, using her special gift of sight. Tired of hiding her gift if it can be used for good, she strives for acceptance in a world of doubters.
Sparks fly when the two are forced to spend a week close together as they race toward the deadline given by the kidnappers. Will Bart be able to put aside his prejudice to accept that not all truths can be explained? Will Faith be able to understand her visions in time to save the child? Will the two of them be able to forge a partnership…or possibly more?
Seeing Love is a riveting novel that will hold you to the dynamic end!

*****Due to mature scenes of a sexual nature and language some may consider crude, 18+ readers only!*****
This is book s standalone, written in the Saints Series. Be warned - alpha men, strong women, suspenseful, and a sweet & steamy love story!

Dawn A. Cruikshank
5.0 out of 5 stars Saints Protection and Investigations Box Set
30 April 2018 - Published on Amazon.com
Verified Purchase
OMG! What a FANTASTIC start to this series!
Book 1- Serial Love: My review is at the end of the book.

Book 2 - Healing Love: This story is about Cam and Miriam. It starts out innocently enough but after a couple of chapters, we find out Miriam was kidnapped by the Mexican cartel. Cam is sent to rescue Miriam since he would be able to blend in better with the locals. Once Cam rescues Miriam, the trip gets a little intense in more ways than one. They get to know each other during their harrowing trip to safety. Once they read US soil, they think things can go back to normal but more danger lurks until Miriam is kidnapped once again and she fights her kidnapper until the Saints arrive to save her. Once the bad guys are neutralized, Cam and Miriam find their happily ever after.

Book 3 - Seeing Love: This story is about Bart and Faith. A child is kidnapped and the grandfather calls in Faith as he knows about her "gift". When he also calls in the Saints, Bart is out on this case and goes ballistic when he finds out what Faith does. He calls her a fraud, among other things. They are attracted to each other but they don't trust each other the first few days. As the week progresses, Bart is finding he has to keep apologizing for his bad attitude and behavior. Once they "get together" , they find they have a strong attraction to each other but Bart has to prove his worthiness to her. They finally get to the point where they trust each other. Faith is finally able to locate the kidnapped but and is totally shocked that his own mother kidnapped her own son. Once the child and grandfather is reunited, Bart and Faith can finally get to their happily ever after.

These 3 books are FANTASTIC! What a FANTASTIC job Maryann! I would recommend all 3 these books.

jspence
2.0 out of 5 stars Writing is inconsistent.
1 May 2018 - Published on Amazon.com
Verified Purchase
Totally agree with the other reviewer in every way that rounded the star to 3 bc of the price. I'm not going to be that nice. The grammar in this was all over the place. I didn't see conjunctions used which made for very stilted reading. Did not instead of didn't. Yet, in conversation the word 'gonna' was used frequently. The H constant use of Babe, Baby, Beautiful, and finally my all time hated phrase baby girl in reference to the h was used to excess. The foul language didn't fit in with the style of writing imo. The crying jag for a week was ridiculous considering they had talked to each other a total of maybe 5 times and the h insistence to know 'where they stand?' that early in a relationship was just silly. Take that formula times 3 and you have all of the books descriptions. I rolled my eyes so much through this that I think I have eye strain now. First time reading this author and really if they had a better editor maybe I would try them again bc as far as the story goes it wasn't that bad. The writing was just too inconsistent for me to read easily.
Read more

hope
3.0 out of 5 stars predictable and reduntant
2 May 2018 - Published on Amazon.com
Verified Purchase
All three stories were basically the same. Male character didn't think his life would fit into the female's life. All stories were slow and redundant. The third book, Seeing Love had characters and a story line at the beginning that wasn't addressed in the previous 2 books in this set, so that was confusing.
The only way I would read the other 6 books in this series is that the author offers them as a box set of 3 again at the price of $0.99. Outcome of the stories were predictable.

Kindle Customer
4.0 out of 5 stars Saints vs Sinners
22 May 2018 - Published on Amazon.com
Verified Purchase
These three books are full of good looking men, part of Saints Protection, fighting against sinners of the world, and finding their one true love in the process. Along the way is adventure, bad guys and lots of hot sex. All three books were good, fun reads for me. If you aren't into somewhat explicit sex or occasional cursing, you may not like k e this series of books. But the sex is all loving, with men and women giving equally. The adventure part was full of bad guys, good folks, technology and camaraderie among a group of kick ass, well-being, handsome dudes.
Read more

Belinda
5.0 out of 5 stars Great series.
30 April 2018 - Published on Amazon.com
Verified Purchase
I love this series. I appreciate how Ms. Jordan starts each book telling you the mans backstory of their childhood. It helps to keep the story flowing and it gives the character depth. This is an awesome box set. I already purchased and read Serial Love but when I saw this box set I had to grab it. It does not disappoint. I see why Ms. Jordan is a best selling author.
Read more
Go to Amazon.com to see all 22 reviews 4.2 out of 5 stars
Get FREE delivery with Amazon Prime
Prime members enjoy FREE Delivery and exclusive access to movies, TV shows, music, Kindle e-books, Twitch Prime, and more.
> Get Started
Back to top
Get to Know Us
Make Money with Us
Let Us Help You
And don't forget:
© 1996-2020, Amazon.com, Inc. or its affiliates