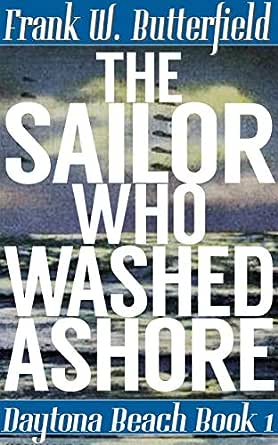 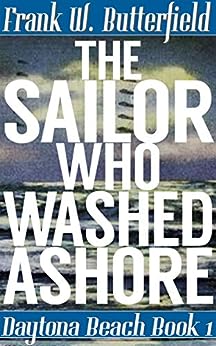 It's June of 1947 and the Spanish moss is twirling in the sea breeze beneath the limbs of a massive live oak somewhere in Daytona Beach, the World's Most Famous...

And Tom Jarrell is having a hard time coping with each day. He's recently been made a widower, having lost his wife and daughter (Sarah and Missy) in an accident out on the DeLand Highway back in April.

Fortunately, his good friend, Ronnie Grisham, is keeping an eye on his ole pal, making sure he eats and deposits the insurance checks in the bank when they come in. And, thanks to Sarah's foresight, two or three have shown up in the mail.

Finally, Tom manages to get himself together and takes the train north to visit his grieving in-laws and check into a sanitarium in Wisconsin to get help with his profound sense of loss and the fact that he's turned to drink to help numb the pain.

Six weeks later, Tom is back. He feels like a new man. And, on the advice of his friend, Ronnie, he decides to open up an office on Beach Street in downtown Daytona and put out his shingle as a lawyer.

One day, as Tom is dictating another letter to Allied Southern Insurance up in Nashville, Howie Kirkpatrick walks in the door. The kid, who is probably 21, if that, looks like he's been through the wringer. He's sunburned, needs a shave, and has a problem he hopes Tom Jarrell can help him with.

He's not sure, but he thinks he just might have killed his best friend, Skipper Johnson, out in the middle of the Atlantic Ocean.

Howie's arrival is like a pebble that starts an avalanche.

Dark secrets in sunny Daytona Beach are about to be revealed and who knows what might happen when they are.

Where Perry Mason meets Flamingo Road with a gay twist! Set in the sultry south and by the beach, the Daytona Beach series of novels are about Tom Jarrell, an attorney who's just starting his own private practice, and Ronnie Grisham, Tom's private eye, long-term friend, and new-found lover.

These stories begin with Tom and Ronnie finding each other after a devastating loss and continue as the two men bring together a kind of family that neither of them could have ever imagined having.

Come take a stroll along the World's Most Famous Beach right after the Second World War. Truman is president, the men are home from Europe and the Pacific, and the Red Scare is just getting started.

It's a time and a place that no longer exists.

Take a dive in and see if you might wanna stay for a while.

"Butterfield transports the reader to post-World War II America with his distinctive narrative and diligent research in this new and wholly clever series starring an attorney and his private detective lover. Heartfelt, honest, and sharp storytelling by a well-respected voice in the gay mystery genre."—C.S. Poe, Lambda Literary Award finalist author of the Snow & Winter series

Justanotherreview
5.0 out of 5 stars A promising start to what looks like a great series
9 October 2018 - Published on Amazon.com
Verified Purchase
It’s 1947. Tom’s a lawyer who lost his wife and child in a car accident. Ronnie is a PI and Tom’s best friend. He’s determined to get Tom back into the world. One of their first cases is a young man accused of murdering his best friend. Tom and Ronnie smell a set up. Ronnie investigates and gets the evidence to Tom, who introduces it mid-trial a la Perry Mason.

Tom and Ronnie have been lovers in the past and by the end of this book, they move in together, along with Howie, the young man they saved. Future books promise a relationship in which Tom and Ronnie act as fathers to Howie.

Other recurring characters are introduced. Marveen, the secretary, is unaware of their relationship. Alice, their housekeeper, is a gay, black woman, who does know – probably before Tom realizes what he and Ronnie have. There’s also a psychic who I hope will recur.

It’s a good mystery and a glimpse into the legal system of 1947. They really did go to trial a mere week after the body is found and Howie is arrested.

Geoff Whitwell
5.0 out of 5 stars Looks like the start of another brilliant series
11 October 2018 - Published on Amazon.com
Verified Purchase
I’m a big fan of the Nic and Carter stories, and wasn’t sure how I’d take to this new series. I should never have had a glimmer of doubt as Frank’s amazing story telling got me hooked from the first chapter. Different location, different characters, and although mildly similar story lines I was left in no doubt it is a totally different series. I’ll certainly be back for the next book.
Read more
2 people found this helpful

David Mathis
5.0 out of 5 stars So much fun!
20 November 2018 - Published on Amazon.com
Verified Purchase
I live in New Smyrna Beach...which is only a few miles south of Daytona. I really enjoyed reading about streets I drive regularly and imagining them as they once were. As always.... I loveFrank's style. I hope this series continues for a very long time.
Read more
2 people found this helpful

bheath
5.0 out of 5 stars Curses
22 October 2018 - Published on Amazon.com
Verified Purchase
Curses Mr. Butterfield--another series I am going to have to keep track of. Seriously, thank you for your great books--its like catching up with old friends and now I will expand that circle to include Tom and Ronnie.
Read more
One person found this helpful

kybob
4.0 out of 5 stars A fun story
21 April 2019 - Published on Amazon.com
Verified Purchase
This is a well written story about a lawyer, his PI friend and a young man in trouble. The characters are likable and realistic, and the story line reminds me of a famous novel about a lawyer in a small town. Satisfying as a cold sweet tea on a hot summer day. Thanks
Read more
One person found this helpful
Go to Amazon.com to see all 17 reviews 4.9 out of 5 stars
Get FREE delivery with Amazon Prime
Prime members enjoy FREE Delivery and exclusive access to movies, TV shows, music, Kindle e-books, Twitch Prime, and more.
> Get Started
Back to top
Get to Know Us
Make Money with Us
Let Us Help You
And don't forget:
© 1996-2020, Amazon.com, Inc. or its affiliates