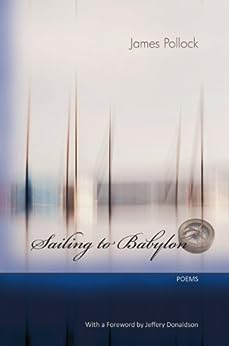 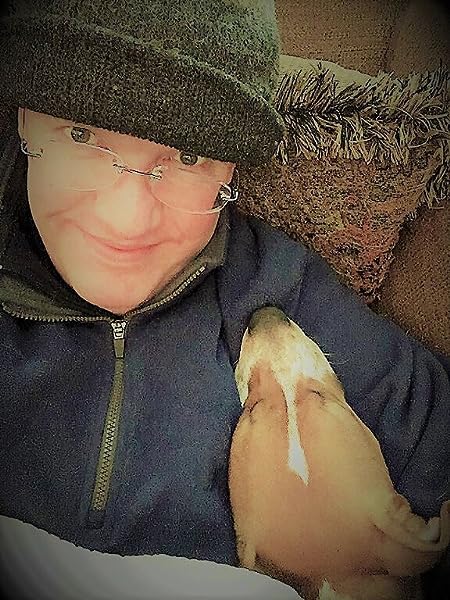 James Pollock grew up in southern Ontario, Canada. He graduated summa cum laude with an Honors B.A. in English literature and creative writing from York University in Toronto, and earned an M.A. and Ph.D. in creative writing and literature from the University of Houston, where he held several fellowships in poetry. He was a John Woods Scholar in poetry at the Prague Summer Program at Charles University in Prague, and a work-study scholar in poetry at the Bread Loaf Writers' Conference. His poems have been published in AGNI, The Paris Review, Poetry Daily, and more than a dozen other journals. His critical reviews have appeared in Contemporary Poetry Review, Books in Canada, The New Quarterly, and elsewhere, and a collection of his criticism, You Are Here: Essays on the Art of Poetry in Canada, is forthcoming from The Porcupine's Quill. He is an Associate Professor at Loras College in Dubuque, Iowa, where he teaches poetry in the creative writing program. He lives in Madison, Wisconsin. --This text refers to the paperback edition.

Cj Pellatt
5.0 out of 5 stars Gorgeous, Highly Readable poems that read kind of like a novel
Reviewed in Canada on 10 July 2012
Verified Purchase
As you read the poems in this book of highly readable literary poems, you soon realize that the book as a whole is a story, it takes you on a journey, draws you in deeper, lke a novel. The experience of reading it is like the best conversation you've ever had with another intelligence, another sensibility. Stunning, crystal clear lines and images will linger in your mind long after you close the book. All this and a mastery of form that is so subtle, you hardly notice it, you only feel its effects.

The kind of poetry that can bring people back to reading poetry. As Jeffrey Donaldson says in the prologue, poems that will be read in 100 years. Be one of the first to discover Sailing to Babylon.

Thomas F. Dillingham
5.0 out of 5 stars Journeys--far out and deep within
Reviewed in the United States on 11 July 2012
Verified Purchase
James Pollock's poetic voice is distinctive and personal; even in a dramatic monologue, such as his
fascinating "Glenn Gould on the Telephone," we accept the voice of the persona as Gould, but we hear
the underlying sounds of Pollock's sympathetic and familiar voice. His narratives, some based on accounts
of explorers' experiences in wilderness and arctic wastes, some emerging from intimate and tightly focused
family memories ("Radio," "A Weekend in Vienna"), offer insights into the meaning of journey, of quest,
of travel as an art--the art of describing travel as universal human experience, whether moving out
away from home and the familiar (as in the two poems named "Northwest Passage") or seeking within
(as in the somewhat enigmatic "Ex Patria).

Pollock's volume culminates (and is masterfully summed up) in the beautiful narrative of a day
exploring the woods with his young son--"Quarry Park: Madison, Wisconsin"--written in a flexible
and entirely effective terza rima that sustains the movement of the poem while allowing the narrative
to stop for moments of insight and reflection as well as racing forward toward the next discovery.
To a great extent, these poems are about art--about the relation of art to the meanings and values
of human life; they are never art for art's sake, however, nor do they suggest (as some such poems
do) that art is all that is important. Quite the contrary, art is at the service of the quest for
meaning and relationships, for the affirmation of life. This is a volume that should be read,
and surely will reward many readings and re-readings.
Read more
One person found this helpful
Report abuse

Anne Caston
4.0 out of 5 stars Beautiful Books by Able Muse
Reviewed in the United States on 28 January 2013
Verified Purchase
I was drawn to this book - I confess - by its gorgeous, haunting cover. That is a fact. Despite all the furor about poems being able to "sell the book," it is still possible to be swayed by a well-packaged book...and Able Muse has done that with this collection by James Pollock. Of course, a lovely cover alone does not MAKE the book and the poems inside must live up to that cover. In this case, they do. The poems are haunting and well-imagined as the cover is and THAT is what makes this an award-winning book.
Read more
Report abuse
See all reviews
Back to top
Get to Know Us
Make Money with Us
Let Us Help You
And don't forget:
© 1996-2021, Amazon.com, Inc. or its affiliates