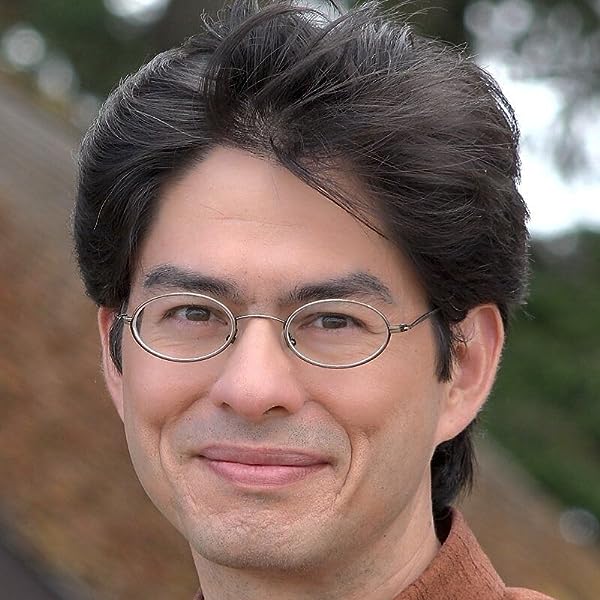 by Thomas Hitoshi Pruiksma (Author)
See all formats and editions
Sorry, there was a problem loading this page. Try again.

The Safety of Edges ponders liminal times and spaces, tracing the borders between now and then, here and there, childhood and the grown poet. The edge of anything is both a limit and a possibility, an encounter either safe or risky. Pruiksma’s poems seek what it is one awakens to in the half light between darkness and dawn, an emptiness that is not empty, a “saying in the silence,” “a song we can’t see,” or whatever in movement might remain still. Pondering a world waiting to be whole, they return repeatedly to home. Theirs is a quiet voice of the hints that the past, like the things that inhabit it, emanates, of evanescences, of questioning and questing, of the mystery of ordinary moments: playing cards, drawing, opening a door, building sheds, seeing neighbors. Not only doors or walls, not only voices, all things leave traces.  There is nothing “to dull the emptying darkness beyond even the darkness I could see,” Pruiksma writes in a poem that appears early in his book.  Yet he finds, near the end of it, “a darkness not dark, an emptiness not empty.” The Safety of Edges is a work of a compassionate discreteness, a generous simplicity, in which the hours of life are not lost but found, sometimes, “all of it here in our hands.”

Peter Weltner, author of The Light of the Sun Become Sea and Unbecoming Time

"If we hope to proceed into the future as a civilized country, we are going to need the work and the example of young people such as Mr. Pruiksma."

Wendell Berry, from a letter recommending the author

"Pruiksma's mysterious magic is all here. But he also shares some hallucinatory insights, those that you can only get when you are a child and you wonder. When tiny observations embrace the whole world. Even a dark world."

"Pruiksma is a fine poet, a gifted and dedicated translator, and a devoted scholar."

Thomas Hitoshi Pruiksma is an author, poet, translator, teacher, magician, musician, and lover of life. He was born in Seattle, Washington, and has lived and worked in Tamil Nadu, India, and Oaxaca, Mexico. His books include Give, Eat, and Live: Poems of Avvaiyar and Body and Earth: Notes from a Conversation (written with the artist C.F. John). He makes his home on Vashon Island, Washington, with his husband, David Mielke. thomaspruiksma.com
Tell the Publisher!
I’d like to read this book on Kindle

Thomas Hitoshi Pruiksma is an author, translator, teacher, and performer. His translation of the classical Tamil masterpiece on ethics, power, and love, The Kural: Tiruvalluvar’s Tirukkural, was recently published by Beacon Press. Other books include The Safety of Edges (poems), Give, Eat, and Live: Poems of Avvaiyar (translated from the Tamil) and Body and Earth (with the artist C.F. John). He speaks and performs widely, teaches for the Cozy Grammar series of online video courses, and has received grants and fellowships from the National Endowment for the Arts, 4Culture, Artist Trust, and the U. S. Fulbright Program. thomaspruiksma.com