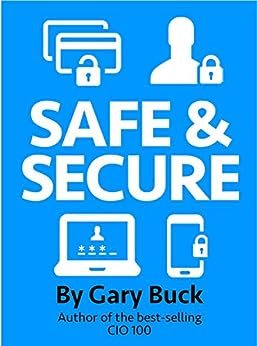 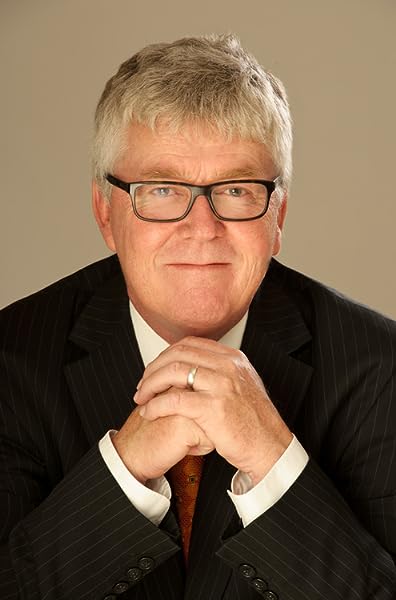 by Gary Buck (Author) Format: Kindle Edition
See all formats and editions
Sorry, there was a problem loading this page. Try again.
This book explains how you can better understand your personal risks in the big bad digital world. It explains, via simple examples, why you should not re-use passwords. It also provides pragmatic advice on privacy with helpful hints for many common apps. What the settings mean and what they do in Google, Facebook, Instagram and others. An easy 30 minute read that will make you safer and more secure.

A previewer of the book said this "The book shows how to protect your on-line self from the bad guys who want to steal your ID, and empty your bank account"

His first CIO role was 20 years ago when he was appointed to be the inaugural CIO appointee to the IT arm of BHP. This was the early days of outsourcing with BHP Information Technology having around 2000 employees delivering services to both its parent company and non-related entities.

Subsequent to that Gary has had several CIO appointments in the mining industry which saw him with responsibilities in locations such as Mozambique, South Africa, Suriname, Canada, Democratic Republic of Congo, Guinea, England and Australia. He was also the CIO of a very large global membership organisation.

Toss in to the mix some recent experience having totally responsibility for IT security for a global top 10 organisation and then assisting an Indian IT major to build a mining presence and you can see, he has a broad and fascinating background.

Gary now lives in Melbourne Australia with his wife Sandy, as do his three adult sons. His siblings and parents are widely spread in Perth, Singapore and Beijing.

Rick Clise
5.0 out of 5 stars Excellent reference, easy read, practical advice
Reviewed in Australia on 21 January 2016
Verified Purchase
"Safe and Secure: Passwords, Security, Privacy..." is an excellent, practical little eBook providing practical information and advice on a very topical subject - how to protect your on-line self from the bad guys who want to steal your ID, and empty your bank account. The book covers a technical subject but it is easy to read and understand. Until I read Gary's book I didn't really understand what a password manager does and why I need it. But juggling dozens of separate, complex passwords for my online life is time consuming. Anything that streamlines that process will be useful and buyers of this book can get a discount when buying a full copy of one of the password managers discussed. Also handy were the sections on how to check and set your security level in popular social media sites like Facebook and others. There's a comprehensive section on managing your Google self. Very useful. I was so impressed with this section that I told my kids that they needed to read it. Whether they do or not... Highly recommended book. Bring-on the next one.
Read more
One person found this helpful
Helpful
Report abuse

Amazon Customer
5.0 out of 5 stars Useful and Concise Guide to Cyber Security for the Common Person
Reviewed in Australia on 7 February 2016
Verified Purchase
This is a well written and easy to understand guide to every day cyber security threats and good practice for all of us in our everyday lives. I am more IT literate than most people and still found some very useful information and things I need to pay attention to. Highly recommended and well worth the trifling it costs to buy.
Read more
One person found this helpful
Helpful
Report abuse

Simon
5.0 out of 5 stars Simple, Concise, Practical
Reviewed in Australia on 8 February 2016
Verified Purchase
I knew I had to do this stuff to be safe. Now I have these simple practical instructions, Thanks for the advice Mr Buck.
Read more
One person found this helpful
Helpful
Report abuse
See all reviews

Lance Trimington
5.0 out of 5 stars Great pragmatic tips
Reviewed in the United States on 14 January 2016
Verified Purchase
It only took me a couple of hours to read Safe and Secure and I have learnt so much. It gave me some simple ideas of things that I should be doing better and HOW to do them. Well worth the time and money :-)
Read more
Report abuse
See all reviews
Report an issue
Does this item contain inappropriate content?
Report
Do you believe that this item violates a copyright?
Report
Does this item contain quality or formatting issues?
Report