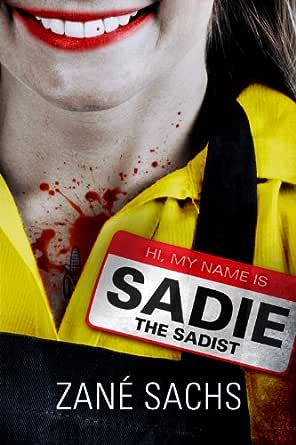 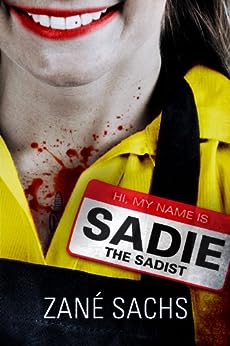 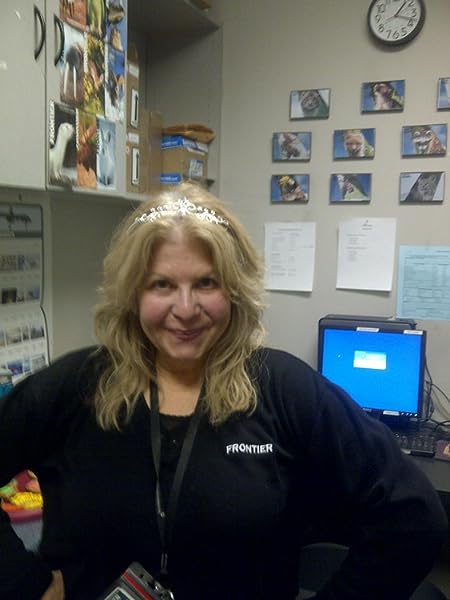 Zané Sachs has worked for several large corporations (including a supermarket), and those situations have, in part, inspired her debut novel, Sadie the Sadist. Sadly, she has found, that the current work environment in the U.S. often treats workers as expendable units, comparable to robots. Every day automated systems and machines are replacing human workers. Zané expects to be replaced by robots any minute. Perhaps, one day soon, the perfect novel will be written by artificial intelligence. Until then, Zané offers you her flawed perspective and hopes you find it entertaining. Zané is currently writing a novel of psychological suspense called Jayne Just Watches. Jayne believes that she is dead, and she happens to be Sadie's neighbor. For Sadie's deadly recipes, guest inQuistions, and useful tips on topics like the Pros and Cons of killing your boss, please visit Zané's blog, Zané Sachs-Going Down, at ZaneSachs.com --This text refers to the paperback edition.

3.6 out of 5 stars
3.6 out of 5
104 global ratings
How are ratings calculated?
To calculate the overall star rating and percentage breakdown by star, we don’t use a simple average. Instead, our system considers things like how recent a review is and if the reviewer bought the item on Amazon. It also analyses reviews to verify trustworthiness.

I highly recommend Sadie the Sadist to those who love in your face horror and aren't easily offended. I'd like to see Sadie embark on another adventure.

paul nelson
3.0 out of 5 stars Dark & twisted
Reviewed in the United Kingdom on 19 May 2014
Verified Purchase
Sadie works at the supermarket, hates her job, wants to kill her boss and interspersed with various recipes we embark on a darkly funny journey where we see the world through Sadie’s eyes and the eyes of her alter-ego Sadie the sadist.

Told in first person, life’s certainly a lot more interesting and gruesome when Sadie the Sadist is behind the wheel, murder, sex and eating her victims are a normal part of the day, along with the intense clean-up operations and buying a chain saw & freezer to aid both disposal and storage of body parts.

This is an intriguing and disturbing look at a woman’s fragile sanity as she plummets to a complete mental breakdown amidst some wickedly graphic descriptions of sex & violence integrated into seemingly normal day to day life, except there’s nothing normal about Sadie.

If you like darkly humorous, twisted stories this could be just what you’re looking for.
A 3.5 Rating.
Read more
Report abuse

alexis101
3.0 out of 5 stars Random.....
Reviewed in the United Kingdom on 28 August 2014
Verified Purchase
I kind of felt let down by the ending. Wasn't concluded very clearly but maybe my brain cells had all shrivelled up and died by the time I had finished it. Sick in places, mainly gives an interesting in sight into the world of the American supermarket. From what I gather Sadie had some mental health issues that meant she was delusional and THOUGHT she'd killed people when she hadn't? Am I along the correct lines here?
Read more
Report abuse

Rocco
4.0 out of 5 stars My kind of woman! X
Reviewed in the United Kingdom on 12 October 2014
Verified Purchase
I loved this book! Extremely dark and very well written! Although it's not my usual run of the mill, I became hooked and yes......I'm going to try some of Sadie's recipes!!!!!
My friend in the mirror also enjoyed it too!
Read more
Report abuse

Kindle Customer
5.0 out of 5 stars Fantastic read!
Reviewed in the United Kingdom on 21 August 2015
Verified Purchase
Couldn't get enough! Love this book, thanks you.
Read more
Report abuse

chefralston
1.0 out of 5 stars One Star
Reviewed in the United Kingdom on 17 January 2015
Verified Purchase
Stupid. Boring.
Read more
Report abuse
See all reviews
Back to top
Get to Know Us
Make Money with Us
Let Us Help You
And don't forget:
© 1996-2021, Amazon.com, Inc. or its affiliates