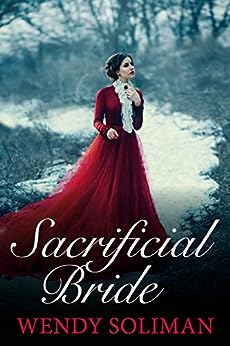 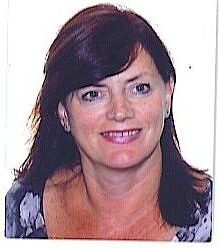 Sarah
2.0 out of 5 stars Disappointing
Reviewed in the United Kingdom on 2 August 2019
Verified Purchase
I had hopes for this, given the reviews, but I was disappointed. It was better than some in terms of historical accuracy but not good enough. Women didn’t wear corsets, they wore stays, children had nurses not nannies, and there were worse inaccuracies like referring to genetics well over a century before the gene was discovered! I didn’t feel like people behaved with Regency manners either - it was all too informal, with ladies and her maids being super pally in that way of modern novels, because the author feels it would reflect badly on their heroines if they observed the class system of the time.

The heroine was sometimes problematic for me, too. I certainly don’t think someone in that period would have told a man they barely knew how their family’s financial circumstances were compelling them to marry someone repugnant to them. Cordelia does this, despite the fact that this is very much airing dirty linen in public and breaching her family’s confidence. I’m sure at the time this would have been considered distinctly dishonourable. Her siblings (she has six or seven of them) are all dismissed as vain and selfish. Really? It defies all logic to suggest that a family could bring up one sensible daughter (indeed the eldest who necessarily helps to bring up the rest) and all the other children would be unremittingly awful. This is clearly a plot device to save the author from having to write more complex family dynamics but it reflects badly on Cordelia that she should be so happy to tell the hero how awful her whole family is, which she does several times.

My last gripe is that this author, like so many, feels compelled to state the obvious over and over again. “Cordelia tossed her head, displaying approval of Bessie’s courage and moral fibre”. Aargh! You don’t need to tell me why people nod or shake their heads and you don’t need to explain everything they’re thinking and why they’re thinking it. Show don’t tell is what writers are advised to do, but sadly, this advice is not often followed. Why do authors like this so rarely allow us to read between the lines? The result is a complete inability to convey a story with any drama or sense of romance. I got so fed up I didn’t finish it.

Brian
4.0 out of 5 stars Mr. Very Very Wrong!
Reviewed in the United Kingdom on 27 July 2019
Verified Purchase
This story reveals again how daughters of the nobility could be pressured into marriage to grossly unsuitable grooms for family advantage. The heroine meets Mr Right very shortly after meeting Mr Very Wrong who is busy trying to carry out prenuptial activities and the story evolves around how to avoid one whilst getting closer to the other. It reflects the problems of the age and involves Mr Wrong plus family and friends plus her family against the heroine and, perhaps Mr Right. You work out the equation - read the book!
Read more
Report abuse

Pickle
5.0 out of 5 stars A MUST READ THIS HAS IT ALL
Reviewed in the United Kingdom on 19 August 2019
Verified Purchase
I absolutely loved this a brilliant story, Cordelia is forced into a marriage by her parents due to money, only marrying the HORRID widower Sir Cyril who has promised to educate her young brothers and pay her parents debts
Sir Cyril has to marry and have a son before his 40th birthday. Then Lord Angus Dryden ,Sir Cyril cousin arrives for the engagement party.
Then as they say all he'll breaks loose. Blackmail/attempted rape,/ possibility of murder/ Fraud/Embezzlement.
Read more
Report abuse

Kindle Customer
4.0 out of 5 stars Good
Reviewed in the United Kingdom on 27 December 2019
Verified Purchase
I liked this book and enjoyed reading it,the story line flowed well and was believable and interesting.The characters developed slowly but were believable also
Read more
Report abuse

Grandma's Footsteps
5.0 out of 5 stars A fun read
Reviewed in the United Kingdom on 10 June 2019
Verified Purchase
I enjoyed the over the top story. It was really fun. The dialogue makes it believable. The storyline rollocks along to deliver a satisfying read as a real page turner.
Read more
Report abuse
See all reviews
Back to top
Get to Know Us
Make Money with Us
Let Us Help You
And don't forget:
© 1996-2021, Amazon.com, Inc. or its affiliates