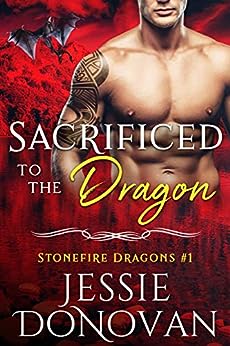 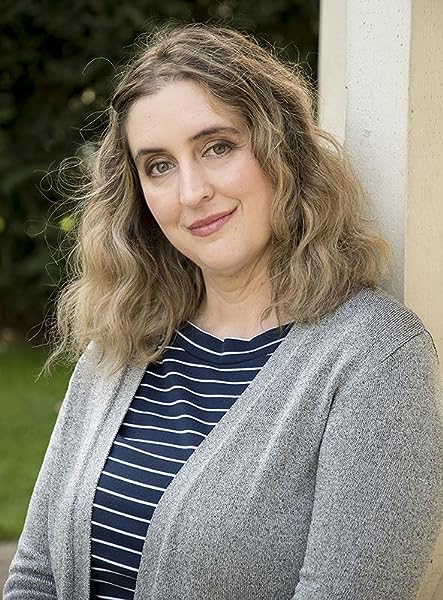 4.3 out of 5 stars
4.3 out of 5
3,879 global ratings
How are ratings calculated?
To calculate the overall star rating and percentage breakdown by star, we don’t use a simple average. Instead, our system considers things like how recent a review is and if the reviewer bought the item on Amazon. It also analyses reviews to verify trustworthiness.

Tessa
TOP 100 REVIEWER
5.0 out of 5 stars Not the usual fare.
Reviewed in Australia on 30 September 2019
Verified Purchase
We are in a Great Britain where dragons are real having come out of hiding. Their numbers are dwindling because their women give birth to more boy dragons than girls and there are dragon hunters out there who have always known of their existence. To combat the first problem the Government has an agreement with the dragons that basically treats them as the US Government did the American Indians. They have to live in reservations and are not allowed to fly over any cities or large towns. It has been discovered that the blood of an adult dragon can cure most diseases except cancer. In exchange for a vial of this blood single, fertile women whose genes are compatible with dragon genes, can offer themselves as a sacrifice. In other words, they must live with an individual from one of the clans for a period of six months. If she gets pregnant in that time then she will remain with the clan until giving birth. After the birth f the child she can make the decision to leave the baby to be raised by its father and resume her human life or she can stay and help to raise the baby herself. There is the further complication that she has a high chance of not surviving childbirth.
Melanie Hall is one thesis away from earning her PhD in Social Anthropology but has put this on the back burner in order to save her young brother’s life. He has beaten cancer only to come down with a life threatening disease which the dragon’s blood will cure. She has successfully passed all the tests and been accepted as a sacrifice.
Tristan McLeod has been chosen as the male dragon who is to impregnate Melanie if possible. The problem is that he hates humans since they killed his mother and tortured his sister ten years prior.
Definitely not a match made in heaven! He makes everything as difficult as possible for Melanie but this lady is made of sterner stuff than he’s ever come across!
A much different take on dragons and their place in the world but very gripping and enjoyable.
Read more
Helpful
Report abuse

Lesley Barklay
1.0 out of 5 stars Not worth the time
Reviewed in Australia on 2 October 2020
Verified Purchase
If you enjoy erotica with one-dimensional characters and minimal semblance of a plot, this book is for you. The one interesting plot point in the story happened off page.

If, on the other hand, you enjoy in-depth characters, and a plot (beyond giving the characters an excuse to sleep together every five minutes), then you probably won't enjoy this book.
Read more
Helpful
Report abuse

ShadowsAngel (Ayla)
5.0 out of 5 stars A Beautiful Romance, A Story Well Told
Reviewed in Australia on 16 January 2018
Verified Purchase
This dragon romance was entertaining and believable. Set in a world where the dragon shifters and humans are at odds with each other I thoroughly enjoyed the slow change from hating each other to admiring and falling for one another. You kept the tension slowly rising, it was comical, you feel what the characters feel, and cheer them along. To top it off, the story was not lacking in the least, and I am looking forwards to reading more. :)
Read more
Helpful
Report abuse

Natasha Ducker
4.0 out of 5 stars A great shifter romance
Reviewed in Australia on 30 August 2016
Verified Purchase
Mel was such a headstrong and caring person. She sacrificed her own happiness so that her brother would get the much needed dragon blood he required to survive. Mel was to basically give up her body to some strange half dragon half human man that just so happened to hate humans. It sounds like such a terrible storyline but I honestly quite enjoyed it. Mel was as honest and outspoken as they come and when her and Tristan meet his inner dragon immediately wanted her as a mate. Tristan fought it as long as he could but realising she wasn't a danger to him or his people he started to soften towards her. Mel was exactly what Tristan needed and I'm glad they found each other.
Read more
Helpful
Report abuse

BK Baines
TOP 500 REVIEWER
4.0 out of 5 stars 4 Stars!!
Reviewed in Australia on 8 June 2016
Verified Purchase
First book I've pick up from this author and I really enjoyed it. The world building was great if a little brief, I enjoyed this authors version of humans knowing about shifters.
Love me some Dragon's and I loved the inner conversations Tristan had with his Dragon, they certainly didn't agree all the time, I liked that.
The h was strong and feisty, not backing down in the face of the H's jerkiness at the beginning, helpful and caring.
I liked the secondary characters, especially the leader, looking forward to his story.
Will definitely continue the series and will check out what else this author has to offer.
Read more
One person found this helpful
Helpful
Report abuse

Ursula Sorensen
4.0 out of 5 stars A sweet love story and human interactions.
Reviewed in Australia on 23 June 2019
Verified Purchase
This is a study into human behaviour and prejudices, the typical human attitudes of being suspicious of anything different. It’s a well written story of love and acceptance. It’s not an action a minute book but does delve nicely into people’s mindsets and attitudes formed by life experiences and the resolution of such by
the kindness of others. A feel good kind of book.
Read more
Helpful
Report abuse

Pete
3.0 out of 5 stars Pornography in disguise
Reviewed in the United Kingdom on 12 June 2019
Verified Purchase
It's not a bad book, it's just that the focus seems to be on the two main characters lust for one another.

The overly descriptive sex scenes don't add anything to the story and are unnecessary detailed, at first I thought they were written by a man.

The author is good at drawing on emotions and several times my eyes where welling up!

Parts of the story which had the potential to be a good read were missed out - like the rescue and the
getting back in touch with her parents.

So this is kindof a raunchy romance novel with a bit of fantasy thrown in, not sure what audience this is aimed at but it would mostly suit the people who like romance novels (or pornorgraphy).
Read more
10 people found this helpful
Report abuse

lmem
5.0 out of 5 stars Great story, definitely not for kids
Reviewed in the United Kingdom on 15 June 2019
Verified Purchase
I understand where the bad reviews are coming from there is a lot of sex in it, but thats what you let yourself in for with this kind of book, it literally said she's only there to have sex and have a baby so don't expect it to be like pretty woman or something its more like beauty and the beast kind of storyline except for instead of breaking the spell she needs to do its having a baby. It usually annoys me when it goes back and forth between characters but it was more like how a film shows different character plots alongside each other. They are kinda obsessed with each other but new loves kind of like that and if theyre mates its bound to be much stronger plus tristan was battling his dragon for control all the time which was kind of cute to see although i couldnt quite understand arabellas character, she just hates humans then has a breakdown i mean i know shes battling her dragon but there wasnt really much depth to her character one human cant make you hide away from everyone and hate all humans there'd have to be something more to it i feel a lot more could have been done there that we'll never know but overall read it in a day, ending was a bit cliché but its hard to do endings to suit everyone i suppose
Read more
2 people found this helpful
Report abuse

Poetic Puppy
3.0 out of 5 stars Enjoyable
Reviewed in the United Kingdom on 23 November 2019
Verified Purchase
I really liked the world the author built - I thought it had potential - however the book itself needs some work. With a little editing I think ‘Sacrificed to the Dragon’ could be a lot better. I love PNR and I enjoyed the plot but having to add in the missing words myself pulled me from the story. Still, if you can overlook that, you’ll get a fair paranormal read.

Mel and Tristan are a mismatched couple, or so it seems at the start of the novel. Tristan has his reasons for the way he is and luckily for him Melanie isn’t the sort to give up at the first hurdle. I like the way the pair come together but there could be more than sex between them. While the author attempted to show this I’m not entirely sure that they were successful. I wanted to see the couple interact a little more before everything fell into place. Aside from that, it’s a fairly solid, easy, paranormal read. Happy reading!

Character development and backstory are absolute zero, you have no history for any of these people except some vaguely mentioned one-liners.

99% of the time you're just reading dialogue or inner monologue, and there's absolutely no substance at all. But who cares about substance as long as the sex scenes are good, right?
Well they aren't.

Even the sex scenes (not that they bother to set the scene) are basic half a page of 'c*ck and p**sy' talk, the classic 'jump on and jump off' text that will make you think you're reading a teenager's diary fantasy, not a novel.
Read more
Report abuse

Dilane
4.0 out of 5 stars Nice
Reviewed in the United Kingdom on 8 August 2018
Verified Purchase
This is a nice erotic story with an interesting theme. The worldbuilding is nice, but could have been more nuanced. I felt a lot of emotional disconnect with the characters, as though they were puppets repeating the same phrases over and over again, than living, growing beings. To me, the storyline felt a bit schematic, with too much repetition, while some parts could have been better developed. For example, the inner clan social norms seemed sketched in mostly broad strokes, with the words 'alpha' and 'dominant' repeated over and over again, while maybe we could have seen some more subtle parallels with wolf packs or native American tribes.
However, there are many good parts to this book. The human-Dragon agreement is interesting, and the British tendency to ignore problems is very actual. Also, the American forwardness of the main character is both realistic, nuanced, and endearing. Also, I really liked the comparison of body builders vs swimmers.
Read more
Report abuse
See all reviews
Back to top
Get to Know Us
Make Money with Us
Let Us Help You
And don't forget:
© 1996-2021, Amazon.com, Inc. or its affiliates