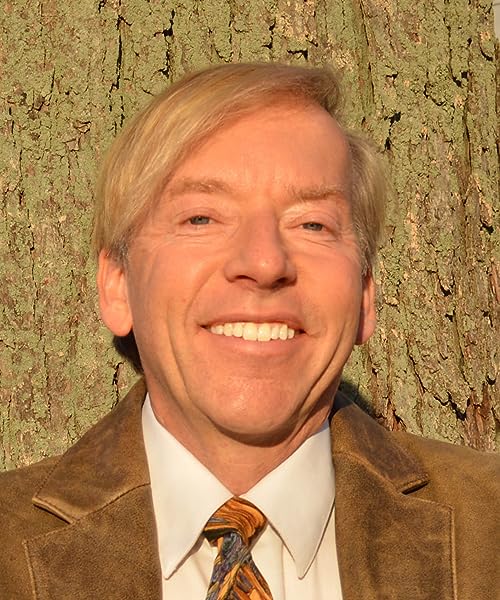 by Arthur Versluis (Author)
3.3 out of 5 stars 3 ratings
See all formats and editions
Sorry, there was a problem loading this page. Try again.

This eye-opening journey through the terrain of Native American spirituality contrasts contemporary society's rejection of the sacred--and its arrogant belief in its own power to control the cosmos--with native traditions of reverence for the earth. The author reconstructs the archetypal and symbolic significance of indigenous rituals and sacred sites, placing Native American spirituality in the context of the world's great religions. The comparison illustrates the richness and universality of the native approach to the earth as a cherished being and reveals the poverty of our present-day attitudes toward the natural environment and its living creatures. This book is an urgent call to rediscover and become firmly grounded on the sacred earth again.
Read more
Previous page
Next page

Arthur Versluis is the editor-in-chief of Esoterica and the founding president of the Association for the Study of Esotericism. He is the author of numerous books, including Sacred Earth, Restoring Paradise, The New Inquisitions and The Secret History of Western Sexual Mysticism. He lives in Michigan where he is a professor of American Studies at Michigan State University.
Tell the Publisher!
I’d like to read this book on Kindle

Arthur Versluis, Chair of the Department of Religious Studies and Professor in the College of Arts & Letters at Michigan State University, holds a doctorate from the University of Michigan, Ann Arbor, and has published numerous books and articles. Among his books are _Magic and Mysticism: An Introduction to Western Esotericism_ (Rowman Littlefield, 2007), _The New Inquisitions: Heretic-hunting and the Intellectual Origins of Modern Totalitarianism_ (Oxford UP, 2006), _Restoring Paradise: Esoteric Transmission through Literature and Art_ (SUNY: 2004); _The Esoteric Origins of the American Renaissance_ (Oxford UP: 2001); _Wisdom’s Book: The Sophia Anthology_, (Paragon House, 2000); _Wisdom’s Children: A Christian Esoteric Tradition_ (SUNY: 1999); and _American Transcendentalism and Asian Religions_ (Oxford UP, 1993). His family has owned a commercial farm in West Michigan for several generations, and so he also published _Island Farm_, a book about the family farm and about family farming in the modern era.

Reader KA
2.0 out of 5 stars It Was A Struggle To Read This Book
Reviewed in the United States on 23 January 2021
Verified Purchase
The meaning of this book was really difficult for me to grasp. The author also failed to paint a clear picture of Native Americans and their spiritual practices.

Sacred Earth: The Spiritual Landscape of Native America, by Arthur Versluis, provided a wealth of information. However, it did not mention Native American spirituality.
Read more
Report abuse

Robert Jeambey
2.0 out of 5 stars Interesting but obscure and lacks attribution
Reviewed in the United States on 5 November 2009
Verified Purchase
Our book club which includes several college educated persons expected a helpful source for Native American spiritual beliefs. Instead, it found this book full of unfamiliar terms, distracting words, and sweeping generalities as it sought to explain varying "sacred" beliefs of various tribes and certain Native American archeological finds in Kansas. Also, we had questions about the credibility of many assertions, as though the author was speaking of his own authority and expertize. If that were the case, then the book should have described his credentials more completely than the quick summary on the back cover, which contained no specific academic references. It was not an easy read and many of its points regrettably tended toward obscurity.
Read more
8 people found this helpful
Report abuse
See all reviews