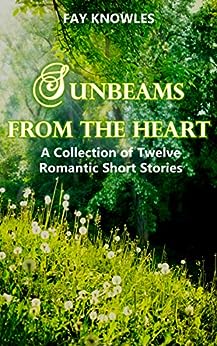 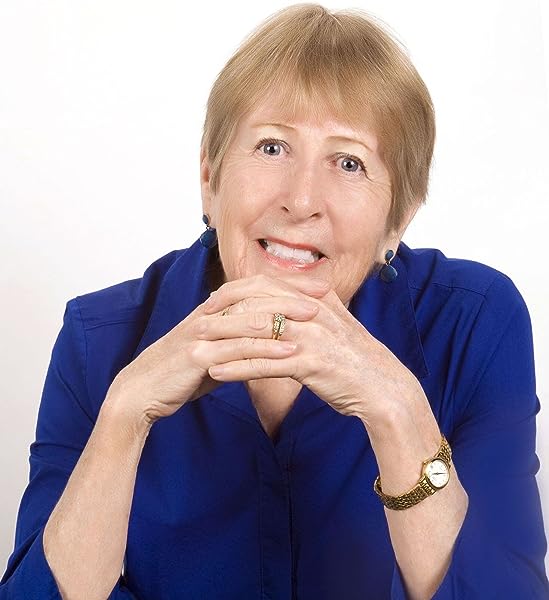 SUNBEAMS FROM THE HEART: A Collection of Twelve Romantic Short Stories Kindle Edition

by Fay Knowles (Author) Format: Kindle Edition
See all formats and editions
Sorry, there was a problem loading this page. Try again.
A BEAUTIFUL KEEPSAKE! Love themes in this delightful collection of romantic short stories tell of nostalgia, bright new beginnings, homecoming, second chances - and the unexpected!
HEART-WARMING STORIES that propel you on a journey through Scotland, England, The Bahamas and rural America.
“HUGELY POPULAR...Charming and surprising": "The Lady" magazine, London, England, wrote about one of Fay Knowles' short stories, first published in "The Lady" and now appearing in "Sunbeams from the Heart".
EMAILS FROM READERS:
“These stories are very sweet and refreshing.”
“I have bought your Kindle book today and will enjoy reading it when I’m on boring train journeys!”
EXCERPT FROM SUNBEAMS FROM THE HEART:
“That Christmas, when Tessa returned to the small town where her great aunt and uncle had spent most of their lives, the rooftops were white with snow. Shop windows glinted with decorations of reds and greens and golds and silvers. A Christmas tree with twinkling lights, shimmering garlands and a flashing star on top stood beside the town hall entrance. Outside, huddled together on the pavement, a small group of warmly wrapped people sung old familiar carols. But for Tessa it would be a bleak Christmas…..”
If you enjoy Sunbeams from the Heart, check out “Moonbeams from the Soul: A Collection of Fourteen Provocative Short Stories” also by Fay Knowles - https://www.amazon.com/dp/B07Y6V694F

Fay Knowles is a Scottish author living in The Bahamas. She has been writing since the age of nine and trained as a newspaper reporter in Devon, England. Fay's short stories have been published in "The Lady" magazine, London, England, and "The Broadkill Review", Delaware, U.S.A.; poetry in the British magazine "Evergreen"; and articles in British and Bahamian publications. --This text refers to the paperback edition.

Fay Knowles is a Scottish-born author who made The Bahamas her home many years ago. She has been writing since the age of nine, penned a children’s adventure book at eleven and won a school essay competition at age fifteen.

After leaving school at sixteen, she trained in Devon, England, as a secretary, then newspaper reporter. At the age of twenty she set off to “work her way around the world”, first emigrating by ship to Canada. She worked as an editorial assistant for the former "Canadian Food Journal" and "Gift Buyer", Toronto. And then, to avoid a Canadian winter and to seek sunnier climes, she took a Greyhound coach down across the U.S. from Toronto to Miami, en route for The Bahamas. She met her future husband Erskine in Nassau a month after that and they were married the following year. She jokes: “I never did travel the world!”

As well as getting by-lines in British and Bahamian newspapers, Fay’s articles have appeared in "Westward News" (a former in house publication of British Telecom), the "Kennel Gazette" (official journal of the British Kennel Club), "Christian Herald", and "Sports Magazine Bahamas". She has Diplomas in Novel Writing from Writer’s Digest School and in Short Story Writing from International Correspondence School.

Her writing assignments have included articles for Bahamas Information Services, travel writing for Royal Caribbean Cruise Lines, and as a photo journalist for a local mall, Nassau, Bahamas. She once worked as a “temp” for the late Sir Etienne Dupuch, former Publisher/Editor of "The Tribune", Nassau, transcribing his long, captivating editorials.

Fay’s short stories have been published in "The Lady" magazine, London, England, and "The Broadkill Review", Delaware, U.S.A.; with poetry in the U.K. magazine "Evergreen".

Most of her short stories in "Sunbeams from the Heart - A Collection of Twelve Romantic Short Stories" were first published in "The Lady" or "The Broadkill Review". The author drew on her Scottish background and knowledge of The Bahamas when writing her romantic suspense novel "Dangerous Devotion" (formerly "Love at Sunset") - Buchanan Mystery Romance Series Book One. And her mini-memoir "The Scottish Connection" tells of her journey back to Scotland with her mother and young sons to revisit their Scottish roots. Her fourth book is “How to Be the Best Writer Ever! - An informal guide and source of inspiration for new and not so new writers worldwide". The fifth - "Moonbeams from the Soul - A Collection of Fourteen Provocative Short Stories". And her sixth - "Deadly Deceit in Paradise" - Buchanan Mystery Romance Series Book Two.

Connect with Fay at https://fayknowles.blogspot.com

(copy and paste link into your browser)

(copy and paste link into your browser)

sasha
5.0 out of 5 stars Five Stars
Reviewed in the United Kingdom on 1 November 2017
Verified Purchase
Lovely reading book. Will be getting more.
Read more
Report abuse

Amazon Customer
4.0 out of 5 stars Sunbeams from the Heart
Reviewed in the United Kingdom on 7 February 2016
Verified Purchase
A delightful and easy to read collection with well-drawn and believable characters and appealing settings. The scenes of the Bahamas brought back happy memories of the years I spent living there.
Read more
Report abuse

JLS
4.0 out of 5 stars Love. One can’t help but smile while Knowles steers ...
Reviewed in the United States on 10 January 2016
Verified Purchase
What a pleasure to come across twelve wholesome and romantic short stories as found in Sunbeams From The Heart, by Fay Knowles. While each story is unique, all share that one common thread we humans yearn for: LOVE. Page after page, Knowles artfully describes native landscapes, to the point the reader can almost inhale the scent of flowers. One can’t help but smile while Knowles steers the reader and characters along that slightly bumpy path of love. Valentine or not, Sunbeams From The Heart is indeed a delightful read.
Read more
One person found this helpful
Report abuse
See all reviews
Back to top
Get to Know Us
Make Money with Us
Let Us Help You
And don't forget:
© 1996-2021, Amazon.com, Inc. or its affiliates