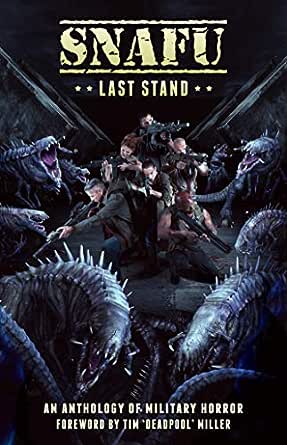 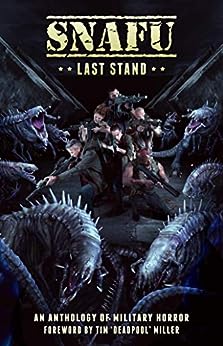 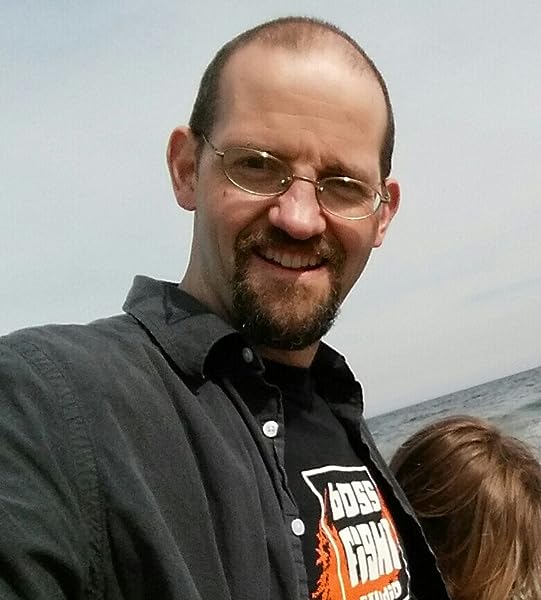 "This is it, mofos. This is the end game.
We've got nowhere else to go, and no bugger's coming to save us.
We're either doing this or we're gonna die trying, because it all depends on you.
There is no going back. So lock, load, and get ready to rumble!"
SNAFU: Last Stand is a collated anthology of short stories of a final battle, no matter where it is or who it involves.
It's the Battle of Thermopylae, the Alamo, the Battle of Mirbat, the First Battle of Mogadishu, the Battle of Hel, and Custer’s Last Stand, all rolled up into one badass monster-fighting basket of SNAFU-style action.
Recommended by and foreword written by Hollywood director/producer Tim Miller, the visionary behind Deadpool, Terminator: Dark Fate, and Netflix's Love, Death & Robots, in which many SNAFU stories already feature.
Don't miss out, 'cause from this, there ain't no comin' back...
click to open popover

Adrian Shotbolt
TOP 500 REVIEWER
5.0 out of 5 stars Military magnificent
9 January 2020
Format: Kindle EditionVerified Purchase
The Grim Reader was all out of luck and all out of bullets by the time the last page was turned in SNAFU: Last Stand. This anthology does exactly what it says on the tin. The SNAFU series is military horror done right. Whether it's pulsating maggots, evil gods or future bioweapons, each story kept me entertained and ducking for cover. Bullets flew, soldiers were devoured by row upon row of fang-shaped teeth, bodies were assimilated, it's bloody great fun. If you're looking for a quick fix of bloody military horror fiction, SNAFU is where you need to be. Very silly, but immense fun. Lock and load!

5/5 empty magazines from the Grim Reader.

JRD02
5.0 out of 5 stars A WAR OF BADDIES IT IS...
31 December 2019 - Published on Amazon.com
Format: Kindle EditionVerified Purchase
Hello, this is an excellent group of stories. They would make excellent novels. Very well written and entertaining to read. Thanks.
Read more
One person found this helpful

Gnollmore
4.0 out of 5 stars Excellent failures
3 January 2020 - Published on Amazon.com
Format: Kindle EditionVerified Purchase
Grim stories of triumph through failure. Overall good storey telling throughout the book. Get ready to have a lot of characters die.
Read more

Amazon Customercal
1.0 out of 5 stars Female dominated combat scifi
25 January 2020 - Published on Amazon.com
Format: Kindle EditionVerified Purchase
The book had 3 good stories. The rest of them all read the same. Too many women doing things women can't do. Boring. Lifetime network with guns.
Read more

James McCoy
5.0 out of 5 stars Best yet
5 January 2020 - Published on Amazon.com
Format: Kindle EditionVerified Purchase
I look forward to seeing new editions of the SNAFU series and I thought this was the best collection yet,
Read more
Go to Amazon.com to see all 4 reviews 3.6 out of 5 stars
Get FREE delivery with Amazon Prime
Prime members enjoy FREE Delivery and exclusive access to movies, TV shows, music, Kindle e-books, Twitch Prime, and more.
> Get Started
Back to top
Get to Know Us
Make Money with Us
Let Us Help You
And don't forget:
© 1996-2020, Amazon.com, Inc. or its affiliates