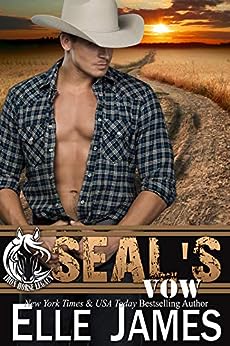 4.6 out of 5 stars
4.6 out of 5
278 global ratings
How are ratings calculated?
To calculate the overall star rating and percentage breakdown by star, we don’t use a simple average. Instead, our system considers things like how recent a review is and if the reviewer bought the item on Amazon. It also analyses reviews to verify trustworthiness.

Joy Swan
5.0 out of 5 stars Very interesting storyline
Reviewed in Australia on 18 March 2020
Verified Purchase
I have read all these stories so far and love them. Each one is different but with a recurring theme and I am waiting
with bated breath for the next one.
Read more
Helpful
Report abuse

Deb from Oz
TOP 50 REVIEWER
5.0 out of 5 stars This series just gets better and better
Reviewed in Australia on 26 February 2020
This is another great addition to this wonderful series about the McKinnon family whose patriarch has gone missing and whose four sons all military men have returned home to help in the search for him. We have already had Angus, Duncan and Colin's story and now we get Bastian's (Sebastian) Can you see the thread in the names someone likes the alphabet.

Bastian is a Navy SEAL and after losing his one true love in a car accident when he was only eighteen he has sworn that he will never marry anyway the life of a Seal doesn't blend very well with marriage it would have to be a special kind of woman to survive her husband been missing most of the time. He and his brothers are searching for their father unwilling to assume that he is dead after all he is ex military and as tough as they come. Then they get a new lead Jenna Meyers a local real estate agent as discovered what looks to be a torture site in a cabin she was checking out could it be where their father was held. Jenna has history with the McKinnon familt she is Molly's best friend and always had a crush on Bastian but he never looked at her that way he only had eyes for Laura When her ex husband almost beat her to a pulp it was the McKinnon women that cared for her during her recovery. When her discovery puts her in danger it is Bastian who will step up to make sure she is safe, and in the process he will start to look at her in a whole new way as he finally found a woman strong enough to be the wife of a Navy SEAL. Now can't wait for the next book in this wonderful series will Molly end up with Parker or is that just a red herring on Elle's part.

David
5.0 out of 5 stars Jenna and Bastion lay old love to bed and find their own magic
Reviewed in Australia on 9 March 2020
Verified Purchase
What a story, Elle has written. Unrequited love, missing father and a beaten up woman by her husband.
Elle has crafted an intriguing plot encompassing all of these characters and more. Bastion is home to help look for his abducted father along with the rest of his brothers.
Jenna needs no man in the beginning as she finds her way after the beating by her ex husband. She is a real estate agent and a part time investigator who when following a lead becomes entwined with Bastian and his family.
The romance is fun but the book is full of action as they look for the father.
Buy the book as it is excellent! Looking forward to the next one to be released.
Read more
Helpful
Report abuse
See all reviews

Marie P
5.0 out of 5 stars More puzzle pieces....more confusion
Reviewed in the United Kingdom on 12 May 2020
Verified Purchase
I love the way Jenna knocks Bastian to his knees, he has spent years punishing himself and suddenly he has all these feelings! Can he get his head on the same page as his heart?
We are still on the hunt for Bastian's father, we have more clues, more ghosts from the past, more help from the Brotherhood Protectors and new hope...but time is running out, can they find him before it is too late?
Read more
Report abuse

Kindle Customer evelyn lawrence
5.0 out of 5 stars Review
Reviewed in the United Kingdom on 15 April 2020
Verified Purchase
Another very sad read in places bit it did keeps reading but a lot of happy events happen but not papa found
Read more
Report abuse

Denise DeCrescito (From In Here)
4.0 out of 5 stars 2 wounded hearts heal each other
Reviewed in the United States on 9 October 2020
Verified Purchase
When you read this book, you need to be aware that the lead couple of the story does get a resolution to their personal relationship, but there is a broader mystery won’t get resolved until the end of the 5th book in the series. ‘Iron Horse Legacy’ is a companion series to the ‘Brotherhood Protectors’ series, but you definitely don’t need to have read that series to enjoy this one.

Sebastian “Bastian” McKinnon is home on emergency family leave to help in the search for his father, James, who went missing under circumstances that would indicate foul play. Bastian ends up tasked with protecting Jenna, his little sister’s best friend. He has not been seriously interested in a woman since the death of his high school sweetheart in a car crash. He survived, but the drunk driver killed her, and Bastian vowed to never love again. Jenna survived a marriage to a violent ex-husband who very nearly killed her. She has promised herself to never trust a man again. As you can see, there are potential trigger issues in this story, but I thought the author handled them well. (My husband was killed by a drunk driver, so that is an issue about which I am particularly sensitive).

Along with the serious emotions there is a lot of action. There is also some steam with a lighthearted edge, and supportive involvement with the loving McKinnon family. Bastian and Jenna get the HEA they both deserve. And sadly, Bastian’s father is still missing.
Read more
One person found this helpful
Report abuse

Bets
5.0 out of 5 stars Fantastic Read - Five Stars
Reviewed in the United States on 27 February 2020
Verified Purchase
I am really enjoying this series. Bastian and his family are looking for their missing dad, is he alive or dead? They don't know where he is, but they get shot at and go to the sheriff for help. Jenna is a female real estate agent who also is a private investigator. She's out checking out properties when two masked men try to catch her because she stumbled onto a cabin where someone has been tied up and tortured. Jenna runs into the woods, the masked men run after her and all that saves her is a bearded mountain man. This story takes place in the Crazy Mountains and the characters are riveting. Will Bastian and Jenna make it out alive, who is after them and what are they hiding? Buy the book and read for yourself, you won't be disappointed.
Read more
2 people found this helpful
Report abuse

Rebecca Bamford
5.0 out of 5 stars Excellent story/ Can’t wait for the next installment
Reviewed in the United States on 17 April 2020
Verified Purchase
Sebastian and Jenna. She had a disastrous abusive marriage. Wants nothing to do with men. She’s better off without them. She will never be that defenseless ever again. Still, shes had a crush on bastion forever and god he looks good! Jenna was his younger sisters friend but boy has she grown up! Shes not little any more! Bastion came home to find his missing father. He’s still haunted by the death of his fiancee when they were still teenagers. He doesn’t need love. Doesn’t need the heartache. But while they are working together to find his father, he finds he cant keep his hands off of Jenna. He realizes its ok to love and live again. Can he convince her of the same? Loved this story!
Read more
One person found this helpful
Report abuse
See all reviews
Back to top
Get to Know Us
Make Money with Us
Let Us Help You
And don't forget:
© 1996-2021, Amazon.com, Inc. or its affiliates