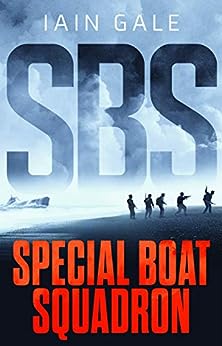 PRAISE FOR IAIN GALE:
'A powerful novel of men at war. A triumph' Bernard Cornwell (on Four Days in June).
'Knife-edge realism mingles with strategy, glory and tragedy in Gale's artistic narrative' Oxford Times (on Four Days in June).
'Gale handles the military material superbly ... Very exciting' Daily Telegraph (on the Jack Steele series).
'His brutal, bloody detail catches the chaos of battle ... His prose is a sand-blown lens from the front-line' Daily Mail (on Alamein).
'He reveals the chaos, triumph and sadness of the desert war expertly showing every protagonists' point of view' -- Patrick Mercer (on Alamein) --This text refers to the hardcover edition.

Iain Gale, art critic, journalist and author, comes from a military family and has always been fascinated by military history. He is an active member of the Scottish Committee of the Society of Authors and the Friends of Waterloo Committee. He is the Editor of Scotland in Trust, the magazine for the National Trust of Scotland, and founded the Caledonian magazine. He lives in Edinburgh. --This text refers to the hardcover edition.