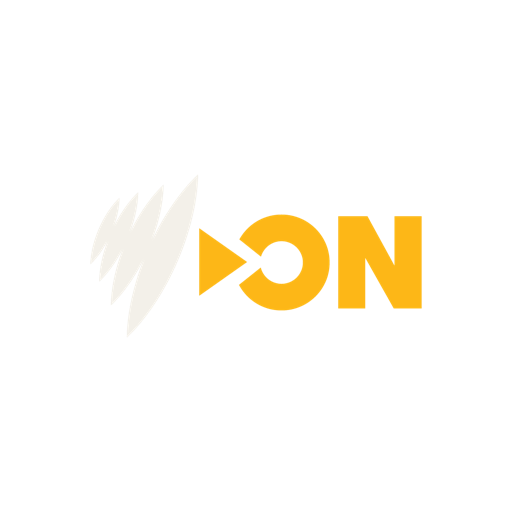 Immerse yourself in over 11,000 hours of stories from around the globe with SBS On Demand – absolutely free.

With a curated selection of dramas, documentaries, comedies, movies, sport, news and more, available to stream anytime and anywhere.

You can create favourites, save programs to watch later and opt-in for our handpicked recommendations.

Your world of difference awaits at SBS On Demand.

4.3 out of 5 stars
4.3 out of 5
794 global ratings
How are ratings calculated?
To calculate the overall star rating and percentage breakdown by star, we don’t use a simple average. Instead, our system considers things like how recent a review is and if the reviewer bought the item on Amazon. It also analyses reviews to verify trustworthiness.

Camerooni
TOP 1000 REVIEWER
5.0 out of 5 stars This is the version of the SBS onDemand app you are looking for!
Reviewed in Australia on 27 September 2020
Verified Purchase
Ignore the other one, it's an old app for the Fire tablet (back when Amazon used to support it in Australia).. it won't work on your Fire TV (or your Fire tablet if you still have one like me - it just opens and closes because SBS killed off their legacy apps on devices and TV's a few years back).

This app is exactly what is needed for the Fire TV to bring all the important FTA streaming services to your older tele (i.e ABC iView and SBS onDemand are now available).. they've been missing for a while but thankfully with the new Fire TV stick lite incoming it's finally happened.

The app has all the features of other versions and is quick and easy to use - ad supported unfortunately thanks to the government, I still believe SBS should have an ad-free charter like the ABC - but at least you only get one or two ads spaced four ways through the average movie rather than the 7 or so 'blocks' of ads on the commercial channel aps.

An excellent app that increases the value of the Fire TV stick in Australia immensely.
Read more
Helpful
Sending feedback...
Thank you for your feedback.
Sorry, we failed to record your vote. Please try again
Report abuse

Edu
2.0 out of 5 stars Just hangs
Reviewed in Australia on 1 December 2020
Verified Purchase
I suppose this is what can be expected from a free to air streaming service app. SBS has a lot of surprisingly great content, but their streaming service does make it consistently hard to get to. The Fire TV incarnation simply hangs on most attempts to open it. Your logon details also don't mean your watched shows persist from one app/platform to another.
Read more
One person found this helpful
Helpful
Sending feedback...
Thank you for your feedback.
Sorry, we failed to record your vote. Please try again
Report abuse

Elizabeth
5.0 out of 5 stars Updated with new stuff finally
Reviewed in Australia on 6 March 2022
Verified Purchase
Finally got some new series out! With subtitles! Yay. Sometimes the ads in between freeze but only occasionally. One thing to change is that they show the exact same ad through all the ad breaks. If I see one more Microsoft ad grrr so repetitive
Read more
Helpful
Sending feedback...
Thank you for your feedback.
Sorry, we failed to record your vote. Please try again
Report abuse

Shane O'Connor
2.0 out of 5 stars mostly super depressing gobbledygook
Reviewed in Australia on 26 February 2021
Verified Purchase
Everything no one else wanted in one place.

Spend a few cents a day and get Disney

All for the price of one cup of coffee a week get prime with all the member benefits like free deliveries, free music service, et cetera
Read more
Helpful
Sending feedback...
Thank you for your feedback.
Sorry, we failed to record your vote. Please try again
Report abuse

Pass the popcorn please
2.0 out of 5 stars Restart required after initial run
Reviewed in Australia on 27 September 2020
Verified Purchase
Shouldn't need to close app then restart 2 times to run
On the initial run after download the app hung at start-up on both my Firesticks. Had to escape and open the app a 2nd time before success. Playback on one of my Firesticks suffered severe stuttering requiring a restart (settings/my fire TV/ restart). After that the app ran ok.
Read more
One person found this helpful
Helpful
Sending feedback...
Thank you for your feedback.
Sorry, we failed to record your vote. Please try again
Report abuse

Tommy L
5.0 out of 5 stars A shining example
Reviewed in Australia on 6 January 2021
Verified Purchase
The best FTA streaming app in Australia. Honestly, we’re not a country of morons, so why do all of our networks have monkeys managing their streaming platforms? Good to see intelligent human beings have been hired at SBS! Keep up the good work.
Read more
Helpful
Sending feedback...
Thank you for your feedback.
Sorry, we failed to record your vote. Please try again
Report abuse

Lynne Mills
1.0 out of 5 stars Needs some serious work!
Reviewed in Australia on 14 October 2020
Verified Purchase
The SBS app is terrible. It worked the first time we used it and on every time since has frozen on the opening screen. SBS really needs a new app developer. Literally no other streaming app has these issues! Such a shame as they have such great programmes.
Read more
3 people found this helpful
Helpful
Sending feedback...
Thank you for your feedback.
Sorry, we failed to record your vote. Please try again
Report abuse

Dane T
1.0 out of 5 stars Ads don't pause the video
Reviewed in Australia on 30 August 2021
Verified Purchase
While watching shows on the Fire Stick a large number of long ads pop up through a hour long show, but when that occurs the show in the background doesn't pause so you end up missing some parts of the show.
Or War of the Worlds has the worst editing I have ever seen
Read more
Helpful
Sending feedback...
Thank you for your feedback.
Sorry, we failed to record your vote. Please try again
Report abuse
See all reviews
Amazon Appstore Return Policy