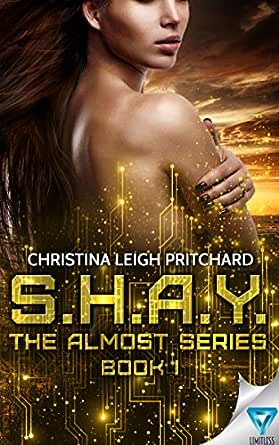 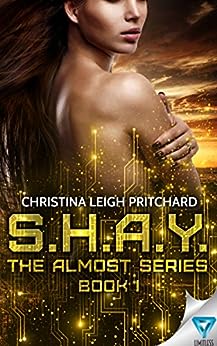 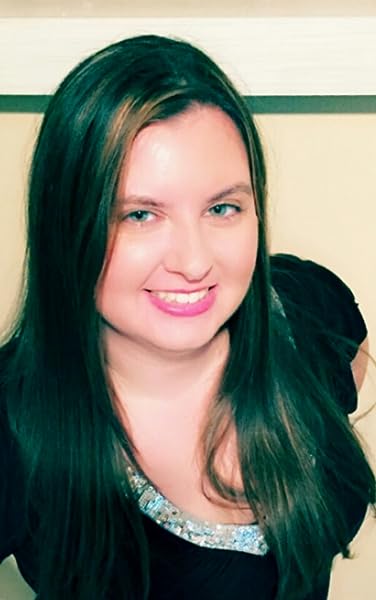 Betty Welch for Fiction Vixen's
5.0 out of 5 stars A Great Story
Reviewed in Australia on 30 August 2016
S.H.A.Y is the first book in (The Almost Series ) by Christina Leigh Pritchard ,and I must say that I thoroughly enjoyed this great story. Ms. Pritchard has given us a story that will hold our attention from start to finish ,and then will leave us wanting the next book from this author. This story moves at a good pace despite the length and it will keep you interested throughout this whole story. But I found that at the beginning it was a little hard to follow ,and at first really didn't realize what all the acronyms ready mean , but then you should be able to follow this story every well I did. If you get confused the book has a definition of each of them in the back of the book. This is about S.H.A.Y and her name stands for Synthetic Hominid Assumed Youth ,and she has just turned eighteen .But will she was under eighteen she got to roam the lab, but as she turns eighteen ,she will no longer be ablr to that .She will have to move to the next stage of her program ,and that is the stage that no one has ever survived .All together there is 3 stages but to my disappointment we only learn about about the one ,that is from ( birth to eighteen ) and stage .But then there's phases ,phase one is for developmental which is growth,and then there's phase 2 which is leads us to experiment which is where S.H.A.Y is and that is when she is really supposed to have her Maternal Human which is her foster/ adoptive mother killed three days after her 18th birthday. So S.H.A.Y has make a plan to escape, but there's a really problem with her plan she fails and she gets taken down by tranquilizer and crashes into the island ,and is soon saved by E.R.I.C who is a ( Ersatz Reproduction Intelligence Clone) and he was made by the same scientist that make Shay ,so he was created in the same lab as S.H.A.Y but she doesn't know if she can trust him .But E.R.I.C is connected to S.H.A.Y in more ways then she really knows ,but the problem is the problem is I can't tell you because I would be giving the story away. But she has ever given up her plans to escape and to save her mother Darla ,but with the help of Aimee she soon starts to do things on her own. I highly recommend that you read this touching story ,you won't be disappointed.
Read more
Helpful
Comment Report abuse
See all reviews

Ann S Martin
5.0 out of 5 stars Five Stars
Reviewed in the United States on 27 July 2018
Verified Purchase
Well written and interesting concept about the future. Looking forward to next installment.
Read more
One person found this helpful
Report abuse

Amazon Customer
5.0 out of 5 stars Irene
Reviewed in the United States on 26 August 2016
Verified Purchase
I read the book in less then three day's and I can't wait till the next one E.R.I.C. in the series.
Read more
One person found this helpful
Report abuse
See all reviews
Get FREE delivery with Amazon Prime
Prime members enjoy FREE Delivery and exclusive access to movies, TV shows, music, Kindle e-books, Twitch Prime, and more.
> Get Started
Back to top
Get to Know Us
Make Money with Us
Let Us Help You
And don't forget:
© 1996-2020, Amazon.com, Inc. or its affiliates