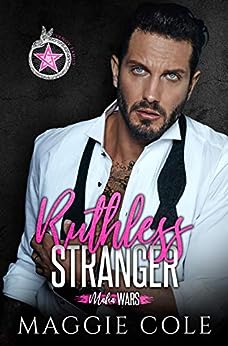 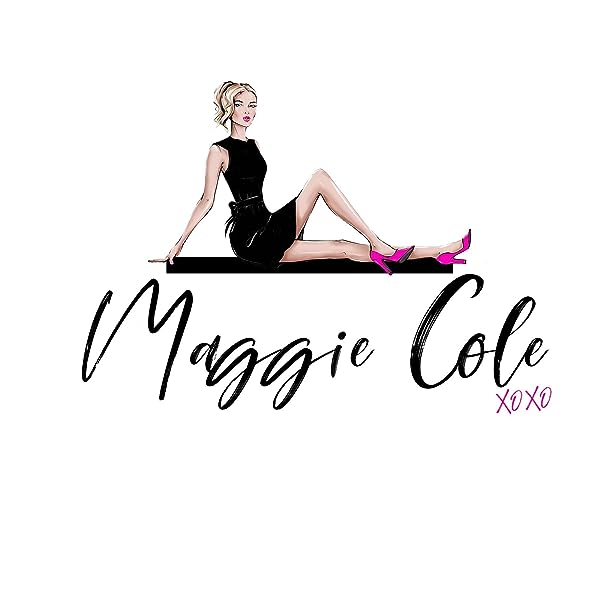 4.5 out of 5 stars
4.5 out of 5
488 global ratings
How are ratings calculated?
To calculate the overall star rating and percentage breakdown by star, we don’t use a simple average. Instead, our system considers things like how recent a review is and if the reviewer bought the item on Amazon. It also analyses reviews to verify trustworthiness.

I am one of those readers who YES is tantalized by a cover, and this model is HOT HOT HOT (the eyes kill me) BUT the blurb also sank it's hooks into me and I downloaded on KU. I loved this book so much I've now purchased it so it's permanently in my collection, you know, for those times when I stray and come running back begging for forgiveness.
I literally devoured this book and I couldn't put it down, let me say it's been a while since I've done that.

I won't give any spoilers away, but it follows the sexy hot story of Maxim (swoon worthy) and Aspen who meet in Vegas after Aspen gets whisked away by her (equally hilarious and likeable) friends after her messy divorce.

These two are off the charts.

I loved how Aspen was divorced, troubled, sexy as sin but didn't know it. It was well written, and the scenes in Vegas were hot, naughty, tantalizing and left me wanting more. I liked how both characters were older (I think Maxim is mid forties and Aspen in her thirties)
Aspen wasn't some 20-something naive spoilt brat (read too many of those) who just annoy you to tears, she was believable and relatable and I really liked her. I was in her corner silently willing her onwards and upwards.

Maxim is the ultimate GOD. Don't believe what you read of ANYONE saying anything less, seriously, he's the ultimate. Bad ass. Russian. Sexy as sin. Demanding (umm what more do you want in a ALPAHA hero) did I mention HE'S RUSSIAN. BUT, he's also extremely vulnerable, lovable and when you see the other side of him you'll want to snuggle up to him too.

I loved how the story played out and the chemistry these two had. Maxim makes no apologies for being bad ass, nope and why should he, he's awesome and ok so he may be a little bit Russian Mafia, but he doesn't do anything to anyone who doesn't deserve it, so there.

YES Maggie Cole. You did it girl, and you did it very well. I'm off to buy book 2 now and see what Boris has got to say. I'm ruined for all other Mafia books....
5 HOT STARS from me.
Read more
One person found this helpful
Helpful
Report abuse

Kindle Customer
TOP 1000 REVIEWER
5.0 out of 5 stars Hard Russian with a big heart
Reviewed in Australia on 2 June 2021
Verified Purchase
There really is so much to love about this book. It is not your typical mafia story but still contains all the great ingredients - hot as hell swoony men, hot chemistry and dark backstories.
Maksim is a total hottie - he's tough but loves hard.
Aspen is 38 recently divorced after 20 years marriage to a complete loser.
They spend 2 nights together not knowing names and in her case blindfolded. It's hot.
They meet again by chance and it's all on. I love that she's not some young virgin and he's the older man. They come at this with more equality but he's still an alpha, demanding hot as hell Russian but he treats her with respect and makes her feel valued.
Hard to put down, the other characters are great - looking forward to more books about this family.
Read more
Helpful
Report abuse

Kindle Customer
5.0 out of 5 stars Amazing read binge worthy
Reviewed in Australia on 8 June 2021
Verified Purchase
This is the first ever book I have read of Maggie Cole and I can say it will not be my last.

I loved this book. I couldn't put it down. This book had everything I love in a sexy mafia book.

Joanne Turner
5.0 out of 5 stars Hook line and sinker
Reviewed in Australia on 22 May 2021
Verified Purchase
Gets you from the first page. Can't wait to read the rest of this series and hear the other brothers story.
Read more
Helpful
Report abuse

Emma
5.0 out of 5 stars Amazing!!!!
Reviewed in Australia on 22 May 2021
Verified Purchase
Mafia at its best!! This book grabs you from the 1st page and keeps you hooked the whole way through....an awesome read!!
Read more
Helpful
Report abuse

Melissa
5.0 out of 5 stars Truly amazing 🤩
Reviewed in Australia on 3 April 2021
Verified Purchase
Absolutely amazing. I just love how Maggie writes builds her story. I couldn’t put the book down. I can’t wait for the other books on the series.
Read more
Helpful
Report abuse

Pebbles
TOP 100 REVIEWER
2.0 out of 5 stars Torn
Reviewed in Australia on 22 April 2021
What I love about this book and what sets it apart from the typical Mafia story is how Aspen and Maksim met and how intense their chemistry was but as the story unfolded I started to lose interest.

What really grates on my nerves is the formatting with one-line sentences and double spacing to pad out the page count. Had I not started reading this book on my phone (where the formatting looks normal) instead of my iPad or computer I would never have continued reading. Formatting and grammar are pet peeve or rather a hard limit for me as I concentrate on the formatting and not the story. Your choice on whether you buy this book, the story is good just not the formatting.
Read more
One person found this helpful
Helpful
Report abuse
See all reviews

Sue Lee
5.0 out of 5 stars Compelling
Reviewed in the United Kingdom on 7 April 2021
Verified Purchase
It is actually great to read a story line where the characters are not young. A more relatable theme.
Read more
7 people found this helpful
Report abuse

CLAYR CATHERALL
4.0 out of 5 stars Fantastic start to this brand new Mafia series
Reviewed in the United Kingdom on 2 April 2021
Verified Purchase
This book had me flipping page after page. It was hot, steamy, with drama and action in the mix.

Aspen and Maksim share a steamy encounter and don’t believe they will see each other again. Only fate has other ideas...

Loved all these new characters. Looking forward to more of this series.
Read more
4 people found this helpful
Report abuse

Kindle Customer
5.0 out of 5 stars Steamy, romantic and very dangerous!
Reviewed in the United Kingdom on 10 May 2021
Verified Purchase
What happens in Vegas stays there - or sometimes not!!!! Tall, dark. & menacing falls for a divorcee fulfilling her fantasy of blindfolded sex in a one night stand. They meet by chance again and share the secrets his Russian connections spring on them while forming a sensual relationship that inadvertently sparks an all out war between rival families. This is a cliffhanger so be warned - but don't let that put you off. This is one great read. I'm now reading book 2! 👍😘😉😏❤😍
Read more
Report abuse

Kelly
2.0 out of 5 stars Not for me, not the alpha male I presumed he would be. A little too soft of a read.
Reviewed in the United Kingdom on 28 June 2021
Verified Purchase
Ok.. I was really looking forward to reading this, after reading many mafia alpha male books, but I had to give up, the start is ok, but it is so unbelievable when the main character lets the lady into his business within the mafia pretty much straight away, totally unbelievable and I couldn’t get past that, and the fact she is trying to read and change him quite quickly, I may pick it up again one day, but doubt very much I will.
Read more
Report abuse

Lola
5.0 out of 5 stars Fantastic read
Reviewed in the United Kingdom on 5 May 2021
Verified Purchase
This is my first time reading from this author and Boy have I enjoyed the story so far... the first meeting and the first encounter was soo hot and exciting I couldn’t put the book down the chemistry between Max sim and Aspen is off the charts can’t wait for sequel
Read more
Report abuse
See all reviews
Back to top
Get to Know Us
Make Money with Us
Let Us Help You
And don't forget:
© 1996-2021, Amazon.com, Inc. or its affiliates