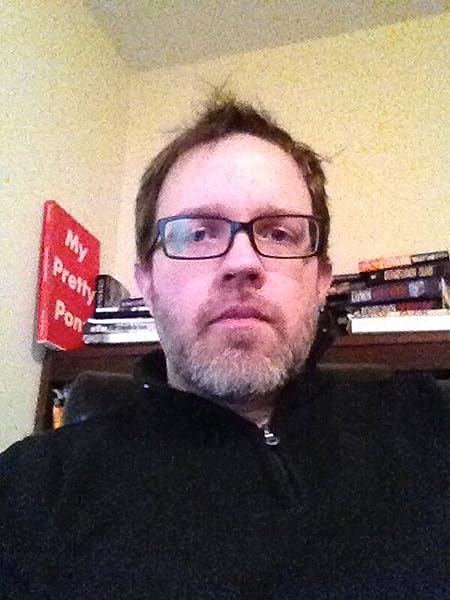 by Counseling Psychologist John Rector (Author), Scott Merriman (Reader)
3.7 out of 5 stars 423 ratings
See all formats and editions
Sorry, there was a problem loading this page. Try again.

Nick White is the only person who can save Abigail Pierce. After uncovering a plot to have her killed, he attempts to warn her but instead puts himself squarely in the crosshairs. They know who he is, they know where he lives, they know how to get at his family.

Drawn into the conspiracy surrounding Abigail, Nick soon discovers the danger is bigger than he ever believed. Now he must uncover the truth to save her and himself. Gripping and intense, this novel is a twisted thrill ride from bestselling author John Rector.

"Ruthless is aptly named. It will ruthlessly steal your time, your sleep, your other priorities, and you won't know what hit you until you come crashing and gasping into the last brilliant page. Rector's gorgeous, streamlined prose goes down like a fine single malt. A breathless, ruthlessly-efficient thriller that is not to be missed." --Blake Crouch, International bestselling author of The Wayward Pines Series

"John Rector is quickly becoming a master of suspense and drama...Just when you think the story can't get any more complicated, it does. It has more twists than a pretzel, but is much more satisfying" --New York Journal of Books

"Its time to get on board, before Rector stops being 'the next big thing' and becomes the phenomenon he deserves to be." --Los Angeles Review of Books

"[John Rector is] a novelist who I consider to be one of the very best new writers to enter the scene in a very long time...John Rector is a game changer." --Spinetingler Magazine

"John Rector piques our curiosity at every page turn and leaves us hanging at each chapter ending." --New York Journal of Books

"A bestselling author who doesn't make us embarrassed to have his books on our shelves." --The Nerd of Noir

"Rector brings some really impressive writing and strong characters into a genre that is often teeming with contrived, cringe-worthy dialogue and flat, unoriginal characters." --Baltimore Reads

"Rector's style has never been so assured or polished as in Ruthless. To borrow the title of director Sergio Martino's 1972 giallo, Tutti i colori del buio, Rector writes with all the colors of the dark: the dimly lit atmosphere, the ugly edge of violence, and the sadness of human betrayal. Equally bleak and exhilarating, Rector's rollercoaster is the ideal ride for hardcore fans of noir. With nary a wasted word, Rector's streamlined prose reads so quickly that my only complaint is waiting another year for his next book." --The Life Sentence

John Rector is the bestselling author of The Grove, The Cold Kiss, Already Gone, and Out of the Black. His short fiction has appeared in numerous magazines and has won several awards, including the International Thriller Award for his novella, Lost Things.

He lives in Omaha, Nebraska.

Start reading Ruthless on your Kindle in under a minute.

JOHN RECTOR is the bestselling author of THE GROVE, THE COLD KISS, ALREADY GONE, OUT OF THE BLACK, RUTHLESS, and THE RIDGE. His short fiction has appeared in numerous magazines and won several awards including the International Thriller Award for his novella LOST THINGS.

He lives in Omaha, Nebraska.

3.7 out of 5 stars
3.7 out of 5
423 global ratings
How are ratings calculated?
To calculate the overall star rating and percentage breakdown by star, we don’t use a simple average. Instead, our system considers things like how recent a review is and if the reviewer bought the item on Amazon. It also analyses reviews to verify trustworthiness.

wendy o'dea
3.0 out of 5 stars Readable but really?
Reviewed in Australia on 7 June 2015
Verified Purchase
This I found readable but the main character I have to wonder about. Really? Not to bright. The links were clearly written into the story line and made it obvious. The twist was o.k. The ending, for me, was a bit unrealistic.
Read more
Helpful
Report abuse

Kayle
3.0 out of 5 stars Average
Reviewed in Australia on 21 August 2015
Verified Purchase
I persevered and finished this book. At times I found there was far too much dialogue which interrupted the flow of the story. Not an entirely believable plot and the hero was a little annoying in his actions, some of which were just silly.
Read more
Helpful
Report abuse

giveitago
4.0 out of 5 stars Twists and turns
Reviewed in Australia on 14 May 2015
Verified Purchase
I enjoyed reading this book. It had enough twists and turns to keep me interested. I expected a bit more at the end - but the author has certainly left the door open for a sequel :-)
Read more
2 people found this helpful
Helpful
Report abuse

Mystery Reader
4.0 out of 5 stars A page turner
Reviewed in Australia on 27 May 2015
Verified Purchase
It was a good plot. Plenty of twists and turns that make you want to keep turning the pages. Didn't see the ending. Quite a surprise turn-around.
Read more
One person found this helpful
Helpful
Report abuse

Roy
4.0 out of 5 stars Interesting
Reviewed in Australia on 1 June 2015
Verified Purchase
Enjoyable reading, a story of intrigue twists and turns and suspense. I enjoyed reading this interesting novel and recommend it as good reading
Read more
Helpful
Report abuse
See all reviews

Joyce Rigg
3.0 out of 5 stars Readable
Reviewed in the United Kingdom on 24 December 2018
Verified Purchase
Although I read this to the end I don't think I will be likely to read another by this author. It has a good premise but the story rambles along with a main character who spends his days and nights with a glass of whiskey in his hand. It did have a very disappointing but realistic ending. I had had this author recommended so I was disappointed, although to be fair he does know the difference between their, there and they're.
Read more
Report abuse

Johan Schmitt Boro 81
3.0 out of 5 stars 3 Stars
Reviewed in the United Kingdom on 21 March 2016
Verified Purchase
I enjoyed this book and you are quickly drawn in from the beginning. The chapters are short and I would say that this book is a real page turner. I found that it was difficult to put down once I'd started reading. However I was a bit disappointed with the ending, it seemed a bit abrupt. I did enjoy it overall and it is recommended. It was recommended through BookBub and was certainly worth what I paid for it on kindle. I think it was either 99p or £1.99.
Read more
Report abuse

Martthedart
3.0 out of 5 stars Did I miss a bit?
Reviewed in the United Kingdom on 26 May 2015
Verified Purchase
The story took a while to develop, but when it did it was made too obvious what was happening and often explained for you too. It ended abruptly, reminding me of doing an exam and having 10 minutes to go so rushing the last part just to finish. I seriously felt like I missed a part of the book as it faded away. The plot had potential but it is too simply written for me and the ending was a bit.. Sorry gotta go.
Read more
One person found this helpful
Report abuse

Mrs. A. C. Lesworth
5.0 out of 5 stars Not bad at all
Reviewed in the United Kingdom on 12 May 2015
Verified Purchase
Although I worked out early on there were two baddies, it didn't spoil my enjoyment of this book. The main character at first appears fairly weak willed, but gradually grows a pair. He ends up being a likeable hero, although he'll never really grow up.
Read more
2 people found this helpful
Report abuse

Rose
1.0 out of 5 stars Of all the stupid.....
Reviewed in the United Kingdom on 28 December 2016
Verified Purchase
Other reviewers have outlined the start of the story so I am not giving anything away by saying that of all the stupid things to do - why pretend you are the person the woman is expecting to meet when you are not and you know it. Everything the central character does in the first few pages is so ridiculous that as far as I'm concerned he deserves whatever he gets! Do I know what that is, NO, because I stopped reading it halfway through Ch 3 and moved on to a decent book.

Had the review on Amazon given any hint about the way the plot was found out, I would have saved my money and a valuable half hour.
Read more
2 people found this helpful
Report abuse
See all reviews