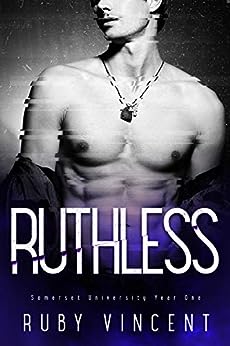 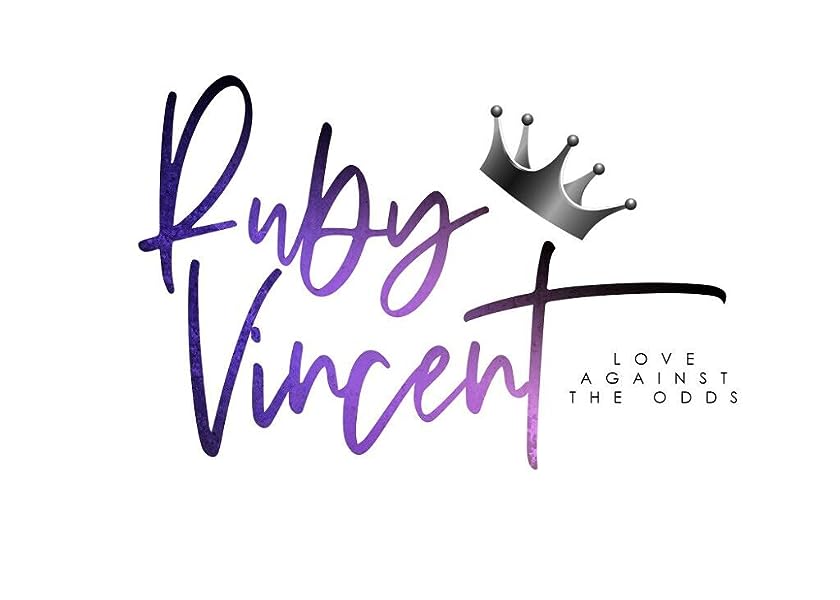 by Ruby Vincent (Author) Format: Kindle Edition
See all formats and editions
Sorry, there was a problem loading this page. Try again.

Evergreen Academy was supposed to be my fresh start…

…and Somerset University my second chance.

I wanted the Somerset Sallys to be like every other Greek house.

I wanted the pretty, fun, sweet sisters to be genuine. I wanted the smile of their enigmatic leader not to conceal a secret.

And I wanted the story they told me to be true.

I should have known that was too much to ask.

Somerset University was the first step.

Joining a fraternity wasn’t part of the plan. Neither was stumbling into a disturbing plot, witnessing a kidnapping, and having the world think I’m delusional.

The Somerset Sams are not what they seem, and when they struck, they brought me to my knees.

But I am not what I appear to be either. Beneath the charming persona is the man who’ll protect the woman he loves at all costs.

For Valentina Moon, I will be what I have to be.

Ruthless is a why choose college romance and a continuation of the Evergreen Academy series. This is book one in the series and features language, dark themes, and sexual scenes. If you're cool with that, dive in!

Ruby Vincent is a published author with many novels under her belt but now she's taking a fun foray into contemporary romance. She loves saucy heroines, bold alpha males, and weaving a tale where both get their happy ever after.

Sign up here to hear about new releases, giveaways, and other treats:

Kindle Customer
5.0 out of 5 stars Loved it.
Reviewed in Australia on 6 October 2021
Verified Purchase
I love how we are getting to know the boys one on one better. I cant wait to get in the heads of the others!
Read more
Helpful
Report abuse

Jaxi
TOP 100 REVIEWER
5.0 out of 5 stars A great start to another series
Reviewed in Australia on 12 April 2020
After reading the Evergreen Academy series and then reading the Breakbattle Academy series and getting used to Valentine as an adult and mother to multiple offspring, I never expected to back to a young Valentina starting college.
I loved both of the previous series. It's probably too early to say I love this series because after book 1 I have no idea of where the story is going to go. Ruby Vincent is good at keeping you guessing, I was kept guessing during the Evergreen series and I honestly have no idea what is happening in this book, but I look forward to finding out.
Read more
2 people found this helpful
Helpful
Report abuse
See all reviews

Jade.x
3.0 out of 5 stars And it starts all over again
Reviewed in the United Kingdom on 16 September 2021
Verified Purchase
Just as you think they were free of an unseen enemy BOOM! Next one on line hits. Will they ever get a break?!
Read more
Report abuse

Paula
4.0 out of 5 stars I'm hooked!
Reviewed in Canada on 18 September 2021
Verified Purchase
After reading the Evergreen series, it was a natural progression to move on to the next one in order the follow the characters I've grown to love. The characters intermingle yet remain strong individual and charismatic. Well done Ms Vincent!
Read more
Report abuse

Tammy Hamilton Green
5.0 out of 5 stars Sally's and Sam's, Greeks be damned
Reviewed in the United States on 2 July 2021
Verified Purchase
I read the series before this when this RH met up at Evergree and loved it! Now that our five-some (Valentina, Ezra, Maverick, Jaxson, and Adam) has graduated and moved in together at Somerset University, the action, steamy moments, love and friendship are only getting better. Sophia, Val's best friend is right there in the thick of things, pledging to the same sorority, the Sally's. Their counterparts, the Sam's have an equally elite fraternity for the guys and Ezra has pledged to it. They say there's no hazing, but there's just something that's not quite right going on in Greek Row. Hopefully, they can figure it all out before the clues disappear.
Read more
One person found this helpful
Report abuse

Book Lovers Party Place
5.0 out of 5 stars Loved this!
Reviewed in the United States on 22 September 2021
Verified Purchase
I loved getting to read more about these characters in thier collage years. More drama , secrets, and twists in this book and I am left with so many questions but can't wait to dive I to the next book to get answers. This story is getting intense and I can't wait to see where this author takes us on this journey.
Read more
Report abuse

Kindle Customer
5.0 out of 5 stars Loved it!!!
Reviewed in the United States on 27 August 2021
Verified Purchase
I love this group. I'm so glad we get more of their drippy. I love that we get the guys. I love this author. Must read!!!!
Read more
Report abuse
See all reviews
Back to top
Get to Know Us
Make Money with Us
Let Us Help You
And don't forget:
© 1996-2021, Amazon.com, Inc. or its affiliates