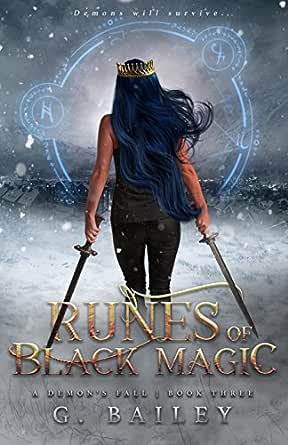 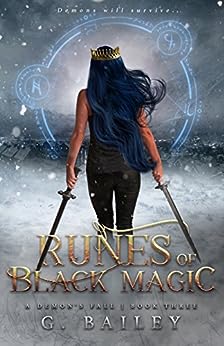 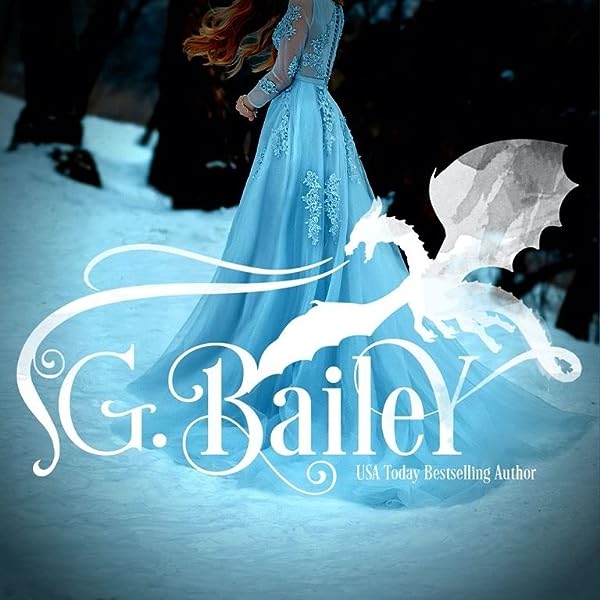 G. Bailey is a USA Today bestselling author of books that are filled with dragons, pirates, fantasy worlds, and breath-taking adventures. When not writing, she can be found watching Harry Potter marathons and drinking too much tea. She currently resides with her husband, two children, and three cheeky dogs in the very rainy United Kingdom.

A diverse cast of individuals worked together to achieve the brilliant sound and performances contained in this audiobook. --This text refers to the audioCD edition.

4.7 out of 5 stars
4.7 out of 5
168 global ratings
How are ratings calculated?
To calculate the overall star rating and percentage breakdown by star, we don’t use a simple average. Instead, our system considers things like how recent a review is and if the reviewer bought the item on Amazon. It also analyses reviews to verify trustworthiness.

Jacinta Bartlett
5.0 out of 5 stars Fast Paced
Reviewed in Australia on 2 January 2021
Verified Purchase
This book was really good with how Evie and her protectors were connecting with each other. Really faced paced and skipped weeks at a time which i felt could have been used to fill in some more gaps and expand the story. The ending came really suddenly an ended quickly so be prepared to have the next book ready. The book is really good and well written by the author and cant wait for the final book of the series!
Read more
Helpful
Report abuse

ExodusDiva
4.0 out of 5 stars Runes of Black Magic
Reviewed in Australia on 8 October 2018
Verified Purchase
I enjoyed this short story, everything is ramping up including Evie's connection with her protectors.
Particularly enjoyed her thoughts about ending her sister, it had me laughing at what she wanted to do to her. A couple of good suprises that I never saw coming. I'm giving this 4stars because the story cut off and felt incomplete - like deliberately dragging out the story over more books. Also story ends at 84% and has nothing but their adverts for their other books - so annoyed
Read more
Helpful
Report abuse

Imee_Benz
TOP 500 REVIEWER
5.0 out of 5 stars ***Tunes of Black Magic***
Reviewed in Australia on 26 October 2018
Verified Purchase
What an explosive story, Evie is as sassy and feisty as ever, I love that her relationship with her guys evolved to sexy level *grins* now I just have to wait for the next book, bugger I don't like cliffhanger but can't be help. This is a fast paced and very entertaining read.
Read more
Helpful
Report abuse

Kindle Customer
5.0 out of 5 stars Fantastical
Reviewed in Australia on 9 October 2018
Verified Purchase
I can't get enough of Evie and her protectors, she's a badass MFC and has a harem to die for, I can't wait to see her kick CeX ass
Read more
Helpful
Report abuse

SamMac
TOP 1000 REVIEWER
5.0 out of 5 stars Favourite so far
Reviewed in Australia on 3 October 2018
Verified Purchase
WOW!!! Each book in this series gets better and better.
Absolutely loved it!! Highly recommend this series.
P.S. Bacon is life ;)
Read more
Helpful
Report abuse

Amos
5.0 out of 5 stars Amazing
Reviewed in Australia on 9 October 2018
Verified Purchase
Couldn't put it down till I finished it! Can't wait for the next book
Read more
Helpful
Report abuse

Alisha Thompson
TOP 500 REVIEWER
5.0 out of 5 stars Runes me!
Reviewed in Australia on 7 October 2018
I no lie love this series! If I could be a book character I would be Evie, she’s my spirit animal!
Runes of Black Magic is the third book in this series, so if you haven’t read the previous two, what are you waiting for. For those of us that have Evie has been hunted by Protectors her entire life and all because she is a half born heir to the Protector throne. I love the twists and turns throughout the story, Evie is quite the badass but also learning to be more vulnerable. She has had to fight survive her whole life but this has not only helped shape the person she is but has given her tools necessary to become a great Queen, if only her sister doesn’t kill her first. Will Evie be Queen, can she free the demons from prosecution, stop an Overlord from destroying the world, be with the men she loves? You’ll just have to read to find out!
Read more
Helpful
Report abuse
See all reviews

K. G. A. Alavi
5.0 out of 5 stars Choices
Reviewed in the United Kingdom on 20 October 2019
Verified Purchase
Another great book in the series. It was slightly slower then I would have liked, but a definitely mosved the story forward and was enough fights to keep md interested.

Evie is on a quest for the crown, not for the power itself, but the keep it out of the hands of her evil sister and to save the world. Hard choices need to be made, and everyone will have to choose their own path.

I like how Evie is evolving trying to be nicer to people, but still being her bad self, yet always managing to do the right thing. I did wish there were a couple more fights but I think there is a main event in the making.
Read more
One person found this helpful
Report abuse

L Gilson
5.0 out of 5 stars Runes of black magic
Reviewed in the United Kingdom on 11 October 2018
Verified Purchase
Fantastic book, lots going on and unexpected twists and surprises again. Blue turning out to be a princess, and having to do tests against her sister to prove who is the best choice for queen. Her protectors and azi prove their love and loyalty to her. Each book gets better and better, once you start reading you don't want to put it down, can't wait for the next book
Read more
One person found this helpful
Report abuse

Kindle Customer
5.0 out of 5 stars Mind blowingly awesome
Reviewed in the United Kingdom on 25 October 2018
Verified Purchase
Absolutely love runes of black magic this series so far are mind blowingly awesome. Each book gets better the charaters are so well written theyre like friends. I laugh and cry with them and cannot wait for more. Amazing author x
Read more
Report abuse

Katharina
5.0 out of 5 stars Great series
Reviewed in Germany on 21 November 2018
Verified Purchase
I love these books, great story, couldn't put the books away until I've read them all
Read more
Report abuse

Kindle Customer
3.0 out of 5 stars 3.5
Reviewed in the United States on 6 January 2019
Verified Purchase
I like the story itself, but there are weak points where things feel rushed or are skipped, like the tests are blips when they should each take a chapter considering their importance. Tests 2 and 3 literally blend into each other. I don't think there actually is a test 3 unless it was who can face to the crown first which is a pretty lame test. And There wasn't a test for Evie sister if that wasn't the test. Also the stuff with the guys, each time she makes the connection with one of them it's like a switch is flipped. The whole thing with Trex was really cringe worthy. And didn't get dad mention in book 2 about training her? Was that just completely forgotten? Or did he and her new angel friend to me we taught her how to fly, kind of, and hide her wings, good enough. These are falling victim to books in the 200 page range where things get skipped over because 200 pages isn't a lot of space to develop the story and the people, especially when you have a female lead, her four boyfriends/protectors, her adopted sister, her evil sister, her boyfriend's evil brother who is dating her evil sister (talk about awkward Christmas dinners. There is going to be some.actual boxing on their boxing day), her estranged dad and new angel friend, her demon associates/her boyfriend's probably not evil brother (although, come on, I know you are a demon and all but have a heart), and her keeper friend, just to name a few. Just naming all those people practically takes 100 pages and you still have to save word count for the fighting, flirting, sexing, obligatory why do I have to wear a dress whining, and 25 pages of bacon eating. I wish Bailey would give herself the pages to develop everything a.little.more because this could be amazing instead of just ok. Also someone should let Evie know about buzzfeed's article on bacon grilled cheese sandwiches. It was bacon weaved into slices of "bread", fried, then a slab of macaroni and cheese is stuffed in the middle and it was out in a panini press, but in half, served.
Read more
4 people found this helpful
Report abuse
See all reviews
Back to top
Get to Know Us
Make Money with Us
Let Us Help You
And don't forget:
© 1996-2021, Amazon.com, Inc. or its affiliates