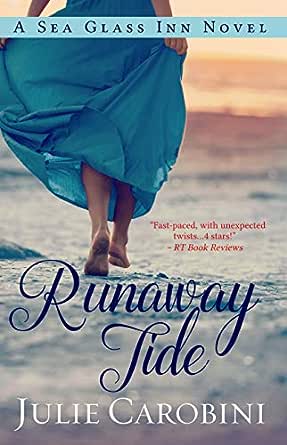 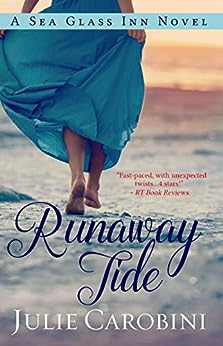 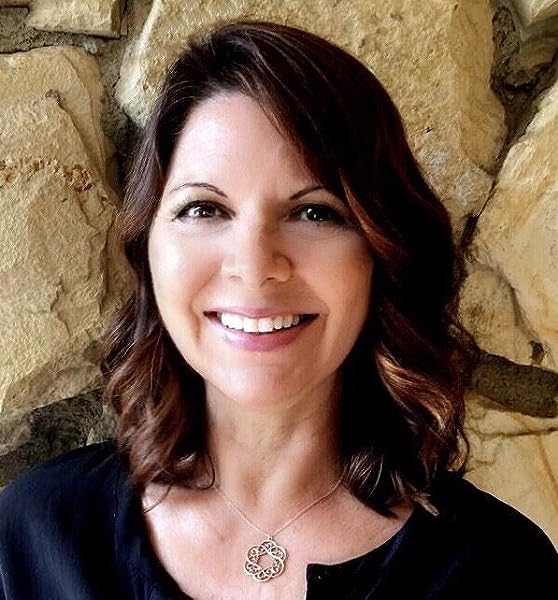 JULIE CAROBINI writes inspirational beach romances and cozy mysteries ... with a twist. She is known for spunky heroines, charming heroes, quirky friends, and the secrets they keep. Her bestselling titles include Walking on Sea Glass, Sweet Waters, Fade to Blue, and The Christmas Thief. Julie has received awards for writing and editing from The National League of American Pen Women and ACFW; she is a double finalist for the ACFW Carol Award; and RT Book Reviews says, "Carobini has a talent for creating characters that come alive." Julie lives near the beach in California with her husband, Dan, and cranky dog, Charlie, and she loves traveling and hanging out with her three 20-something kids. Visit her at http: //www.juliecarobini.com./
--This text refers to the paperback edition.

4.6 out of 5 stars
4.6 out of 5
298 global ratings
How are ratings calculated?
To calculate the overall star rating and percentage breakdown by star, we don’t use a simple average. Instead, our system considers things like how recent a review is and if the reviewer bought the item on Amazon. It also analyses reviews to verify trustworthiness.

Janice L
4.0 out of 5 stars Readable Romance
Reviewed in Canada on 26 August 2020
Verified Purchase
I very much enjoyed this second installment in the Sea Glass Inn series by Julie Carobini. The characters are colorful, changing as the story progresses, which is always a good sign. I especially like the main character, Meg, who has a good heart in spite of her sometimes tenuous situation. The romance has its ups and downs, as Pepper tries to sabotage it and them at every turn.

The settings in this book are idyllic, from CA to Florida to Italy. Loved seeing the sights through the eyes of the characters.

The mystery aspect of the story carries on right to the end, and is handled well. Another layer to this very readable story.

A few themes I picked up on are: people are not always what they seem, do your best and trust in God, there is a continual confrontation between good and evil in our world. Look for more when you read it yourself.

Amazon Customer Jane
5.0 out of 5 stars Lovee
Reviewed in Canada on 14 August 2020
Verified Purchase
An exciting clean romance with lots of ups and downs woven with suspense. Also beautiful descriptions of Italy.
An excellent story to read, hard to put down till the end?
Read more
Report abuse

Catherine Imogene Purcell
5.0 out of 5 stars Runaway Tide: A Sea Glass Inn Novel by Julie Carobini
Reviewed in the United States on 2 May 2018
Verified Purchase
This was a story that follows the first with an ongoing love Story of the lives you wanted to follow from book to book. If you like a nice clean story with no sex or vulgar language this one will be for you! Romance and some mystery as well. I could not put it down read just a day and two hours lovely ending. I recommend to read the first novel Sea Glass Inn.
Read more
18 people found this helpful
Report abuse

G Anderson
5.0 out of 5 stars Romance, greed and suspense
Reviewed in the United States on 13 January 2019
Verified Purchase
Meg loves her job as a sales events manager for a small chain of hotels and is great at it. Her job is to generate group sales where the groups stay in the hotels for their conferences. This involves lots of traveling. Her mentor, William Riley, gave her a start and loved her as a daughter but he passed away suddenly. His son, Jackson, and Meg dated for a while when William was alive but Jackson didn't really appreciate his father at the time. Jackson left to work elsewhere and Meg was left dangling, unsure of where their relationship was going. After William's death, Jackson returns to run the hotel chain and encountered a cold shoulder from Meg. Then, Jackson's half sister Pepper showed up and is a terror to everyone around. Jackson found out about Pepper after his father died but the two are working together to run the hotels. Pepper has it in for Meg for some reason and does everything that she can to put Meg in a bad light. Meg and Jackson had an argument on the beach and when running away from him, Meg fell and broke her foot. Her injury led her to depend on the help of Jackson and others, including an unexpected visit from her mom to help her.
Neither Meg nor Jackson is over their past relationship. But Pepper's allegations cast a rift between them. William always told Meg that Italy was the place to go to get past problems. At a low point, she leaves work in anger. She goes to Italy thinking that she will visit William's old attorney friend Domenic and his wife Elena in Florence. But she didn't tell Jackson or anyone at work where she was. Meg's mom was the only one other than her friend Liddy who knew where she was. Concerned about Meg, Jackson followed her to Italy after finding out from her mom where she has gone. Things are going on within the hotel chain that is causing the business to have serious financial problems. Why? Jackson is torn between working things out with Meg and saving his family business. What does Pepper have it in for Meg? Why is Pepper so mean to everyone? What are her problems? This is a romance with suspense running through it. And a surprise discovered by Meg accidentally while at the home of Domenic and Elena changes things, bringing on more questions. Ms. Carobini has created a group of realistic characters and a complicated plot with twists and turns that have to be unraveled to find answers. Things are not always as they seem. This is a great read!
Read more
7 people found this helpful
Report abuse

thegarbs
5.0 out of 5 stars You won’t be disappointed!
Reviewed in the United States on 25 May 2019
Verified Purchase
Julie is truly one of my fave authors, so I was chomping at the bit to read book 2 of the Sea Glass Inn novels. Julie developed the characters and plot line in book 1 so well that it was like meeting up with old friends as I read Runaway Tide. There were elements of surprise and suspense in this book, which I loved — and spending time with Meg and Jackson was awesome!

It is painful when I’m finished reading any of Julie’s books because it’s like leaving friends behind until the sequel comes out. Truly!
Read more
5 people found this helpful
Report abuse
See all reviews
Back to top
Get to Know Us
Make Money with Us
Let Us Help You
And don't forget:
© 1996-2021, Amazon.com, Inc. or its affiliates