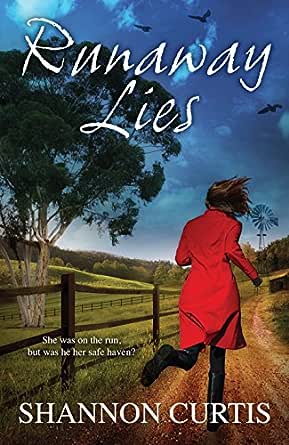 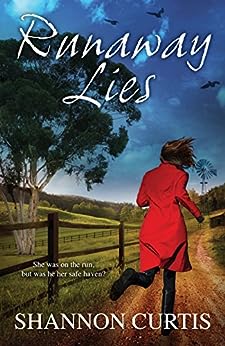 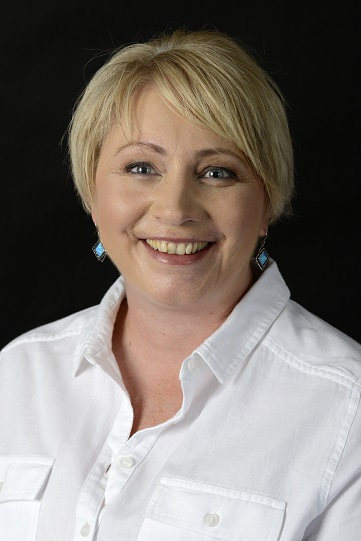 Shannon Curtis has worked as an office admin manager, distribution coordinator, dangerous goods handler, switch bitch and betting agent, and now runs her own creative services consultancy. She decided to write a story like those she loves to read whilst at home after the birth of her first child. Her first two books were shortlisted for Favourite Romantic Suspense by the Australian Romance Readers Association. http://www.shannoncurtis.com/

3.8 out of 5 stars
3.8 out of 5
18 global customer ratings
How does Amazon calculate star ratings?
Amazon calculates a product’s star ratings using a machine learned model instead of a raw data average. The machine learned model takes into account factors including: the age of a review, helpfulness votes by customers and whether the reviews are from verified purchases.

Fair Dinkum Aussie
5.0 out of 5 stars Although the sexual tension between the main characters is good, the love scenes didn't quite do it for ...
Reviewed in Australia on 18 November 2015
Verified Purchase
This was fast paced and gripping & I ended up reading on until the middle of the night because I just had to know what happened. I found it was one of those books where I was right there in that world, particularly the action suspense scenes - I was holding my breath.

Although the sexual tension between the main characters is good, the love scenes didn't quite do it for me but they were well written and it didn't interfere with my enjoyment of the book.

The only fails I could find in the book were some minor mistakes regarding plants in the scenery - nothing an author research visit to a local garden nursery would probably fix (Beginning of chapter 1: please note neither Jasmine nor Lantana are native flowers, in fact both are introduced here and Lantana is a stubborn invasive allergy causing pest species with thorns that threatens our native environment, and Beginning of Chapter 32: Frangipanni is not a brilliant purple colour - it comes in both white or peach with yellow centers - perhaps the author was thinking of Tibouchina?). Not a real big fail, but as I could visualizing the story in my head like a movie, it sort of threw me out at the time and distracted from the pace of the book.

The chase scene near the end over urban yards & streets was totally thrilling and I was holding my breath, and the heroine's later face to face fight with the psycho (not giving the plot away) was chilling. Actually, I think this book would make a great movie.

A Keen Reader
3.0 out of 5 stars Runaway Lies
Reviewed in Australia on 9 May 2015
Verified Purchase
A pretty decent storyline based in Australia, with a mix of suspense and romance and which would be great for a relaxed holiday read. It's somewhat escapist in nature. The characters involve rich, powerful and good looking people who own helicopters and well guarded estates but hey, if you are looking for escapism rather than a literary masterpiece for the moment then this is entertaining.
Read more
Helpful
Comment Report abuse

hilary julie vella
3.0 out of 5 stars No, It Can't Be?
Reviewed in Australia on 16 April 2015
Verified Purchase
This was an interesting premise, though from the moment after the crash, I knew there was something fishy with the mother disappearing, and was waiting for her to turn up, as she did, lets say no more about that. Great characters and setting, and the writing was informative without giving away too much.
I did find it very funny and quirky.
The sex scenes had me flicking through to the next part of the story. Don't need fillers like that in my books. Too much information!
Read more
One person found this helpful
Helpful
Comment Report abuse

Penny Wilmore
2.0 out of 5 stars Far fetched nonsense
Reviewed in Australia on 12 July 2016
Verified Purchase
The 2 x 4 year olds in this story have a larger vocabulary than the adults using words and phrases that are absurd for their age, this book is quite ridiculous in this regard and makes no sense at all being very far fetched indeed!
Read more
Helpful
Comment Report abuse

Lynne
5.0 out of 5 stars Five Stars
Reviewed in Australia on 4 May 2016
Verified Purchase
Loved it. A great blend of romance, suspense and humour.
Read more
Helpful
Comment Report abuse

Jo-Ann
5.0 out of 5 stars Five Stars
Reviewed in Australia on 16 May 2015
Verified Purchase
Loved this book, will read it again
Read more
Helpful
Comment Report abuse

Brenda Telford
5.0 out of 5 stars Gripping psychological thriller!
Reviewed in the United States on 25 June 2015
Verified Purchase
With Darcy Montgomery on the run, her home was the old Kombi she drove. Terrified, knowing to be recognised by the wrong people meant her death, she kept a low profile – driving the back roads, keeping away from the freeways. It was midway between Christmas and New Year and there would be police everywhere so it was imperative she stayed under the radar. Her name and identity change went part way to assuring her safety, but she knew it wasn’t enough. Unexpectedly, a speeding car which suddenly appeared around a bend caused her to veer in the gravel and almost lose control; but the shock that hit her when she realized the other car had disappeared over the embankment had her rushing to help. When she saw the car slowly sinking in a deep and murky creek with two small children inside, she was horrified…

When Dominic St. James, a wealthy property developer in Sydney frantically rushed to the hospital to see his children, he was informed his ex-wife was yet to be found. And the woman with the children was the person who had saved them. His gratitude was immense; but Darcy didn’t want his help – or the publicity – she wanted nothing more than to leave the hospital and vanish once again. But that was not to be – so grudgingly she thought that perhaps within the safe confines of Dominic’s high security and protection, she would be safe.

But when Dominic learned the car crash hadn’t been an accident, the danger around them all intensified. The tension and stress hung over the household – the pressure mounted; the secrets and lies deepened. There was a maniac out there – one that was intent on doing lasting damage. Would they all be safe? Could Dominic trust Darcy; the woman he was beginning to care for? Could Darcy trust Dominic?

Runaway Lies is a brilliant psychological thriller by Aussie author Shannon Curtis. It is classed as romantic suspense, but it is much heavier on the suspense in my opinion. A fast paced story with an excellent plot, I found it difficult to put down. And the ending! Wow! I didn’t expect that! Such a great tale with many unexpected twists, this author knows how to entertain. Highly recommended.
Read more
Helpful
Sending feedback...
Thank you for your feedback.
Sorry, we failed to record your vote. Please try again
Report abuse

Fibee
2.0 out of 5 stars Mills and Boon with a twist of Dan Brown (but done badly)
Reviewed in the United States on 5 May 2015
Verified Purchase
A typical Mills and Boon novel. I laughed as I read it as it has been years since I read anything like this and the plot was so unlikely it was almost comedic. Whilst I am only giving it two stars I couldn't say that I hated it because I read through to the end for the amusement factor. Hard to recommend unless you like this kind of writing.
Read more
Helpful
Sending feedback...
Thank you for your feedback.
Sorry, we failed to record your vote. Please try again
Report abuse

lynette williams
5.0 out of 5 stars Five Stars
Reviewed in the United States on 30 April 2015
Verified Purchase
the story keeps you reading right up to the surprise ending---Lyn
Read more
Helpful
Sending feedback...
Thank you for your feedback.
Sorry, we failed to record your vote. Please try again
Report abuse
See all reviews
Get FREE delivery with Amazon Prime
Prime members enjoy FREE Delivery and exclusive access to movies, TV shows, music, Kindle e-books, Twitch Prime, and more.
> Get Started
Back to top
Get to Know Us
Make Money with Us
Let Us Help You
And don't forget:
© 1996-2020, Amazon.com, Inc. or its affiliates