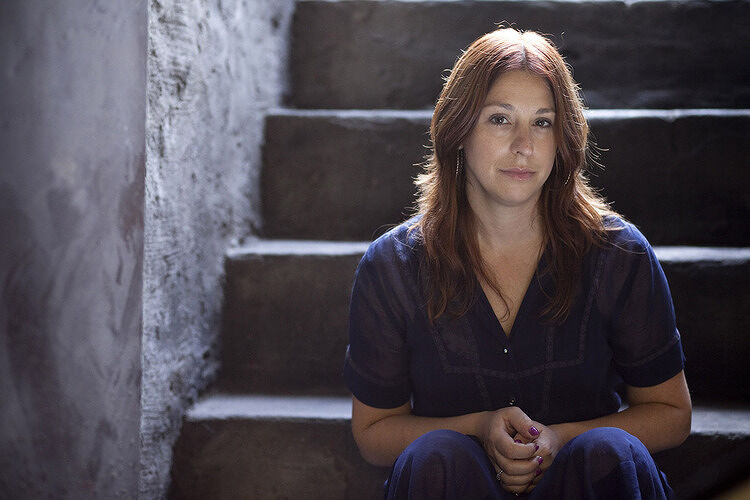 by Julia Dahl (Author)
4.3 out of 5 stars 93 ratings
See all formats and editions
Sorry, there was a problem loading this page. Try again.

Aviva Kagan was just a teenager when she left her Hasidic Jewish life in Brooklyn for a fling with a smiling college boy from Florida-and then disappeared. Twenty-three years later, the child she walked away from is a NYC tabloid reporter named Rebekah Roberts. And Rebekah isn't sure she wants her mother back in her life.

But when a man from the ultra-Orthodox enclave of Roseville, N.Y. contacts Rebekah about his young wife's mysterious death, she is drawn back into Aviva's world. Pessie Goldin's body was found in her bathtub, and while her parents want to believe it was an accident, her husband is certain she was murdered.

Once she starts poking around, Rebekah encounters a whole society of people who have wandered off the path of ultra-Orthodox Judaism - just like her mother. But some went with dark secrets, and rage at the insular community they left behind.

In the sequel to her Edgar Award finalist Invisible City, Julia Dahl has created a taut mystery that is both a window into a secretive culture and an exploration of the demons we inherit.

"Bringing together the hyenas of tabloid journalism with the secretive, inwardly focused, self-protecting religious Jews, Dahl manages to demonize and humanize both, while delivering a riveting story." --The Boston Globe

"Fast-paced, suspenseful...rises above the crime novel genre in its unusual psychological, spiritual and sociological dimensions, entering a world unfamiliar to most people." --The Washington Post

"Invisible City is an absolutely crackling, unputdownable mystery told by a narrator with one big, booming voice. I loved it." --Gillian Flynn

"[An] impressive debut...Dahl's convincing dialogue and perfect pacing make for a real page-turner. And her storytelling skills illuminate the intriguing worlds of the tabloid press, Hasidism, the NYPD, and Brooklyn's 20-somethings-as well as the fragile boundaries of family, religion, and life itself." --Publishers Weekly (starred review)

Julia Dahl is the author of Conviction, Run You Down, and Invisible City, which was a finalist for the Edgar Award for Best First Novel, one of the Boston Globe's Best Books of 2014, and has been translated into eight languages. A former reporter for CBS News and the New York Post, she now teaches journalism at NYU.
Start reading Run You Down on your Kindle in under a minute.

Julia Dahl was born and raised in Fresno, California. After almost 20 years in New York City, she now lives in New York's Hudson Valley with her husband and son.

Dahl began her career as a journalist working as a fact-checker at Entertainment Weekly. Since then, she has been an editor at Marie Claire, a freelance reporter at the New York Post, the deputy managing editor of The Crime Report, and a crime and justice reporter for CBS News.

She now teaches journalism at NYU.

4.3 out of 5 stars
4.3 out of 5
93 global ratings
How are ratings calculated?
To calculate the overall star rating and percentage breakdown by star, we don’t use a simple average. Instead, our system considers things like how recent a review is and if the reviewer bought the item on Amazon. It also analyses reviews to verify trustworthiness.

R. W. M. Lally
5.0 out of 5 stars keeps you guessing
Reviewed in the United Kingdom on 28 January 2019
Verified Purchase
Run You Down has an interesting plot and vivid believably flawed characters
Read more
Report abuse

shelley goodman
4.0 out of 5 stars Four Stars
Reviewed in Canada on 27 October 2015
Verified Purchase
I liked this book and the story it told. I wanted more development of the individual characters.
Read more
Report abuse

Bookworm
1.0 out of 5 stars Not a pleasant read
Reviewed in the United States on 23 December 2017
Verified Purchase
There are two reasons for that one star. First, I read the trailer of what I thought was the next book when I finished The Invisible City, liked it, bought it and discovered that it was a completely different story. Ok, I should have paid attention, but usually the trailer is for the next book, not for one in the future. Two, and more to the point, though the background of Run You Down is sound, and events are similar to events which made the news, there is absolutely nothing positive about a community painted in the blackest color. There is barely one -possibly two - sympathetic characters in the whole book. The long lost mother is completely artificial; without going into details, the Israel episode is not credible. Towards the end the plot verges on the farcical. Altogether not a pleasant read.
Read more
One person found this helpful
Report abuse

Judith Barnes
5.0 out of 5 stars Cultural Intrigue
Reviewed in the United States on 1 June 2017
Verified Purchase
I first met Rebekah Roberts in INVISIBLE CITY, and I was interested in her story and in her adventures as a journalist. While writing stories for a New York City tabloid, she becomes acquainted with an ultra-Orthodox Jewish community. Count on Julia Dahl to pen an intriguing mystery. She doesn’t disappoint.
Read more
Report abuse

Joann R. Greene
4.0 out of 5 stars Good Second novel - needs edited.
Reviewed in the United States on 2 July 2015
Verified Purchase
I read the first novel in this series, Invisible City, and I was greatly impressed by Dahl’s writing and the world she created on the page, not to mention her tightly woven plot.

I’m happy to say that this second novel in the series does not disappoint too much. I seemed to find more typo errors in this book than the first. A pet pev.
One of the most fascinating aspects of Invisible City was the peek into the secretive and cloistered life of the Hassidic Jew community in Brooklyn. In Run You Down, we learn even more about this lifestyle fueled by a rigid, ultra-Orthodox faith.

Dahl writes a great mystery that keeps you guessing until the end.
Read more
One person found this helpful
Report abuse
See all reviews