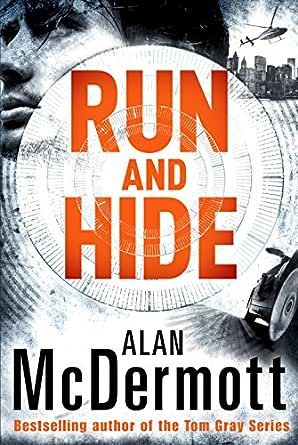 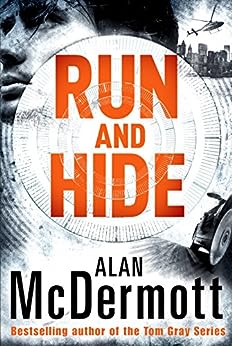 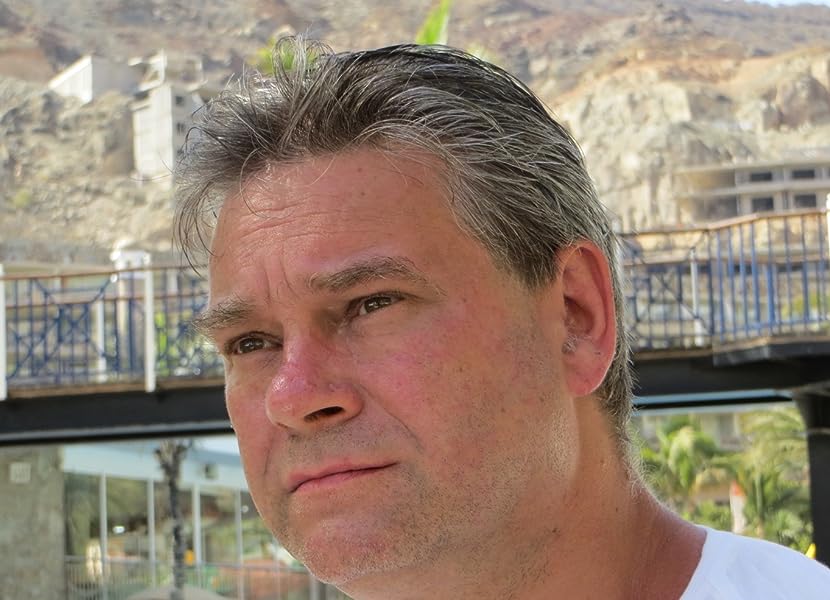 There’s only so long you can run for your life.

Eva Driscoll is used to chasing down bad guys, but now the bad guys are chasing her. She knows they won’t stop until she’s dead.

After her brother is killed in a faked suicide, Driscoll teams up with ex-soldier Rees Colback, the one person who can help her find answers. Together they’re determined to uncover why members of his Special Forces squad are dying in mysterious circumstances.

But with every agency in the country in hot pursuit, their only choice is to flee.

The clock is ticking. They can’t run forever. It’s time to make a choice: kill or be killed…

Alan McDermott is a husband and a father to beautiful twin girls, and currently lives in the south of England. Born in West Germany to Scottish parents, Alan spent his early years moving from town to town as his father was posted to different army units around the United Kingdom. Alan has had a number of jobs since leaving school, including working on a cruise ship in Hong Kong and Singapore, where he met his wife, and as a software developer creating clinical applications for the National Health Service. Alan gave up his day job in December 2014 to become a full-time author. Alan's writing career began in 2011 with the action thriller Gray Justice, his first full-length novel.

Grant John Alexander
TOP 1000 REVIEWER
5.0 out of 5 stars Hide and seek more likely
3 December 2018
Format: Kindle EditionVerified Purchase
Wow, l loved the Gray series , but man what a fantastic story line this was. This story line is so scary only the names have been changed. The mega rich really do control things , only so they get richer and more powerful. However they tripped the wrong switch by killing Eva's brother. The whole secret services,were manipulated into tracking her every move , and many men paid the price . A ruthless assassin and band of four helpers really kicked area. Read this book with an open mind and it will have you wondering.
Read more
3 people found this helpful
Helpful
Comment Report abuse

Amazon Customer
TOP 500 REVIEWER
4.0 out of 5 stars Quite enjoyable
31 August 2018
Format: Kindle EditionVerified Purchase
I liked the fact that Eva Driscoll has been moved into Tom Gray’s orbit of influence, albeit under the guise of using Minotaur “owners” as part of her entourage. Fast moving action, if a little far fetched (but then again had the 47th US president been elected by the inception of this novel?) but still with enough of a hook to keep me reading to the small hours of the morning. I will look forward to the next offering featuring these protagonists. Thank you Alan McDermott
Read more
3 people found this helpful
Helpful
Comment Report abuse

trevor davis
4.0 out of 5 stars Intriging storyline.
19 June 2019
Format: Kindle EditionVerified Purchase
I found this book to be an interesting read. In particular the change of direction as to whom was the main character from the opening to the developing story. It was interesting how the main character developed into being a woman amongst a number of males supporting her and opposing her.
Read more
3 people found this helpful
Helpful
Comment Report abuse

Alan G. Hider
TOP 1000 REVIEWER
5.0 out of 5 stars compelling new world order background
22 December 2018
Format: Kindle EditionVerified Purchase
The reality of the back story is scary. The characters are excellent, and of course there are the inevitable near-death escapes but the entire thing is sensational.If you like action look no further,
Read more
3 people found this helpful
Helpful
Comment Report abuse

Amazon Customer
5.0 out of 5 stars ACTION PACKED
1 December 2019
Format: Kindle EditionVerified Purchase
Action packed all the way. This is a really good read with the main character being the hero. All the other characters are well developed, and the storyline is like a rollercoaster with twists and turns all the way. A must for the next books in this series as there's definitely going to be more twists and turns to come.
Thank you Alan McDermott for a really good read.
I highly recommend this series.

E. P. Young
5.0 out of 5 stars Edge of the seat thriller
18 December 2018
Format: Kindle EditionVerified Purchase
Really enjoyed this book and didn't want to put it down. The characters were all interesting and I liked that a woman was written about as the main protagonist without her seeming like a sort of ludicrous Lara Croft, superwoman caricature. I would definitely recommend this book. I would also recommend Book 2 which I just finished reading this morning!
Read more
2 people found this helpful
Helpful
Comment Report abuse

Amazon Customer
5.0 out of 5 stars Good old baddies versus goodies
4 June 2019
Format: Kindle EditionVerified Purchase
If you want a book that takes your mind off everyday issues and immerses you in good versus evil plots then try this, as you will find it hard to put down.
Read more
One person found this helpful
Helpful
Comment Report abuse

tassiedevil
5.0 out of 5 stars A gripping tale
19 June 2019
Format: Kindle EditionVerified Purchase
As one comes to expect with this writers continued output, we are led through another adventure keeping the reader involved with many characters in the story.
Read more
One person found this helpful
Helpful
Comment Report abuse
There are 40 customer reviews and 46 customer ratings.
See all 40 customer reviews
Write a customer review

Go to Amazon.com to see all 159 reviews 4.3 out of 5 stars
Get FREE delivery with Amazon Prime
Prime members enjoy FREE Delivery and exclusive access to movies, TV shows, music, Kindle e-books, Twitch Prime, and more.
> Get Started
Back to top
Get to Know Us
Make Money with Us
Let Us Help You
And don't forget:
© 1996-2020, Amazon.com, Inc. or its affiliates