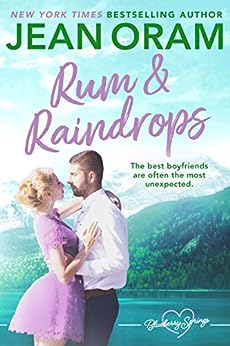 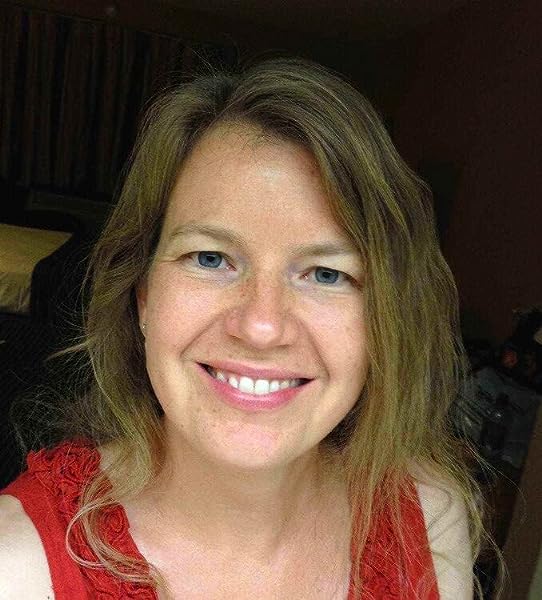 "This is a great book to read when you want to forget some of the more discouraging parts of life and concentrate on feeling good." --reader review from Illinois Reader.

"This was a great story that had me from page one." --reader review from Joni.

"It's always refreshing to read a sweet romance and this is one I certainly recommend. The characters were all so true to life and well written which just made you fall in love with them and Blueberry Springs." --reader review from B.J.

4.2 out of 5 stars
4.2 out of 5
154 global ratings
How are ratings calculated?
To calculate the overall star rating and percentage breakdown by star, we don’t use a simple average. Instead, our system considers things like how recent a review is and if the reviewer bought the item on Amazon. It also analyses reviews to verify trustworthiness.

Cindy
5.0 out of 5 stars Rum and Raindrops: A Blueberry Springs Chickit Sweet Contemporary Romance, by Jean Iran.
Reviewed in the United Kingdom on 15 June 2016
Verified Purchase
Another great story in this " Blueberry Springs" series with a strong willed woman, Jen, who was betrayed by her parents and then her boyfriend cheating on her with her best friend which left her to flee and start a midwife in Blueberry Springs. This story was somewhat achingly frustrating to the fact that all through the story, there was the element of doubt as to whether Jen was responsible for nearly burning down the whole town with a forest that surrounded the town. As she was in the forest that weekend on a nature guide trek with her clients. Which I may add, would make anyone Somewhat skittish. Knowing in her own heart that she was not responsible was one thing, but when a handsome fire investigator came and interviewed her as a suspect, it was enough to turn any girls head, being accuses and what the guy did to her hormones. She was even second guessing herself as to whether she did put her camp fires out properly, it led to an element of doubt on her part. All the while being attracted to the investigator, Rob, who definitely did funny flips to her insides. I loved the part when she took him on the trail after the fire was out to check where she camped that weekend in question and he got all the evidence he needed, but coming back the heavens opened and they got soaking wet and soot residue still in the air and my imagination took over. It just had me howling with laughter, they must have looked like two mud wrestlers. It amazes me how her friend Moe kept popping up all over the place and at the most untimely moment, claiming to be her protector, but I think he had a .ore than a friendly interest in her, not seeing that Amy was besotted with him, she must have had bags of patience. He seem to stick like glue, so Jen told him to go and be with Amy. This romance story has all the ingredients that compelled you to keep reading without interruptions. Loved this book just as much as the others.
Read more
One person found this helpful
Report abuse

MsMerylB
4.0 out of 5 stars 3.5 stars
Reviewed in the United Kingdom on 20 April 2019
Verified Purchase
This is an easy to read small town story. Everyone sticks together and supports one another. Jen and Rob's relationship was going to be an uphill battle from the beginning as he was there to investigate her. Good to see Jen putting her past behind her.

The only thing I didn't enjoy was the editing of this book. There are spelling mistakes and incorrect grammar throughout.

HeyerFan
4.0 out of 5 stars Conflict of Interest Romance
Reviewed in the United Kingdom on 5 August 2019
Verified Purchase
Jen’s fight or flight response is well honed towards flight and has been since she was sixteen. When she becomes the primary suspect in a forest fire she wants to run again but resists temptation. Her life is further complicated by falling for the fire investigator and having her past come back to haunt her. A well written small town romance.
Read more
Report abuse

Laura
5.0 out of 5 stars Excellent
Reviewed in the United Kingdom on 24 September 2015
Verified Purchase
This is probably my favourite book in the Blueberry Springs series so far. It's a well thought out book with more laugh out loud moments. You can relate to the characters in some way or another and are made to feel as though you're in the book with them. It was very hard to put down. If I didn't have work to go to, I don't think I would have been able to at all. A massive 5 stars for this book and recommended to anyone (I recommend that you read the others first to get a sense of who everyone is etc)
I have read a few first books in a series and haven't been drawn in enough to purchase the rest of them. This isn't the case with this series and am just about to purchase book 4. I can't wait to read more and will be disappointed when they're finished. Well done Jean, you are fast becoming one of my favourite authors.
Read more
Report abuse

Kindle Customer
3.0 out of 5 stars Chaotic
Reviewed in the United Kingdom on 7 April 2019
Verified Purchase
A muddled story that needs serious editing. Confusing story line about an unhappy girl who has trust issues from her past. It has the potential to be a good read once edited too many ideas all jammed in together.
Read more
Report abuse
See all reviews
Back to top
Get to Know Us
Make Money with Us
Let Us Help You
And don't forget:
© 1996-2021, Amazon.com, Inc. or its affiliates