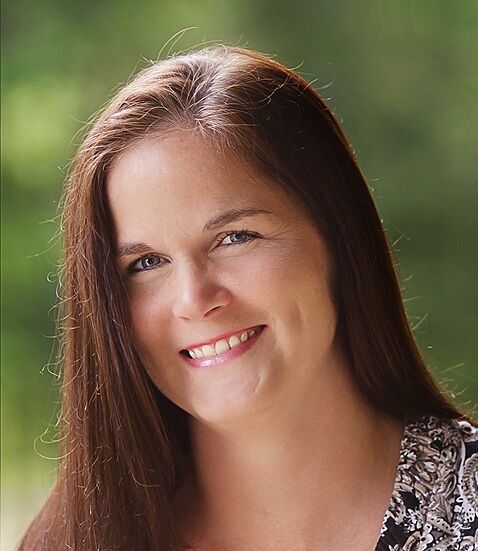 by Becca Jameson (Author)
4.3 out of 5 stars 52 ratings
See all formats and editions
Sorry, there was a problem loading this page. Try again.

Page 1 of 1 Start overPage 1 of 1
Previous page
Next page
Start reading The Rules (Claiming Her Book 1) on your Kindle in under a minute.

Nicca
5.0 out of 5 stars Excellent read
Reviewed in Australia on 6 August 2016
Verified Purchase
Thoroughly enjoyed reading this book. I loved Cade's cockiness and self-assuredness and how dedicated and committed he was with Amelia from day one... Even her walking out on him suddenly didn't weaken his love and devotion to her. It's a beautiful love story!
Read more
Helpful
Report abuse

CSR
2.0 out of 5 stars Book descriptor is inadequate IMO
Reviewed in Australia on 16 July 2018
I’m really struggling with this one and I’m writing this review so others have the benefit of knowing what is ahead that I did not.

Firstly, this book is not poorly written per se (tho I do prefer dual POV), which would be my usual bug bear and cause for a low rating. On that basis, it probably doesn’t deserve a very low rating at all. No jarring typos or horrible grammar. My core issue is the author’s representation of what a D/s relationship might look like. I almost put the book down and refused to continue reading by chapter 4, that’s how unhappy and uncomfortable I was.

Let me paint you a picture: a 24 year old woman has gone from study (masters) to her “dream job” – entry level, well over qualified, but dreamed of working for this company so took any job she could get. She’s been so focused on her studies that she’s made no time (yes, virginal no time) for relationships. She has a visceral reaction to the owner of the company (our Dom), when he approaches her at a bar and removes her from her friends for some alone time. Both completely aware they work together.
The next day she’s asked to complete a shopping list of pickups for the boss (not outside of her go-fer duties), and deliver them to his home. Which she does with increasing agitation (I think the adult store sent her over the edge :P). Surprise, surprise, he’s home when she arrives. And here’s where it all goes wrong for me. He takes advantage of her “natural submissive” tendencies to coerce her into his home, ignores her every attempt to leave and promptly tells her she makes his dick hard (his words, not mine). I think this is supposed to be the justification for all of his behaviour, his “unusual” reaction to her, because he takes no trouble to discuss Dominance or submission with her before he has her stripped naked and submitting to him. I wondered at one point if we were dealing with a hypnosis kink in the story perhaps. She was so clearly at war with herself, so much so that she was in humiliated tears before the evening was out, and yet our Dom pushes on… Never mind the serious power differential between them. Never mind the total lack of informed consent to the activities and the coerced agreement. It was all a step too far for me and had my mind shouting “#metoo”.

After a break, I decided to push on myself, hoping and praying there was some explanation for his behaviours. Something in his past, some twisted emotional damage, I don’t know. I’m not anti-dark erotica or anything (though I don’t think the author was going for that genre to be honest). In fact in the right mood I love it. But there’s usually some explanation of sorts for the reckless Dom behaviour in those circumstances. And I’m sorry to say, I got all the way to the end of the book? And nothing. So yeah. He’s just a really shitty example of the tenants of the lifestyle IMO. And that was really tough to read as someone in it. It was almost laughable actually, at one point he collars our sub, and even acknowledges she doesn’t understand what that means. I think they’d been together less than a week at that point. Not that time has to be relevant. But the total lack of care in attempting to help his “sub” understand what was going on, what was being proposed, what that meant for her and for him… UGH.

On the flipside – some of my favourite aftercare scenes ever! A sorely overlooked feature in BDSM fiction sometimes. And by the almost end of the second part of the book, our sub has managed to get some distance and perspective and found her feet sufficiently to say “no”… well, mostly.
So here I sit, torn. I can’t condone how their relationship started out. I’m not even really thrilled with where it went to be honest. There were no mitigating factors to explain the Dom’s behaviours away. And I just wished I’d known before I opened the book that this Dom was going to be crafted this way. I’d have avoided the book entirely. To each their own. But nothing in the descriptor led me to think “reckless abuse”.

jd66
5.0 out of 5 stars Great book
Reviewed in the United Kingdom on 23 April 2016
Verified Purchase
Loved this book. Slightly different from Ms Jameson other books. Great story and characters. Very steamy. Can't wait for the next book.
Read more
One person found this helpful
Report abuse

SLK
1.0 out of 5 stars I Asked For A Refund
Reviewed in the United States on 15 May 2018
Verified Purchase
I have read many of Becca Jameson's books and never have I considered any of her heros abusive. In fact, I've enjoyed every book I've had the pleasure of reading from her...until now. In her previous books I have liked her male doms and the break away from the cookie cutter "spank you on your bare bottom" type BDSM books that seem to be the "go to" for those that enjoy the lifestyle or that are curious about it. That being said, here in The Rules, Cade, was a massive abusive ****wad and I can't believe this book has received so many stars. Cade is NOT an alpha male or sexy Dom, he's a dangerous, overbearing abuser.

From the second he interacted with Amy he was overly controlling (NOT sexy controlling). Not only did he physically intimidate her while she was in his home as his employee he also by FAR crossed lines when she stated several times she was not comfortable with a relationship between them as boss and employee and yet he still pushed her. He put her in a position where she was uncomfortable telling him "no" because he was her boss and he was insistent on piling her full of wine even though she did not want to drink. He steam-rolled her and ignored all of her comments pretty much stating he didn't give a shit about her other than to get in her pants. Hell, honestly I'm surprised Becca Jameson didn't have Cade roofie her after she made the drop off at his home. He also punished her along with having other sexual situations come along with no safeword set.

I'm all for a bodice ripper and forced seduction, but the male in the story better be well written as a decent enough person to show he can step away from just a stalker/rapist vibe. I didn't even finish this book because of how things were handled after she left. Amy needs a backbone and Cade needs a freaking therapist or four.
Read more
30 people found this helpful
Report abuse

Booklover
3.0 out of 5 stars Ugh. What happened?!
Reviewed in the United States on 3 February 2015
Verified Purchase
I have read most of Becca Jameson's books and have really enjoyed them. This one was a huge disappointment. I really enjoyed the first part of the book. Going into the second part is were I have problems. Actually it's Amelia I have the problem with. She finds out something about Cade but rather than talk to him, yell at him or any number of reasonable reactions she moves and uses a different name so he can't find her and doesn't even tell him why. Her reactions to most of the situations is ridiculous. Then it's five months before he finds her and it's only because his friend owns the company she works for. She is suppose to be smart and has a masters degree yet she acts like she is in high school. I did not like the Amelia in the second half of the book. Cade is always telling her she's sexy, gorgeous building her up while she's knocking him down. She calls him an ass$#@! allot. Her personality in the second half of the book is so different she seems like a different person all together. Loved Cade. He was a sweet Alpha male.
Read more
8 people found this helpful
Report abuse

Mel M
4.0 out of 5 stars Rules: His and Hers
Reviewed in the United States on 18 April 2018
Verified Purchase
Cade Alexander: gorgeous, successful, forceful and Dominant. A man who sees what he wants and he gets it. In his sights? Amelia Kensington: fresh out of school with an MBA, beautiful, naive, innocent and submissive . Cade sees her on the first day of her new job at Alexander Technologies and he wants her. Refusing to take no for an answer, Cade methodically breaks down all of Amelia's objections to their having a relationship. She quickly learns the Dom has many rules for her to abide by. Things move along, happily until they don't. A surprise visitor to Cade's home sends Amelia reeling. She literally disappears from Cade's life.

When he finally finds Amelia five months later he tries to steamroll her once again but she's not having it. She's not the naive little sub she was before. After learning the truth from Cade she agrees to be his again but this time she has rules. If he wants to be with her he will have to accept them. The rules work in both their favor and they get their HEA.
Read more
2 people found this helpful
Report abuse

Marty leei loved reading this story. i
4.0 out of 5 stars A wonderful love story
Reviewed in the United States on 1 December 2018
Verified Purchase
I thourley enjoyed reading this story with lots of character development and romantic relationships. I especially liked even being a sub , Amy was strict about having rules about some aspects of her life. I loved the sexy scenes that they had and heartwarming storyline.
Read more
One person found this helpful
Report abuse
See all reviews
Back to top
Get to Know Us
Make Money with Us
Let Us Help You
And don't forget:
© 1996-2021, Amazon.com, Inc. or its affiliates