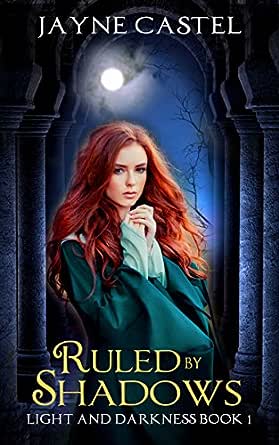 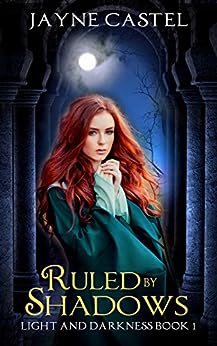 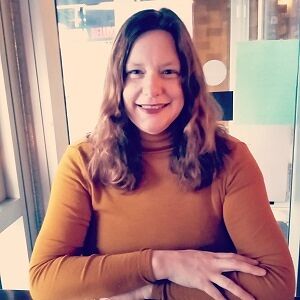 Alison Pridie
5.0 out of 5 stars An Epic Journey Fraught with Danger
Reviewed in the United States on 25 September 2019
Verified Purchase
Ruled by Shadows
Jayne Castle
⭐⭐⭐⭐⭐

Lilia moves to a busy port and finds work there at a local inn because she is tired of living in a small town. She has a big secret to keep and she doesn't ever want anyone to know, but her neat and orderly life is about to change the day a handsome stranger shows up at the inn.
She falls for him in every way, but he tells her he must leave and puts a charm stone around her neck telling her that she must keep it safe and that he will be back for it.

Dain has wanted Lilia from the moment she started work as a cook at the inn that his parents own, but it seems that she does not return his feelings. The man she seems to want has left leaving her strangly listless. Then when something strange happens and the man who gave her the charm comes back Dain steps up becoming Lilia's protecter.

Now Lilia must forge ahead on an epic journey into danger and discovery all while fleeing from shadow creatures and assassins. They must protect the stone at all costs as the shadows are deepening and an ancient evil risks being unleashed on the world. Lilia must not only face the darkness and come to terms with it she must face her own fears and understand who she really is.

Will Lilia and Dane be able to keep the stone safe or will the evil lurking in the shadows win?

Jayne Castle writes a story that is absolutly incredible. This epic fantasy will keep you rivited to the spot and reading long into the night. I had a blast reading this story and I can't wait to read the next one. This is a story that I will not be forgetting anytime soon.
Read more
3 people found this helpful
Report abuse

K Carpenter
4.0 out of 5 stars Solid high fantasy with original twists
Reviewed in the United States on 22 January 2019
Verified Purchase
Ruled by Shadows is a delightful twist on the Heroes Journey, in that the young farm boy trope is replaced by a young female kitchen girl. Filled with interesting characters and a world that feels large and believable I very much enjoyed immersing myself in the culture and history of Castel's creation - and let's not forget the magic!
I was a little surprised to discover that this is technically a standalone novel, the follow up uses the same world but shifts focus to secondary characters. Fortunately all Castel's characters are interesting, so this is a positive, (personality I prefer standalones) but I just wasn't expecting it as I had assumed being high fantasy it followed a standard trilogy format.
Read more
3 people found this helpful
Report abuse

Scarolet Ellis
5.0 out of 5 stars Amazing read.
Reviewed in the United States on 9 August 2018
Verified Purchase
Ruled by Shadows by Jayne Castel is an amazing story to read. This is book number one in this amazing start to a brand new series. Jayne Castel is becoming one of my favorite authors. She brought this story alive to me so I felt like I was living it not just reading it. This book has very strong characters and well written plot. I loved reading it. I love reading fantasy and this book when you purchase it will not disapoint you at all. I can not wait to read the next book I loved this one so much it can only get better reading as the series goes on.

I received a free copy of this book via Booksprout and am voluntarily leaving a review.
Read more
2 people found this helpful
Report abuse

Linda Trefts
5.0 out of 5 stars Amazing
Reviewed in the United States on 25 December 2019
Verified Purchase
A full deck of characters, all talented and memorable.
The story begins with Lilia a young naive girl leaving her small-town home, striking out on her own, against her mother’s wishes and advice. She meets many others; some are friends, others want her dead, or worse. She carries a secret within her that will get her killed, if her foes learn of it.
This story, book 1, held my interest throughout. It compares favorably to Tolkien’s immense tales. I shall purchase book 2.
Read more
Report abuse
See all reviews
Get FREE delivery with Amazon Prime
Prime members enjoy FREE Delivery and exclusive access to movies, TV shows, music, Kindle e-books, Twitch Prime, and more.
> Get Started
Back to top
Get to Know Us
Make Money with Us
Let Us Help You
And don't forget:
© 1996-2020, Amazon.com, Inc. or its affiliates